Sound Off: Black Women Writers Respond to Rihanna’s “Pour it Up” – The Feminist Wire

Home / Music / Sound Off: Black Women Writers Respond to Rihanna’s “Pour it Up”

Sound Off: Black Women Writers Respond to Rihanna’s “Pour it Up”

Given all of the responses,  mostly negative, to Rihanna’s “Pour it Up” video, TFW decided to invite a few of our favorite black women writers to sound off. Their responses remind us that there is much to consider regarding respectability politics, power, violence, sex, sex positivity, sexuality, agency, popular culture, womanhood, and much else among feminists. Check out the responses below and join the conversation. 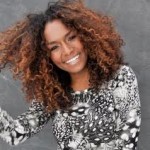 The video for “Pour It Up” bored me.

From the headlines it spawned (my fave being: “Rihanna Twerks Dangerously”), I didn’t expect much from the video. What would’ve been groundbreaking to me would’ve been an actual narrative of the lives of women who dance for money, women engaged in stigmatized work, women who are told that they are shameful and their lives should be kept secret.

Instead, all “Pour It Up” did was showcase women dancing for money as another woman sits idly, twerking upside down, mind you, on a gold throne while draped in gaudy Chanel product placements.

I don’t find strippers to be shocking or even titillating. That’s likely because I see them and all people engaged in sex work and/or trade as whole human beings with agency, stories, traumas, love and sexuality – and like most people with jobs, theirs should not limit or define them.

From what I believe Rihanna’s life to be (as sourced from her prolific Instagram account), the “Pour It Up” video is just a snapshot of another RiRi Wednesday night, filled with body-con designer labels, a spliff and women wielding their bodies, their sexuality and their lives.

Janet Mock is a writer, activist and author of Redefining Realness, her forthcoming memoir about living authentically as a Black and Native Hawaiian trans woman. You can learn more about her work at www.JanetMock.com 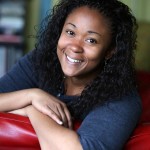 “Did we really go through years of fighting for women rights, showing that we aren’t sexual objects, only for people like Rihanna to throw it back into history’s face? This generation is doomed with so called ‘role modes’ like her.”
—Beckie Abingdon

“I don’t see the fascination with being a piece of meat. Is that not what began the women’s rights movement?”
—Ganjifarian

“all i can think about is the little girls and weak women who will imitate this. really sad. why is she doing this?”
—Faith Bowman

These comments, posted on the official RihannaVevo page in response to the explicit version of her latest video “Pour It Up,” aren’t the only ones of their kind. Many of the video’s 31+ million viewers are disgusted by what they’re interpreting to be yet another example of women’s objectification. In considering the most prolific theories of objectification, though, that’s not really working for me. Martha Nussbaum claims that objectivity has seven features: instrumentality, denial of autonomy and self-determination, inertness, fungibility, violability, ownership, and denial of subjectivity. Then, over a decade later, Rae Langton added reduction to body, reduction to appearance, and silencing to Nussbaum’s theory. Without dismissing these theories entirely, I argue that many interpretations of these theories, such as those expressed in the above comments, perpetuate the denigration of marginalized people by theoretically chaining us to people in power. For example, since men are sometimes sexually aroused by women’s bodies, women participating in activities that men may find titillating are perpetuating the objectification of women. That’s way too simplistic. Scholars that challenge “respectability politics,” including me, argue that this theoretical policing limits our understanding of the nuanced and complex ways in which people navigate power and resistance.

On the other hand, some scholars find many arguments about women in the strip club industry to be too individualistic. In “Keeping Women Down and Out: The Strip Club Boom and the Reinforcement of Male Dominance,” Sheila Jeffreys challenges theories that understand stripping as “socially transgressive, an exercise of women’s agency, or a form of empowerment for women” by claiming that they “exemplify the decontextualized individualism” that ignores the institutional marginalization of women in the strip club economy. In this way, Jeffreys is especially concerned with the implications of male dominance—the power and control men have in the stripping industry, which is especially the case regarding the ownership of strip clubs. Now, I’m “here” with Jeffreys. When a certain group of people control any given industry—music, education, health, sports, law enforcement, politics, etc.—their interests almost always become primary, which has serious implications for those situated on the “outside” looking in. Still, this isn’t quite doing it for me either regarding “Pour It Up.”

At the end of 2010, my husband, some friends, and I went to a dance club in Denver, CO to celebrate New Year’s Eve. We were having a great time—drinking, dancing, and singing along with old and new hip hop and R&B classics—when a woman approached me and politely asked if I would “please move a little to the left” so that she could do her thing on a pole next to me. She continued, smiling, “I’m going to come down pretty fast, and I just don’t want to hit you.” Of course, I obliged. Mind you, this pole had to be 40-50 feet tall, so I was actually excited to see what she was about to do. And when she did what she did, my eyes widened and my jaw dropped in complete amazement. She came down the pole upside down at what seemed like 100 mph, and stopped just short of hitting her head on the floor. More than two years later, I found myself making the same face while watching “Pour It Up” for the first time. I mean, DAMN—I was so impressed. I’ve always been intrigued by what the body can do, and the athleticism of professional strippers, such as those featured in Rihanna’s video, is nothing short of astounding.

In Freedom Dreams: The Black Radical Imagination, Robin D. G. Kelley writes, “Without new visions, we don’t know what to build, only what to knock down.” Almost always focusing entirely on strippers’ sexuality, existing visions of the stripper’s body typically imagine it in one of two ways—empowered or oppressed. But what happens when we think more critically about these binaries that silence strippers who, the video suggests, see themselves in more complicated ways? We see, I would argue, what the videos implores us to see: the stripper as an athlete, as an artist—not as an object lacking autonomy and self-determination, as a silenced body, reduced to appearance. Objectified? In some cases. Empowered? In some cases. We often think of strippers as merely “shaking their ass for cash,” ignoring their strength, agility, and endurance. This ignorance then becomes the reductive mechanism we employ in order to position ourselves as heroes that will recover the stripper’s sexuality or eliminate the stripper’s oppression. Instead, we might sometimes consider moving a little to the left so that the strippers can do their thing.

Heidi R. Lewis is an Assistant Professor of Feminist & Gender Studies at Colorado College. She has an essay featured in The Cultural Impact of Kanye West, an article forthcoming in the Journal of Popular Culture, and is currently in the process of completing manuscripts based on this piece, as well as FX’s The Shield. Heidi has been a contributor to NewBlackMan, “Here and Now,” KOAA news, and NPR affiliate KRCC. Learn more by following her on Twitter at @therealphdmommy and by visiting her FemGeniuses website. 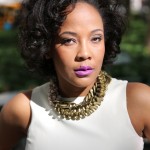 Black women have long since had to carry the burden of respectability, and some may argue that Rihanna is using her artistic license, and cutting her eye at notions of nobility and legacy. The video fails in trying to recast the disreputable lascivious Jezebel, but it is a reminder of a part of society that exists – that is real – that is asking to have their humanity recognized sans the respectability police. Rihanna and her video co-stars are perpetuating an image much of the black community wants to disavowal, label as an untrue caricature of modern black womanhood. When we use the lens of feminist theory, academia, and historical contextualization we are robbing the larger population of a conversation about black women’s bodies and agency.  The challenge is: How do we include those most affected by the song and video into the conversation?

Pour it Up, has been coined a “stripper anthem,” which glamorizes the lifestyle, but it isn’t social commentary on the hardships of exotic dancing, so we can’t change the song’s/video’s narrative. Despite Rihanna’s “Bad Girl” image, she has temporarily donned the hat of sex object and can take it off, unlike many who may be watching and aspiring to a life of diamond-encrusted bras, thongs cloaked by money and a waist adorned by Chanel. While the Bajan artist’s pockets may be “deep and never end,” that is a fallacy to the average exotic dancer – those likely watching and imitating.

The video serves as a reminder that commodification, hyper-sexualization, and the defiling of black women’s bodies are thriving. When competition for the spotlight leads to self-degradation there is cause for concern and conversation, particularly when there are women across the globe that have no claims to their own bodies. Yet, it begs the question, are we using a classist lens if we say, “Let our art, our minds, our talents reverberate loudly without endorsing stereotypes of hyper sexuality, where our bodies are pawns and misappropriated vessels?

Sylvia A. Harvey (SAH) is a freelance journalist + storyteller who covers culture, race and gender. You can follow Ms_SAH on twitter, connect with her on Facebook and check out her work here.