Personal is Political: An Open Letter to amerika – The Feminist Wire

Home / Bodies / Personal is Political: An Open Letter to amerika

Personal is Political: An Open Letter to amerika 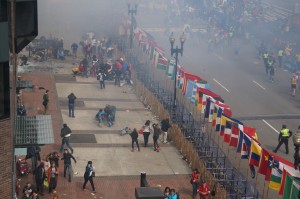 My South Asian friend and I were discussing the Boston Marathon bombings and he admitted to me that he thought that the perpetrator might be Muslim. That same thought had reverberated with me since the incident occurred, but I would never outwardly admit it. I was so, so scared. I was overome with memories of personal experience and a feeling of alienation.

I remembered your FBI interrogating my father at the U.S.-Mexico border when I was eleven. I remembered the rampage that occurred at the Wisconsin Sikh temple, which left six innocent people dead. I remembered being told I was ugly because I was/am dark. I remembered my father telling me he was casually called a sandnigger one day. I remembered being made fun of because I wore a bindi at school. I remembered being chosen to be violated in the TSA scanner in the airport, mortified that the man behind the computer screen had access to my body. I wanted to prove that I was a part of, not apart, from you. My existence would move from the periphery to the forefront of your consciousness. I no longer facilitated white existence with my model-minority label; I threatened it. I would be identified not for the good that I’ve done but for my potential to do evil, evil that is associated with nothing more than my skin.

I was once invisible. My people had some of the highest incomes in the nation, excelled in STEM fields and had adequately conformed to whiteness. Now, I’m hypervisible. I’m a target. Just ask the dead Abdulrahman al-Awlak’s family. Even at one of your “great” educational institutions, I had two balloons filled with bleach thrown at me. The intransigence of my existence has denigrated to potential terrorist, potential threat, potential bomb. Six hundred forty-two hate crimes were committed against South Asians post-9/11. Six hundred forty-two people who didn’t do a damn thing. Their only crime was wearing a turban, a bindi, a sari—having brown skin. 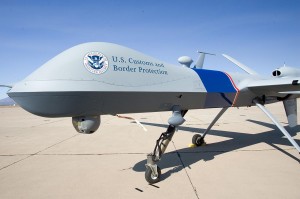 As long as you have a black president, send out drones to Pakistan, missionaries to Africa, and invest more in the military than any other country, you think you’ve fulfilled your duties. As long as there are men like Clarence Thomas, Colin Powell, Herman Cain and Bobby Jindal, you will always be justified. You, amerika, are the real terrorist; you conceived the FBI, the CIA, the KKK. You’re a terrorist who’s committing genocide against bodies of color. You proudly display your fifty white supremacist stars, which bathe in the beautiful blue tears of my sisters of color who grieve over the red stripes of blood belonging to our brothers. You’ve scared us out of our own identities, but we can’t run from ourselves. 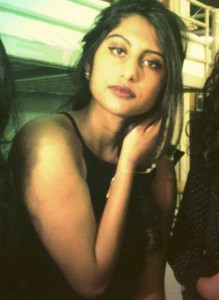 Mirusha Yogarajah is in her fourth year majoring in African and African Diaspora Studies, Government, and Liberal Arts Honors at the University of Texas at Austin. She originates from Toronto, Canada and is of Sri Lankan Tamil descent, which galvanized her exploration of African and Asian solidarity efforts. She likes to write poetry and exchange knowledge, preferably over a few drinks.