Op-Ed: Perspectives We Don’t Need and Those We Do – The Feminist Wire

Home / Culture / Op-Ed: Perspectives We Don’t Need and Those We Do

Op-Ed: Perspectives We Don’t Need and Those We Do 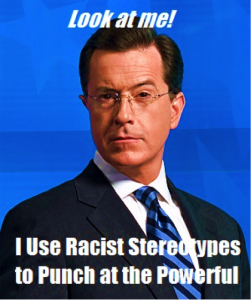 In popular discourse, we have come to recognize individuals from dominant groups who advocate for civil rights and liberties on behalf of “others.” Such individuals aim to foster an alliance with other racial groups to indicate a shared interest in social progression. Objectives of a racial alliance are to advance a conversation about structured overt racism in the face of denial, to inspire change, and to build a stronger, more harmonious public sphere. This dialogue relies on notions of the “racial ally.”

We know “racial allies” from correspondents on the news, from scenes in popular films and programs, and in feminist and progressive writing. Ironically, the impact these so-called racial allies have is often more adversive than progressive. That is, their involvement keeps the focus on a white perspective. Considering the historical absence of minority voices in the U.S., this is important. White perspectives are limited by the fact that they come from a place of privilege and have no authority to speak for racialized groups. Despite what may be the best of intentions, the continuous presence of white commentary hinders opportunities for minority voices to offer necessary perspectives needed to reform our understanding of diverse lived experiences.

Popular media in the U.S. tackles racism periodically and usually makes egregious errors. In a recent media scandal, comedian Stephen Colbert took one joke too far when he mocked the speech of Asians in an episode that aired in April. Some viewers questioned whether Colbert is in any kind of position to satirize racial groups. Others, however, disagreed. They argued that his show creates a playground for television viewers to tune in for a few hours each week and laugh at jokes otherwise unsuitable. Colbert’s audience loves to get in on the joke about right-wing conspiracies, and many feel there was no harm done. They believe his behavior is acceptable because he is “on the right side of the joke.”

Michelle Medina responded with a critical essay in TFW, arguing that the white and highly paid Stephen Colbert funnels racism and bigotry in hopes of deflecting such thinking, but fails to do so. While it’s true the show tries to hold up a mirror to the faces of some of the biggest perpetrators of racism in the media, such as Fox News, Colbert’s character still manages to offend his audience. His use of satire tries to humiliate bigots, but take a look at Stephen Colbert and you’ll find plenty of wealthy white men who share much in common with the right-wingers he seeks to expose. Differences between the character Colbert plays on the show, Colbert himself, and the individuals he satirizes are relatively minor. Colbert’s writers and producers are white, and the individuals he interviews are overwhelmingly white and privileged. Yet Colbert’s fans believe he contributes to social progress. Where are the minority correspondents, producers, and writers then?

Racial jokes perpetuate dominant perspectives in the guise of progress. Minority groups who felt targeted by Colbert advocated for cancellation of his show and were met with harassment and threats from Colbert’s fans. This type of response discourages marginalized groups to stand up for themselves, and the media is often rightly accused of closing down spaces for critical conversations. When minority groups are not the brunt of the joke in popular media, they may be wholly absent from the dialogue. Well-intentioned newscasters, feminists, and others who advocate for marginalized groups simply cannot see their critical errors of omission. So-called racial allies, then, can drown out the voices of others.

How to stop this cycle? Racial allies should work to create space for the voices of the marginalized to be heard. One example of this is the selection of Larry Wilmore to take over “The Colbert Report,” providing the first minority perspective on late night since Arsenio Hall. Jon Stewart is credited with putting forward Wilmore’s name. Such practices may be an effective way for racial allies to create a broader platform for minority voices. Each time a privileged voice defers to a minority one, the perspective will be widened toward dismantling systemic racism. 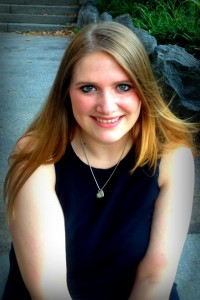 Mirabel Ash writes about race consciousness and race/gender/class intersectionality — specifically in relation to navigating these dimensions of social life. Strongly interested in anthropological and diachronic linguistics, she is a graduate of Hunter College with a degree in English Language Arts. She lives in New York City and is pursuing a graduate degree in Teaching English as a Second Language (TESOL).

Related Itemscomedyracial alliesStephen Colbert
← Previous Story #FergusonFridays: If it wasn’t for the women…[i]
Next Story → Where are the White Feminists? MIA on Racist Misogynist Police Violence