Home / Academia / Baby Gammy and the Problem of Women’s Labor

Baby Gammy and the Problem of Women’s Labor

In a recent opinion piece in The Guardian, Suzanne Moore likens inter-country surrogacy to a “twisted version of slavery,” one where “poor women are disposable receptacles for the privileged.” She claims that the recent Baby Gammy case highlights exactly what is wrong with the “whole process” of surrogacy and ends by saying that “trading wombs and babies on the free market devalues women [and] life.”

Moore is right on some of these points. But her commentary leaves much to be desired. In general, her focus on the ills of fertility tourism seem to cloud the deeper problem here: the problem of women’s reproductive labor in general. And by not focusing on the real issue at hand, her commentary leads to some potentially disastrous policy proposals. 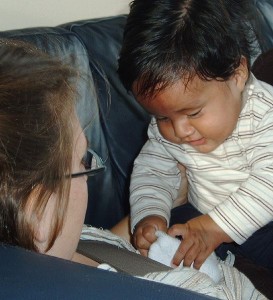 The Baby Gammy case might actually shed (some) light on an older debate in postcolonial feminism, i.e. the debate that centers on the different relationships that women have to reproductive labor due to socioeconomic status. In general, the view is that postcolonial feminists might reject some Western feminist theory that focuses on the “traditional” feminist struggles because those struggles are typically focused on the problems of middle to upper class white women. The central claim here is that the exclusive focus on seemingly gynocentric analysis ignores the way issues of poverty and race acutely affect poor women and women of color alike. In other words: How should we track the exploitation? Should we pay more attention to class or sex? Where does race fit into the picture?

We might question whether the postcolonial feminist critiques of some Western feminist thought are warranted. Indeed, we might claim that, at its core, feminist theory ought to be gynocentric. This is because, as Gemma Tang Nain puts it, while “[middle and upper class women] might be able to avoid that aspect of reproduction described as domestic labor [housework and childcare],” they will “still need to be involved in biological and human reproduction [such as pregnancy].” Thus even though middle and upper class women might be able to shirk some reproductive labor, they are nevertheless, in the end, subject to the same type of oppression as poor women and/or women of color. From this analysis, oppression is always there; it’s just a matter of severity.

I should note that by reproductive labor I mean labor that is usually invisible in capitalist economies, but which capitalist economies are typically reliant upon. This includes work inside the “domestic” or “private” sphere, including pregnancy, child-rearing, and other forms of labor needed to sustain households (and thus sustain productive persons). For some (e.g. Shulamith Firestone), it is the disproportionate burden that women face with regard to reproductive labor that is not a consequence, but a cause, of the gender inequality that characterizes modern society. 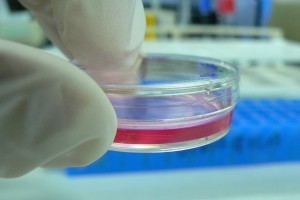 The Baby Gammy case might suggest that, actually, a middle or upper class woman (i.e. generally a woman who can afford a “gestational carrier”) might completely sidestep the reproductive labor of pregnancy by contracting with a gestational carrier. In other words, if a woman is rich enough, she can avoid much of the reproductive labor that some feminists take to be the origin of (or, at least, a central part of) the oppression that circumscribes their lives. Indeed, this view was behind Shulamith Firestone’s declaration that “matriarchy is a stage on the way to patriarchy.” It also underwrites Firestone’s support for a kind of state-run ectogenetic infrastructure (i.e. babies grown in external wombs in laboratories run by the state) that grows and rears children, freeing women from their biological bond(age) and bringing about true feminist emancipation. 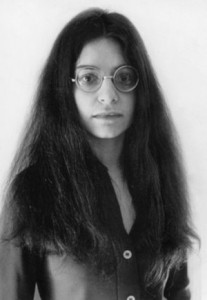 In lieu of the kind of ectogenetic state-run infrastructure Firestone hoped for, it is typically poor and/or women of color who bear the brunt of this contracted out reproductive labor. They bear the brunt of our burdens—we are parasitic and reliant upon their labor. They are our burdens because, as stated above, reproductive labor is necessary to the functioning of capitalist economies. This is similar to the way that unpaid and underpaid labor in developing countries facilitates a level of consumption for Western countries that would otherwise be unsustainable. We are similarly parasitic and reliant upon the labor of workers in these countries.

Moore’s analysis skips all of these nuances. She refers to surrogacy as a “twisted form of slavery”—but what kind of slavery is not “twisted”? What does “twisted” mean here? What does she mean by “slavery” as well? We are not given answers to any of these questions. Instead, we are given potentially disastrous policy proposals. For example, she prefers that couples adopt children, instead of couples turning to the surrogacy process.

“What’s wrong with adoption?” she rhetorically asks. Well, it turns out that quite a lot might be wrong with adoption, particularly inter-country adoption. International adoption markets are breeding grounds for child kidnapping and/or laundering, where children are stolen from or sold by their families and presented as orphans in need of parents. Moreover, at least in some cases, the same set of concerns that Moore has about a woman’s (or family’s) context of choice applies to the adoption cases as well. Just as it seems unethical to “rent out a woman’s womb” if that woman is forced to make the choice to rent out her womb through dire socioeconomic circumstances, so it seems similarly unethical to “adopt a child” who was sold into adoption because of the family’s dire socioeconomic circumstances.

So Moore is right—this is “global capitalism in action.” It should make us uneasy (actually, more than uneasy). But statements such as “surrogacy is a twisted form of slavery” and “trading wombs and babies on the free market devalues women [and] life” are little more than rhetorical devices. We need better conceptual analysis to understand the ways in which global capitalism works. Only by gaining a better understanding of the socioeconomic forces that bring misery to peoples’ lives can we hope to combat those same forces. Specifically, we need to understand the position of women and their labor, and how this relationship plays out given different socioeconomic backdrops. Sloppy dictums are not what are needed here. 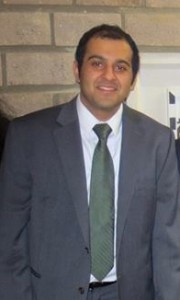 Raj Patel is a PhD candidate in the Department of Philosophy at the University of Pennsylvania. He recently received his MPhil from the University of Cambridge in the History and Philosophy of Science. His interests are primarily in the philosophy of science and technology, and its relationship to political philosophy. He also has strong interests in postcolonial theory and Marxism. Twitter: @patellian.