In the hours after I was date-raped and had stumbled, still drunk, into the hotel room where I was staying with my identical twin sister, Corrina, I couldn’t shake the question my rapist had asked me earlier in the evening as he leaned in close to me,

“Are you the good twin or the bad twin?” Before I could open my mouth, he had answered for me:

Corrina and I had traveled from Minneapolis to Ames to celebrate our twenty-fourth birthday together. Corrina had initially accompanied me to the hotel party, but left to go home early in the night.  By the time I got back inside our room, she was already asleep. She had passed out wearing the red floral dress I’d lent her. My sister’s hair no longer held her perm and it fell out across her pillow as straight and as flat as mine. She left her reading light on and I could see her face very clearly. As I watched her, asleep and without her glasses, I felt vaguely surprised at how similar Corrina and I looked. There was a breeze coming through the open window, the curtains twisting and I felt scared and alone. I thought that this is almost like watching myself. At the same time, I felt as though I wasn’t watching myself as much as I was studying the self I aspired to be.

The longer I stood there, the more it occurred to me that if someone had been in the room with us in the moment before I reached for the light switch on Corrina’s reading lamp, he or she would have seen Corrina, on her back, illuminated, and me, not at all. An image of one stands in for an image of two.

Finally, I moved to the bathroom. I turned on the water and stood in the shower for a long time. When I stepped out of the shower, I caught my reflection in the dim mirror. My face contained my sister’s, but my body looked and felt my own. It occurred to me then that I used it in ways Corrina wouldn’t—and, at this moment, it shamed me.  A few minutes later, as I crawled into bed beside her, I lay with my front to Corrina’s back and pulled the covers over her shoulders as if I could protect her from all things. I closed my eyes against the dark and, drifting to sleep, held tightly to the image of my second self.  The woman inside I am, but cannot become.

When Corrina and I go out together, we often hear from men:

Such comments are irritating, objectifying, and a common experience for female twins. In 2012, Feminist bloggers and twins Elin and Hennie Weiss write,

“Sometimes men ask us if we’ve ever slept with the same man, or even if we’ve ever slept with the same man at the same time. The sexualization of identical twins is troubling to us because it suggests that identical female twins are not viewed as individuals, but as a pair or a twosome. It also creates the notion that identical twins are somehow more sexual than other women, or interested in having sex with the same partner. At the same time it endorses a creepy sexual or sensual bond between twins that borders on incestuous.”

More frequently, however, I am asked if I’m the evil twin, the bad twin, or the good twin. I want to respond, how do you define good and bad? I deeply resent the reduction of me into a type. Though the latter approach might seem grounded in a desire to differentiate between twins, it’s as objectifying as the first and, to me, more infuriating.

Whenever we turn a woman into a “type” of woman, we’re being reductive. As an identical twin, I am frustrated when my peers assume that 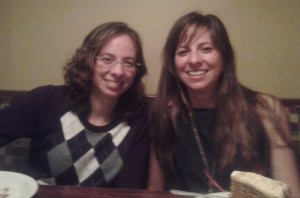 my sister and I should look and act alike. But I am more frustrated by the opposite tendency that characterizes twins as contrasting types. In middle school, my peers referred to me as “the pretty twin” and to Corrina as “the smart twin.” Both of these distinctions were hurtful to us. In the aftermath of my sexual assault, I felt stunned, all over again, by the cruelty of being measured against my sister. In being deemed “bad” I was being defined against my sister as the more sexually available — and therefore more rapeable — of the two. Was this distinction made based on my outward appearance? Was it my choice to wear a short skirt vs. Corrina’s choice to wear a more conservative dress? Or my choice to wear make-up vs. her choice not to wear make-up, event though both are equally valid expressions of femininity?

Alongside the implications for “which women” get sexually assaulted, the organization of women into categories of “good” and “bad” represents an attempt by men to control and define women, particularly through our physical appearance. Our appearances are subject to public scrutiny on a daily basis. Cat-calls or even compliments on our choice of dress, hairstyle, and etcetera are all ways for men to articulate how, and in what contexts, women are desirable and approachable. I wonder, too, if it’s as my best friend and co-worker Katherine tells me,

Rationally, I know that I am no less good or bad regardless of how many men I have slept with, or what contexts, and in what ways I choose to have sex. And yet, the circumstances of my sexual assault marked me as promiscuous.  I was positioned as “bad” against societal perceptions of “good” chaste women like the representation of my sister that night. Sexual assault is unacceptable regardless of good/bad categorizations of women.  These categorizations are reductive and false, but nonetheless they have cultural meaning as well as far-reaching impacts on all aspects of our lives. I know, for instance, that being described as good or bad cannot possibly capture the myriad of ways that I present myself across all facets of my life. But I still deeply internalize the distinction. We live in a world in which this good/bad distinction produces words, like “slut,” that have strong cultural cache it can lead to high school girls committing suicide when labeled as such. I blamed myself for my rape. I had, after all, followed my rapist into his hotel room. I had been wearing heels and a short skirt. I had been tipsy. Though I said “No” five times, I hadn’t put up physical resistance.

Initially, I couldn’t tell my sister what happened. I felt ashamed. As identical twins, we had always struggled to be seen as individuals and not as one of the twins. As I stood there in the hotel room, for once, I wished I was more like her—as good, as smart, as innocent.

But if becoming my sister means rejecting a fundamental part of myself, such as the way I choose to perform my femininity and sexuality, I’d rather be me. Or, if I do want to be like my sister then it is because I admire and want to match her confidence and ability to define herself regardless of outside pressures. I aspire, then, not to engage in behaviors that mark me as “good” according to someone else’s standards. Rather, I seek my own self-determination in sexual expression. In rejecting proscriptive cultural stereotypes that tell me, and others like me, how to behave sexually, I am, as Katherine suggested, embracing a fuller sense of my own humanity, a fuller sense of myself.  A self that is un-definable and irreducible. A self that is naive and shy, aggressive and sexual, grave, and playful, all at the same time. 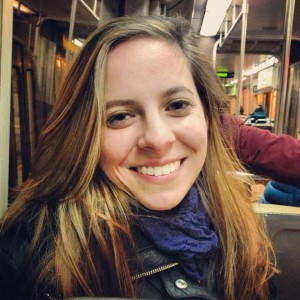 Elena Carter graduated from the University of California, San Diego with a BA in Literature/Writing. She will be starting a MFA in Creative Nonfiction at the University of Iowa this fall. Elena’s writing has previously appeared in The Rumpus and Counterpunch.