Who would we be if we did not speak? A letter for Yara – The Feminist Wire

Home / Uncategorized / Who would we be if we did not speak? A letter for Yara

Who would we be if we did not speak? A letter for Yara

“A dream will make us fight to see it come true.
An expectation will lead to passivity and probably to disappointment.”
~ Mu Sochua 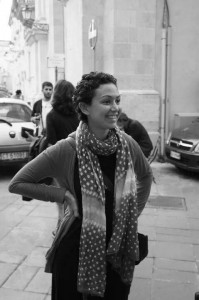 On June 21, 2014, in Cairo, Egypt, a 28-year old Egyptian activist Yara Sallam was arrested by the authorities for participating in a peaceful demonstration calling for the repeal of the Protest and Public Assembly Law (Law 107). Yara, along with 24 other activists were initially detained for four days. The court has since decided to postpone their case to September forcing Yara and her colleagues to spend close to 74 days in prison.

I wonder how you are, and what you are doing in this moment. I wonder if you have eaten or had a drink of water today, and whether my words will ever even reach you. I have decided to write you anyway aware that together, through our sharing of words (my writing, your reading), we undertake the perilous task of challenging the beasts that threaten to imprison and silence us.

‘Solidarity,’ you once said in an interview, “is not only important in terms of having a collective feeling of support but also…to let our African governments know that there are other feminists watching out for their sisters and supporting [each other].” I read your words over and over and often think to myself whether you knew that the time would come when you would need us, your fellow African sisters, feminists, and friends to stand up and say something, to stand up and speak – for you. Like the many others that have struggled before us, locked up and handcuffed for believing in freedom, in justice, in us; your courage and ideas continue to inspire beyond the prison walls that divide us.

The moon was full last weekend. I danced a little under her light; my heart, it seems will do anything for a little bright these days.

On Sunday I sat alone in the sweltering heat of the summertime sun. I sipped cold coconut water, anything to satiate what continues to feel like an unquenchable thirst. I watched from a distance as men kitted in white shorts ran up and down a field of green across my neighbor’s television screen. The world screamed for them, these men, I screamed for the world, for the women, for the girls that we are yet to bring back, for you Yara.

I thought you might like to know that Germany won the World Cup. I remember a few months ago when Rio was burning but the world went ahead anyway and kicked its balls into the City of God. And what was left afterwards when the final whistle was blown? Nothing but dying cheers, government sponsored guns and grenades that now litter the streets; and the realization that poor people’s protest has now become the crime.

The mango tree in the garden is blooming, it’s on its second crop. The fruit it bears are big, juicy, ripe ones the type that make you never want to stop. The school children from the neighborhood come out to play and stuff mangos into their back pockets and backpacks their smiling faces smeared with sugary sweet sticky goodness. I wonder if their parents know where they are. I look up as a warm golden glow spreads across the evening sky, night is coming and the crickets have begun to sing.

I wonder what it must be like in Gaza where ominous clouds bearing rockets and bombs glide across the heavens or the hell that it has now become. “And what of the children of Palestine”? Do they not also deserve orange sunsets, sweet mango’s, the sounds of crickets and laughter? And what of the children of Chibok do they not deserve to sleep in their own beds at night? And what of the Malala’s, Ngozi’s, Wangui’s, Chiamaka’s, Hannah’s and Fafa’s? Do they not deserve to read each other’s stories and write of each other’s lives?

My blood boils for them Yara, and for you and for Sanaa and Hanan and Salwa and Samar and Rania and Nahid and Fikreya and all the others that dare to bare the Audacity of Hope. Will our children always be afraid? Will we always be afraid? The ones I ask tell me to sit down and be quiet; that all we need is to have some Patience and to cross our fingers for some of our president’s Goodluck.

But what will be our dreams for Africa?
Will we rise without a voice?
Will we sign over to foreign investors the seeds sowed and fertilized by the blood, sweat and tears of our grandmother’s dreams?
Will we kill each other in the name of Shell and Jesus?
Will we make brides of our babies in the name of tradition?
Will we stone, imprison, and mutilate their bodies?
Will we allow the stories of our lives to be documented for dissertations?
Because at the end of the day they all go home you know, they win Pulitzer Prizes, stand on stages and on our behalf say: ‘This, is the African Woman’s Story’.

I have faith in the dreams of our tomorrow’s and the transformation of our today’s. I have come to learn that there is nothing more feared than a woman’s voice, and when that voice is multiplied its echoes are impossible to ignore.
I will continue to shout your name Yara, we will all shout your name.
We will stand in the streets and write your release in our books, in our Shona, Yoruba, Xhosa, and Kiswahili.

Writers note: If you would like to write a letter to Yara Sallam or any of the other activists that have been detained for their struggle for democracy in Egypt, you may do so here. 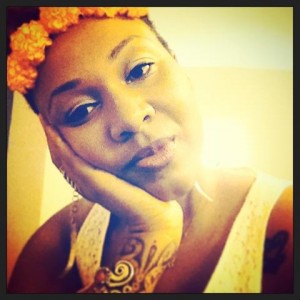 Amina Doherty is a Nigerian feminist ARTivist whose work focuses on feminist philanthropy and creative arts for advocacy. She has facilitated learning initiatives on women’s rights, youth development, philanthropy, and economic justice. Amina actively supports several community-led media platforms and brings to her activism a passion for music, art, travel, photography, fashion and poetry. You can tweet or find her on Tumblr at: @Sheroxlox.

Related ItemsAfricaAfrican FeminismEgyptfeminist solidarityNo protest lawPan Africanismsolidarity
← Previous Story COLLEGE FEMINISMS: Refusing to Compromise My Beliefs
Next Story → Getting on Up: The Cult of the Charismatic Black Man