COLLEGE FEMINISMS: Refusing to Compromise My Beliefs – The Feminist Wire

As a student, I never thought I would be stuck in a place where I face the possibility of failing a class because I refuse to conform to another person’s beliefs. During my junior year of college, I took a course that required me to make a survey, send it out to students, and analyze the information gathered. We could choose our own area of study based on the topics presented in class. I chose to focus on family structures and their role in juvenile behaviors. One important requirement was that our survey had to be approved by the professor before it was sent out to students.

When I received my rough draft back, I was stunned at the bold red mark across the second question of my survey. The question simply asked for the gender of the student. I had listed three options: male, female, or other, which gave people the option to self-identify. I sat in disbelief for a while because I didn’t understand what the issue was.

After class, I approached my professor to figure out the dilemma with my question. Sitting at her desk, she looked at me and said that she thought it was a mistake because I should know there are only two genders that I could use for my survey. She further stated “if you include anything else, it will result in a failing grade.” I was shocked because I couldn’t believe what she said and she was serious! 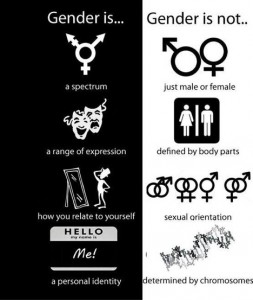 I looked at my survey from time to time, deleting the option and placing it back. I had a mental battle with myself. On one hand, I had no problem with rebelling against her request because I embrace all the ways people chose to identify themselves. On the other hand, I was risking a major portion of my grade that determined whether or not I pass the class. The next day I sent my survey out to students in my other classes requesting that they write down how they identify their gender if it was different from the categories of “male” and “female.” I wanted to prove to my professor the importance of including a variety of gender categories in survey research.

I received 53 respondents in total: 18 who identified as male, 31 who identified as female, and 4 that identified as transgendered. I was excited to see that my survey generated responses that did not fit into the traditional “male” or “female” categories. After handing in my survey results, my professor scheduled a meeting with the head of the department because I disobeyed her request. At this meeting, I felt ambushed because I was given the option of either abiding by “the rules” or accept whatever grade from my professor.

I couldn’t understand why my professor was so closed-minded to the reality of how gender is more varied and complex. Even though I understood she also worked as a youth pastor and often expressed her conservative views about society and traditional gender roles, I never expected her to force her personal beliefs onto me. She was asking me to exclude people who didn’t identify as male or female. However, I could not eliminate, ignore, or silence people’s identity. I spoke with a few people to figure out what I should do. Some people suggested to let it go and listen to my professor, while others said I should continue my assignment in the way that I wanted. I realized that I had to maintain my political beliefs.

When I handed in my final at the end of the semester, I dreaded the results. I couldn’t make myself submit to what she wanted me to do and write in my paper. The only way for me to complete the assignment was to refuse the exclusion of anyone and the ways in which they may identify their gender(s). I refused to back down because I am a lesbian who doesn’t conform completely to the gender role I have been assigned by society. I refuse to remove anyone who, like me, doesn’t conform. I cannot imagine sitting down in front of my survey and removing identities and people who defy the socially acceptable categories. This academic experience made me reflect on the times I struggled with being separated from different groups of people because I didn’t fit in. I felt if I maintained only two gender categories, I immediately silenced transgender and gender non-conforming people in my survey. In doing so, I would be an accomplice to oppression. 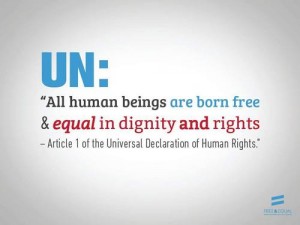 I was prepared to take the class over again the next semester, but to my surprise I received an A on the final paper. I didn’t expect the grade I received, but, I was more proud that I didn’t give in to the demand of removing the option of accepting all gender identities from my survey. By receiving the unexpected A, I realized that I could have changed my professor’s beliefs about gender identities. Being persistent in refusing to conform in this experience also strengthened my political stance for future encounters that may have larger stakes than a paper grade. Accepting the responsibility of not backing down from your belief’s enables you to embody power and create opportunities to make a purposeful change. After I had a chance to sit back and comprehend everything that took place over the semester, I realized this importance in staying strong in my beliefs. 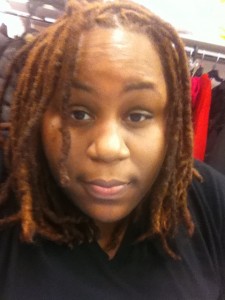 Christina Peterson is a college senior majoring in Criminal Justice and is a member of The National Society of Leadership and Success. She hopes to work in the field of juvenile probations and create programming for queer homeless youth.