Voice, Power and Soul: African Feminists In Their Own Words – The Feminist Wire

Home / Announcement / Voice, Power and Soul: African Feminists In Their Own Words

Voice, Power and Soul: African Feminists In Their Own Words

African feminisms are now attracting global attention, with a number of feminist writers finding wide circulation in western media, and through activist intervention on social media channels. These individual voices signal the presence of diverse African feminist movements which have shaped transformative gender politics in the African region for generations. It is these legacies of feminist struggle that are vocalized in the new film series Voice, Power and Soul: Conversations from the 4th African Feminist Forum shot at the fourth regional meeting of the African Feminist Forum  in Harare, Zimbabwe in April 2016. The series features interviews with 28 feminists from 13 African countries, interspersed with footage from the forum itself. 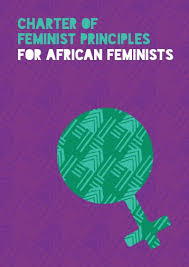 The African Feminist Forum was launched by African feminist activists in 2006 at its first regional gathering in Accra, Ghana. The impetus in founding the AFF was to provide a space that was missing at the time in continental women’s movements: a regional platform with an explicitly and collectively agreed feminist politics inclusive of an appreciation of sexual diversity and defence of reproductive choice, a critique of the use of religion and culture to oppress women, and naming a collective as well as personal feminist ethics. These points may seem minor to external observers, however in African women’s organizing these issues remain lines on which women’s political solidarity falters. In the African Feminist Forum, former liberation fighters engage with 20-something queer activists; photographers and poets co-convene discussions with academics, lawyers and parliamentarians; feminist theologians, secularists and traditional healers eat together, and everybody (yes, everybody) dances. The space of course is not without its contestations, including calls for a more rigorous class analysis and the need to expand understandings of gender identity. The presence of debate is itself a sign that the forum is alive, relevant and evolving. Importantly too, where discriminations arise (notably in individual expressions of homophobia) they are named and engaged, with inter-generational thinking and solidarity.

The AFF has been committed from its onset to the unearthing the undocumented and minimally circulated narratives of African feminist praxis. The African Feminist Ancestors initiative traces a legacy of resistance to patriarchy from the colonial era to feminists from more recent activism who have passed on. The AFF has also produced two editions of the book Voice, Power and Soul: Portraits of African Feminists (Volume I and II) profiling photographs and biographies of 143 African feminists. These are available online for free to encourage further research and expand the knowledge around the diversity of actors involved in building and sustaining feminist movements across the continent.

The series Voice, Power and Soul: Conversations from the 4th African Feminist Forum adds another layer to this documentation, featuring what is likely to be, the largest and most diverse set of interviews with African feminists on film to date.  Women in the series speak to game-changing political moments and alliances and stories of activism unearthed from pan-African feminist research. They also offer analysis of contemporary feminist struggles by the women who have bravely helped shape them. These include reflections from Mariam Kirollos, co-founder of Operation Anti-Sexual Harassment and Assault a rapid-action initiative set up in response to attacks on women protestors during commemorations of the Egyptian revolution. Kasha Jaqueline Nabagesera recalls the growth of the LGBTI rights movement in Uganda and the early and consistent solidarity that feminists in the Uganda Feminist Forum offered – a point often erased from accounts of activism against the infamous Anti-Homosexuality Bill. Academics Amina Mama, Sylvia Tamale, Ayesha Imam and Pumla Dineo Gqola- foundational thinkers in African feminist theory- speak with a movement voice about their politics and practice. Kenyan researcher and translator Wangui wa Goro, known for her translations of African writers Ngugi wa Thiong’o and Veronique Tadjo – explores the complexity of gender identity and family culture. Senegalese disability right activist and writer Aissatou Cissé encourages young feminists to expand the movement in resistance to continuing imbalances in the way that African girls and women and treated in comparison to boys and men. The youngest voice in the series, Âurea Mouzinho, reflects on the need for a collective revival of feminist organising in Angola (after leaving the 4th AFF her and fellow Angolan participant, Sizaltina Cutaia, went on to co-found the Ondjango Feminista – the Angolan Feminist Forum).

The interview series honours the diversity of our embodiments as African feminists, with interviewees speaking from the vantage points of different physical abilities, gender identities, sexual orientations, and ethnic and cultural identities.  Each affirms a legacy of African feminist thought and praxis, rooted firmly in the genealogy of transformative African politics. In the words of Zimbabwean feminist Isabella Matambanadzo:

African feminism has given us a sense of citizenship, and I don’t say that in the nationalist sense of coming from a nation-state. But rather citizenship as being very much aware that we are daughters of this soil, and that the soil belongs to us, and we have particular rights and entitlements, not as an act of benevolence or charity from governments or constitutions, but by a sacred process of belonging.

Films from Voice, Power and Soul: Conversations from the African Feminist Forum will be released monthly online until the end of the year. 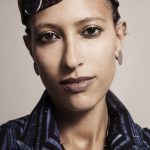 Jessica Horn is a feminist writer, activist and technical advisor on women’s rights- working towards embodied liberations. A believer in grounded interventions, her professional engagement intentionally spans policy and community spaces. Jessica is a founding member of the African Feminist Forum (AFF) working group.  She currently works as Director of Programmes at the African Women’s Development Fund, a Pan-African women’s fund that hosts the AFF. Jessica is co-editor of the first edition of the book Voice, Power and Soul: Portraits of African Feminists (2009), and co-producer of the film series Voice, Power, and Soul: Conversations from the 4th African Feminist Forum Interview Series. Twitter: @stillsherises

Dr. Sionne Neely is a womanist researcher, writer, teacher and multimedia producer. She is co-founder of ACCRA [dot] ALT, an independent arts network in Ghana. Sionne currently works as Knowledge Management Specialist at the African Women’s Development Fund. She also served as co-producer of the Voice, Power, and Soul: Conversations from the 4th African Feminist Forum. Twitter: @sionnene