What do you think of when you hear the words “Women’s Fiction?”

I know what I think of.

A pair of shoes, or feet, dangling in the sky. Perhaps a wicker chair.

Small, golden-haired children viewed from behind, running for no apparent reason towards the ocean.

Be still, my fluttering feminine heart.

Much to my ocular regret, I am very familiar with such covers. You probably are too. If you’re a girl, you were probably given one at some stage, maybe back when you were a prepubescent teen still covered in dirt.

You’ll relate to it, they said.

You held it skeptically in your grubby paw and looked at the pink, pink cover, embellished with glittery silver curlicue which made you immediately conscious of the fact that you would under no circumstance be reading this is public. Maybe not at all. The whole thing felt vaguely reminiscent of that time someone gave you perfume and you didn’t really know what to do with it, and so you offered it to your mother, but she said “Keep it, it’s yours;” and so you decided to spray it on some wilting, lackluster flowers in your parched backyard, as an act of charity (ah, Australian childhood).

Or maybe that was just me.

The point is, we’ve all seen the covers. And if you’re anything like me, you’ve probably avoided them – or at least, avoided being seen with them.

There’s a shame associated with Women’s Fiction – and that shame raises questions worth thinking about. Why do many of us recoil from books that are marketed towards women? Why do Literature students so often lie in public about which book they last read? And why does all this matter?

Critical women’s fiction is often identified by its qualities deemed to possess literary merit: these might typically include unusually heavy themes and stylistic experimentation. Mainstream women’s fiction, meanwhile, is a popular and widely-marketed genre commonly defined as books written by women, about women, for women; details of books’ content sit in the obscurity of the female authors’ shadows.

I understand why people might focus on an author being female. Gender impacts an author’s experience of the world, and therefore their writing. Plus, highlighting female authors can help revive interest in overlooked writers, and address the gender inequity in literature.

But my pet peeve (well, one of them) is the insinuation that books written by women, about women, must therefore be for a particular kind of woman. It’s the same mentality which perceives any story written by someone within a minority group as being noteworthy primarily for being a “minority story.” For example, the book becomes a “gay love story” rather than a love story, or a book with African American protagonists can only be about race politics. Highlighting books that give voice to people discriminated against is important, however, it becomes a problem when such books’ thematic and stylistic qualities beyond those relating to “minority identities” are overlooked.

Following this logic, Women’s Fiction is considered minority writing as it gets its own section in bookstores and online. It’s segregated from other categories. Women’s Writing is still fiction by women, but it’s considered literary, so it’s different. Funny though, how literature written by women is still classified as “Women’s Writing” rather than just, say, “Literature.”

So why are Women’s Fiction, Women’s Writing, and Literature even three separate categories?

The main difference between Women’s Fiction and Women’s Writing is that the first is marketed to women, and the second is considered literary. This implies a juxtaposition and is therefore problematic because it suggests that books commonly marketed to women cannot be literary.

And why isn’t Women’s Fiction considered literary? Don’t get me wrong, I’m not saying Fifty Shades of my-god-this-book-is-terrible is literature – but I do think we should question the aversion to Women’s Fiction. Women’s Fiction tells stories about mothers, children, families; female struggles; and female sexualities. What’s so shameful about that?

Take, for instance, a book like The Help, which seeks to explore racism and the oppression of African-American domestic workers in Mississippi, being categorized as Women’s Fiction. It’s not a perfect novel; indeed, the fact the author is a white woman writing the stories of women of color is controversial. Nevertheless, The Help does seek to engage with race-related issues, and one wonders whether its categorization as Woman’s Fiction, with all the airy connotations that entails, indicates either the belittling of women’s stories or a deliberate attempt to market stories about women of color and racial discrimination to “mainstream” – i.e., white – audiences in a “non-threatening” manner. If it’s marketed less about race and more about women, will more people buy it?

Both possibilities are condescending.

This condescension is particularly apparent when considering historical novels by men written about women, are not disparagingly categorized as Women’s Fiction. Take Colm Tóibín’s Brooklyn, made into a film in 2015. It’s about a young Irish woman who immigrates to America and lives a coming-of-age narrative featuring plenty of romance. Yet is Brooklyn ever marketed under any label which includes the word “Women?” Not that I have found. Tóibín’s novel falls squarely beneath “Historical” time and time again, or occasionally under the category “Cultural: Ireland.”

Would the categorization be the same had it been written by Clare instead of a Colm? Somehow it seems unlikely.

I don’t believe an author’s gender, whatever it may be, should lead to their work being categorized in ways that lead to discrimination. Maybe Brooklyn – and its rather predictable love triangle – really did deserve being long-listed for the (coincidentally named) Man Booker Prize. Yet the ease with which such books become listed as “Literature” does imply that books about women by men are more highly regarded than similar books by women.

Furthermore, even if Women’s Fiction is considered good enough – whatever that means – to be considered Women’s Writing, there’s still a glass ceiling between Women’s Writing and Literature. Well-written books can get excluded from the literature club if they’re too feminine. Books by women deemed “Literature,” such as Hilary Mantel’s or Zadie Smith’s, often give at least part of their primary focus to men’s stories and perspectives – and in the case of much of Smith’s work, either white characters alongside characters of color, or stories set in white-dominated environments. Again, there’s nothing wrong with such focuses in themselves. It is problematic, however, when a book has to focus on traditionally masculine or white characters and themes in order to be fully recognized.

What’s more, when books by women do make it into the Literature category, the insinuation is that they are too good for labels featuring the word “Women” and must therefore be elevated to a separate genre. These books are assimilated into the boys’ club, and even the covers get masculine makeovers. Non-feminine pen names can also entail greater publishing opportunity. J. K. Rowling, for example, was asked to write under J. K. because her publishers feared boys would not read a book by Joanne Kathleen. Meanwhile, books and authors continuing to exist under labels relating to “Women,” continue to be belittled – not least because some of the most recognized works by women are now presented as being Literature, and thus inherently less stereotypically feminine. In this way, covers and categories both reflect and perpetuate prejudices.

Ultimately, hiding femininity is a great way of being taken seriously in the literary world and of finally breaking through that glass ceiling – yet it’s not really breaking through if one is only accepted when adhering to traditionally patriarchal values. Until we train ourselves to value the stories of women, by women, as much as we value those relating to men, our understanding of fiction will remain sexist and limiting. Boys aren’t encouraged to read Women’s Fiction because it’s considered a second-rate, frilly, pastel subcategory of real fiction, which is similar to how women have historically been viewed as the second gender, deviating from the traditional norm of men. And in this sense, people of all genders suffer. Men are encouraged to learn less about people whose genders differ from theirs, and women and non-binary individuals continue to be perceived as “other” within their societies.

So my challenge is to advocate against biased marketing, and to go and read a book about someone whose story is typically considered a “subcategory,”whether they be a woman or part of an ethnic, religious, sexual, or other form of minority. It’s impossible to ever fully understand another’s world simply by reading a book about them, but reading and listening to the voices of others can help people become more aware of one another’s experiences, and consequently develop better solidarities. So question the literary prejudices you’ve been fed ever since you could read. There are so many stories out there, and so many beyond the one or two voices which marketers might push to speak for whole groups of individuals. Why not try reading about as many people as possible? 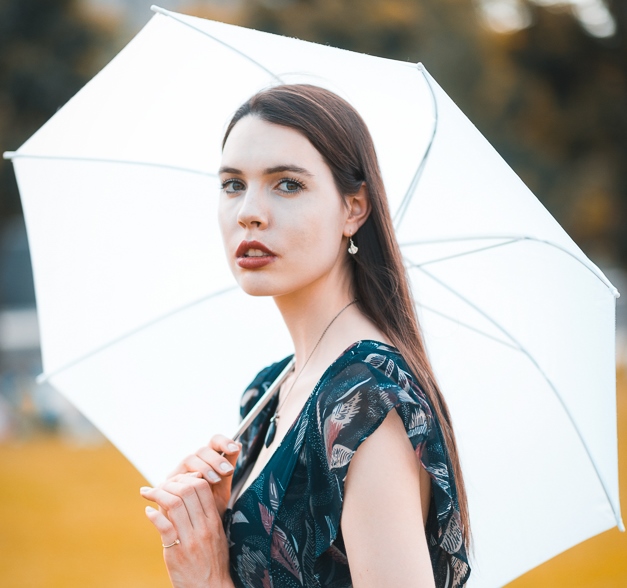 Rosalind is a student and author passionate about literature, languages, feminism, and making rhyming birthday cards for her friends. Her writing has been published in short story anthologies as well as online, and she was a speaker at Australia’s National Young Writers’ Festival in 2016. More of her work can be found at www.ganymedesmirror.blogspot.com