What has changed for you? Reflections on Women’s History Month and Movement Forward – The Feminist Wire

Home / Activism / What has changed for you? Reflections on Women’s History Month and Movement Forward

What has changed for you? Reflections on Women’s History Month and Movement Forward

The Women’s History Month comes to an end not without reflections. Instead, we should remind advances but seek first real stock of the situation of women in contemporary times throughout the following year. In 2012, I covered the United Nations International Women’s Day events themed “Empower Rural Women – End Hunger and Poverty”. I remember women thirsting for peace in Africa and equality in the Middle East countries, community leaders from various parts of the world and also men of all ages gathered together for better days. I recorded the traditional “Celebration March” and kept the video for two years as an exercise of my own awareness of the status of women. Watch the video here first hand at The Feminist Wire and tell us what has changed in these two years. 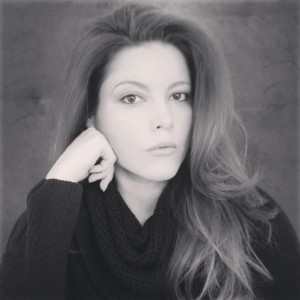 Majored in Journalism, Lorena Campos worked for ‘Hoje em Dia’ and ‘O Norte de Minas’ newspapers in Brazil and while working at the he Minas Gerais State Assembly wrote parliamentary speeches. The journalist also wrote and directed the documentary ‘Latin America: The Geography of The Abortion’ in 2009. She came to the US in 2012 to complete her post-undergraduate studies in International Trade at Baruch College and has worked as a media producer.