The Invisibility of Asian Americans – The Feminist Wire

The Invisibility of Asian Americans 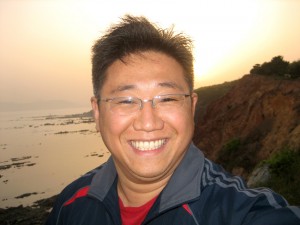 Where is the public face of Asian Americans in our society? As we follow the case of Kenneth Bae, the only Asian American faces we see on the television news are those of Kenneth Bae and his family. Relatively few Asian American analysts, commentators or advocates (with the exceptions of Connie Chung, Julie Chen, Ann Curry, Sanjay Gupta, and Kaity Tong) appear on the news media.

How can this be?

These important voices need to be heard and understood, but how can a deeply Asian American social issue have no Asian Americans directly addressing it within the public sphere? How can the news media not incorporate Asian American commentators, leaders, analysts who can specifically, and more importantly accurately, address Kenneth Bae’s situation and the context within which it occurs? Given that the story involves the complex relationships between South Korea and North Korea and between North Korea and the United States, how can the news media not bring in an expert who can address these issues with authority? Rather much of the media surrounding Kenneth Bae’s case has been around Dennis Rodman and his comments on CNN. 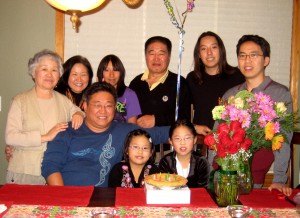 The invisibility of Asian Americans on the issue of an Asian American’s situation should astound and alarm us. When a news story involves a person in central Europe, the commentators usually include a bureau chief in Berlin, Prague, or Vienna who knows German, Czech, and Russian. Where is the bureau chief in Seoul who knows Korean and can speak to Kenneth Bae’s situation?  If this issue involved an African American, many African American analysts and leaders would be invited to speak such as the case surrounding Trayvon Martin.  Many African American religious leaders (Rev. Al Sharpton, Rev. Jesse Jackson) and Political Analysts (Dr. Michael Eric Dyson, Dr. James Braxton Peterson, Dr. Julianne Malveaux, Barbara Arnwine) were interviewed and consulted on the news media. If this case involved Hispanics, the same courtesy would be given to Hispanic leaders and analysts. San Antonio Mayor Julian Castro, Florida Senator Marco Rubio, President and CEO of the National Council of La Raza (NCLR) Janet Murguía, Civil Rights Activist Dolores Huerta, and many others are consulted and interviewed in the news media about immigration reform and its impact on Hispanic communities in the U.S.

Instead, Asian American voices are not included in the commentary and reflection. They are silenced. This silence reinforces the invisibility of Asian Americans within the media, society, academia, and culture. 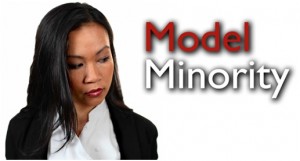 The silencing of Asian Americans needs to be challenged.  Our voices, which come from the medical, religious, political, social, scholarly and other dimensions of society need to be voiced and heard.  I am counting the days until a news media outlet will seek the voices of responsible Asian American voices that can wisely address the case of Kenneth Bae. This failure to cultivate comments from Asian American communities perpetuates the racism felt by Asian Americans in this country. 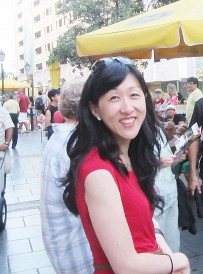 Grace Ji-Sun Kim obtained her M.Div. from Knox College and her Ph.D. from the University of Toronto.  She is a Visiting Researcher at Georgetown University.  She is the author of 5 books, Contemplations from the Heart (forthcoming), Reimagining with Christian Doctrines co-edited with Jenny Daggers, Colonialism, Han and the Transformative Spirit,  The Holy Spirit, Chi, and the Other: A Model of Global and Intercultural Pneumatology & The Grace of Sophia: A Korean North American Women’s Christology. She is a co-editor with Dr. Joseph Cheah for the Palgrave Macmillan Book Series, “Asian Christianity in Diaspora”.  Kim is especially active in the American Academy of Religion (AAR), serving on the Research Grants Jury Committee, the Women of Color Scholarship, Teaching, and Activism Consultation steering committee as a Co-Chair, and a Religion and Migration Group steering committee.  She also serves on the Editorial Board for the Journal for Religion and Popular Culture, and is a referee for the Journal of Race, Ethnicity, and Religion, the Journal of Religion and Popular Culture, and The Global Studies Journal. Most recently, she co-authored, with Rev. Jesse Jackson,  the Op-Ed American Missionary Kenneth Bae Languishes in a Pyongyang Prison for The Nation.