Personal is Political: A Feminist Defense of Cinderella – The Feminist Wire

Home / Family / Personal is Political: A Feminist Defense of Cinderella

Personal is Political: A Feminist Defense of Cinderella 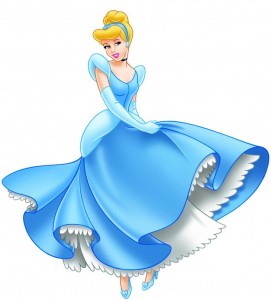 I recently returned from a family trip to Disney World with my 3 girls, ages 7, 4 and 4. My husband and I have been to Disney World several times before having children, but this trip was planned for the kids, and that meant, in plain terms, as much princess exposure as possible. The girls packed their favorite princess costumes, and agonized every morning regarding which costume they would wear to the parks. We stood in lengthy lines to meet princesses, we watched princess shows, we ate at a special princess character dinner, and I even saved up all of my Disney credit card points for the princess make-overs at the “Bibbiddi Bobbidi Boutique” in Cinderella’s castle. With much glee, I shared many photos of our princess-filled trip on Facebook. My friends were horrified.

I’m a card carrying feminist. Heck, I even hold a Master’s degree in Women’s Studies, and I teach Women’s Studies at a local university. I rejected my Jewish Orthodox upbringing at 13 years old—inspired by the works of the great Jewish feminists pioneers Judith Plaskow, Susannah Heschel, Evelyn Beck, and Rachel Adler—and begged my parents to remove me from an all-girls Ultra Orthodox school and allow me to attend an open-minded community Jewish day school that employed both men and women rabbis and that unapologetically taught Zora Neale Hurston, Alice Walker, and Toni Morrison. 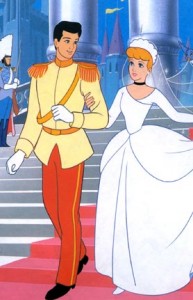 Unsurprisingly, the truth is that almost all of my academic friends and colleagues are vehemently “anti-princess,” and will do anything to keep their daughters away from the dangerous world of tiaras, ball gowns, and, the most evil of all, Prince Charming. I even have one friend who vented on Facebook about how frustrated she was at the caretakers at her newborn’s childcare center referring to her 6 week old daughter as a princess. “Why should I do???” she wrote in desperation. “Should we continue to send her to such an institution?”

As a scholar of Women’s Studies, I do find it quite interesting that for this new generation of American little girls, the Disney Princess machine has only grown stronger and stronger. In fact, Disney World is in the process of completing a brand new Magic Kingdom expansion project that includes a much more directly princess focused Fantasyland.  The young girls becoming enraptured in this world are not the daughters of 1950s and 1960s housewives, but rather educated and often times high-ranking professional women. Modern little American girls simply can’t get enough of princesses. These are girls who are growing up in a world of female doctors, lawyers, clergy, legislators, etc.  Yet, they still fantasize about wearing a ball gown and being swept off their feet. What would Gloria Steinem say?

So why, then, would someone like me actually encourage and embrace the princess overload?

To me, it’s very simple. Being a feminist does not mean an overall rejection of everything it means to be a traditional girl. 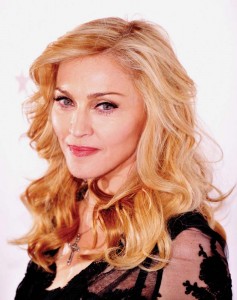 In “What it Feels Like For a Girl,” Madonna sings, “Girls can wear jeans/ And cut their hair short/ Wear shirts and boots/ ‘Cause it’s okay to be a boy/ But for a boy to look like a girl is degrading/ ‘Cause you think that being a girl is degrading.”

When we completely and totally reject princess culture, we limit our daughters from a full exploration of their gender and femininity. I find this quite ironic, since many of my “mommies of girls” friends worry that by exposing their daughters to princesses they will limit their future ambitions to only dressing up and searching for a man to “save them.”

If being a feminist truly means that I am expected to act, dress, and think like a man, then I have no interest in such a movement. In many ways, that archaic “Working Girl, big shoulder pad 1980s” feminism seems to claim that all things culturally deemed feminine are somewhat “less than” or always already problematic. Is that what feminism is really for, to create a female-driven form of misogyny? Are we teaching our daughters that being worthwhile means that they need to reject hyperfemininity? If someone is a true feminist, then they will allow their daughters to fully and completely explore the world around them. And yes, as scary as it may seem, that world might sometimes include high heels and lipstick. My daughters know that Mommy wears dresses, pantyhose, and make-up to work every day, but they also know that Mommy has a job that she believes is making a difference in the world. 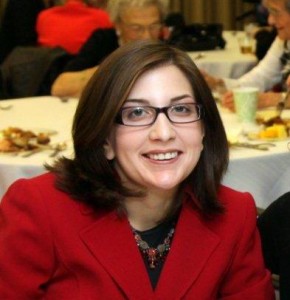 Shoshanna Schechter-Shaffin is the Director of Women’s Division, Israel, and Overseas Programming for the Jewish Community Federation of Richmond and serves on the faculty of the Department of Religious Studies and Women’s Studies at Randolph-Macon College. Shoshanna earned her Bachelor’s degree in Anthropology and Jewish Studies from the University of Maryland and a Master’s Degree in Jewish Studies with a focus on Jewish Gender and Women’s Studies from the Jewish Theological Seminary.

Related ItemsdaughtersDisney princessDisney WorldfeminismMotherhoodmothersprincess culture
← Previous Story Personal is Political: On Why My Girlfriend and I Got Hitched & No One Was Invited
Next Story → The Invisibility of Asian Americans