Personal is Political: Warning: Triggers Ahead – The Feminist Wire

Personal is Political: Warning: Triggers Ahead

Since Dylan Farrow’s open letter appeared in the New York Times, I have seen several conversations about whether subsequent postings of her words should be accompanied by a “trigger warning” to alert readers that the material they are about to encounter has the potential to negatively impact survivors of sexual abuse. Although this concern is often raised when the topic of sexual violence enters public conversation, I’ve often wondered whether these well-intentioned news outlets, media professionals, and bloggers understand that triggers are as unique and unpredictable as abusers themselves. In fact, broad phrases like “sexual abuse” and “incest” don’t necessarily trigger most survivors. Instead, it is often an innocent reference to a certain type of food or brand of cologne, or a particular shade of blue, that plucks someone from present day reality and drops her back into that place, where the need to flee or fight or both, takes over once again.

The smell of Juicy Fruit gum throws me into a panic attack. The sight of Cabbage Patch dolls makes me cry. I start to shake whenever someone eats butter pecan ice cream within three feet of me, and I never drink grape soda anymore.

Parts of my life make sense to me, but others question my fear of brown leather belts and my avoidance of Irish Spring bath soap. Friends become frustrated by my aversion to crowded social gatherings and my refusal to car pool. I have been “the other woman” in most of my intimate relationships, and in return, have always felt abandoned and used and empty even before they ended badly – as those kinds of relationships always do. Even now, I compensate by living vicariously through the comparatively normal lives of friends and family, somehow believing that a ring side seat at the happy events in others’ lives is good enough, all I can hope for, and, perhaps, more than I deserve. And like many survivors of child sexual abuse, I managed to convince myself that clinging to personal space and independence made me a slightly eccentric introvert rather than the reclusive shut-in I have sometimes been.

From as far back in my childhood as I can remember, I learned that being the fun girl, the play thing, the momentary distraction, was my role in life. After all, I was raped and manipulated and restrained on a regular basis, while my abuser’s wife, friends, and family were often only a few feet away, in other parts of the house, in other parts of the yard, or on a couch facing just slightly to the left so they couldn’t see (or could pretend not to see) what my abuser was doing under the blanket on my lap. That they knew about the abuse wasn’t something I came to realize until much later in my life. By then, it was too late to reprogram my brain’s responses to what it now processes as danger signs and warning signals, the triggers from my past that only make sense to me.

It is true that the man who abused me breathed stale Juicy Fruit gum into my mouth, and tore the heads off my Cabbage Patch dolls to intimidate and punish me, and rewarded my compliance and my secrecy with butter pecan ice cream and cans of cold, fizzy grape soda that stained my tongue and lips a deep, dark blue. He created my triggers by programming my developing body to react to these things.

Although much of what has been written and discussed in response to Dylan Farrow’s letter centers on the “trigger warning” conversations, that are, I have no doubt, well intentioned, these labels are actually a misguided attempt to sanitize an issue that can never be sanitized, and to give readers permission to opt out of these conversations altogether. But sexual abuse survivors do not need trigger warnings to protect us from our memories. What we really need is respect and understanding. To be believed and to be trusted that the stories we tell are not fictions or the results of wild imaginations or of a child’s inability to distinguish between healthy affection from trusted adults versus assault at the hands of predators.

What we would really like are trigger warnings to protect us from actual abusers.  Perhaps a simple: “Warning: This person abuses children” attached to the man who hurt me would have saved me decades of pain and shame and isolation, or, at the  very least, would have compelled the adults around me to hold him accountable.

I hope that more people like Dylan Farrow will come forward without disclaimers and censors attached to their words.  As a survivor, I am empowered and encouraged by her strength and by the knowledge that I am not an anomaly.

Because the biggest truth is this: Abuse cannot be undone. Certainly, victims can press charges and fight legal battles and share their experiences and even pen open letters to the world. But, as Dylan Farrow’s experience reminds us, none of that can replace the stolen innocence of a seven year old girl who wants only to spend time with the man she considers her father. Who wants only to please him without having to endure the pain and shame that are the hallmarks of such abuse. Who wants only to fix the relationships and situations and people she did not break, and cannot repair.

While victims should never bear the responsibility or shoulder the blame or own any aspect of abuse inflicted upon them, their stories should trigger a call to action, rather than a warning to look away and hide behind the silence and the secrecy, the complicity and collusion that often disguise themselves as safety and comfort. It is up to the systems and the organizations and the people who bear witness to abuse to speak up, and step up, by participating in these painful conversations, so that victims may seek justice, speak their truth, and become survivors. 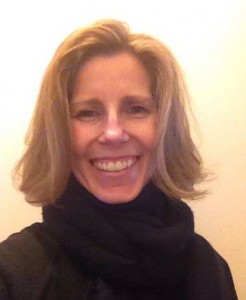 Heather Haskins received her MFA in creative nonfiction from Lesley University in Cambridge, Massachusetts and her B.S. in English Literature from Plattsburgh State University.  When required to define her genre, she chooses “memoir,” though her work spans everything from personal essay to humor writing to blogging to fiction.  Haskins’ memoir-in-progress, Locating Lorraine, is a product of her own attempts to navigate the world of domestic violence, not from a decade of professional work in domestic violence prevention, but from the vantage point of someone who loved and lost a family member–her Aunt Lorraine, who after decades of physical, psychological, and financial abuse finally ended her life.  Haskins’ work often explores the disconnect between people–from their surroundings, from each other, from themselves, and she is most interested in how we use art to establish, or reestablish those connections.  Haskins works as a freelance writer and editor, and is currently penning her second memoir about training her rescue dog Beckett to become a certified therapy dog.  Most recently, her work has appeared inThe Albany Times Union, The Forge Journal, and The Elephant Journal.