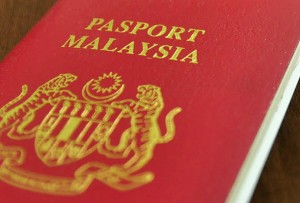 I am a good immigrant girl.

We only ever spoke English in my family. It is my first and only language. I understand fragments of my mother tongue, but the words twist and turn forming shapes like the shards of glass in a kaleidoscope, obscure and difficult to understand but beautiful in their own right.  If you speak slowly enough, I might get the gist of what you are saying.

It was part of my parent’s integration strategy, I suppose. I’m not sure if they thought about it very much; although, to me it felt like a deliberate decision. As Malaysians, my parents were educated in English. However, they were fluent in other languages.

I know speaking English helped me in many ways during my childhood. I was never bullied for having a “funny” accent. I learned to read and write quickly and efficiently. There was no “confusion” brought on by me speaking one language at home and one at school. I learned fast. My parent’s strategy helped me become a “good immigrant,” someone digestible to the masses.

“Bad immigrants” are the kind who club together speaking their own language, inscrutable to outsiders. They wear “funny” clothes and do “strange” things. Their behaviour invites comments about “forming ghettoes.” People ask, “Why did they come here anyway, if they don’t want to assimilate?”

I only felt the sense of loss at my lack of language as I grew older. Maybe it was when I hit high school, and was no longer the only Asian kid in the schoolyard. I could hear the musical tones of the languages the other immigrants spoke. I didn’t have that. I couldn’t revert to a tongue that belonged to me and my family. All I had was English. It marked me as different from the other Indian kids who had come later and left behind friends and schools. Most of them spoke Hindi.

My coffee coloured skin and strange name that tangled on the tongues of teachers forever marked me as other, despite my best efforts. I tried so hard to be like everyone else. I remember clearly thinking that the minute I turned 18, I would change my name to something like Sarah, a nice wholesome white girl name that no one would pause at in horror when trying to read it aloud. I would choose an easy name.

I am still a safe immigrant girl. Almost white, but not quite.

I found my friends in people at the margins, people who found their own cultures and communities suffocating for whatever reason—be they brown, yellow or white. We bonded over our many similarities, the chief of which was the ways in which we were all different.

We moved a lot when I was a child, but for a while I went to a day care centre next to our house. I enjoyed the teachers and students, but the food was so strange to me. Carrots and other vegetables boiled to oblivion with barely any salt and certainly no spice. I hated the soggy mush, and refused to eat it. It was so alien compared to the rice dishes and curries I ate at home. I think this is the first memory I have of being an outsider. I would watch the other children eating and wonder if there was something wrong with my tongue. It is a feeling that has never really left me. While I don’t want to change my name to Sarah or bleach the brown from my skin anymore, it is hard not to feel that I will never be an insider.

As an immigrant, it is important to negotiate the muddy waters of being an outsider in ways that will keep me safe. 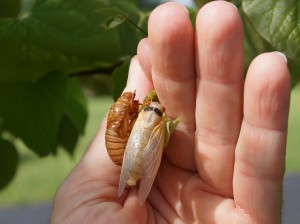 When the other children in primary school spoke of collecting cicada shells, I had no idea what they were. In my mind, they were some sort of misshapen plant offspring rather than the outgrown exoskeleton of an insect. I knew better than to let my ignorance show. I smiled and nodded and pretended I was wise like the rest of them. Then, I went home and asked my parents, who were no more informed than me. Soon, I knew better than to ask my parents certain things. They would never be able to fill the gaps in my knowledge about social rules and slang. I’m glad I never went to them and asked what a “rubber” was. The giggly responses to that word were definitely not in response the thing I was using to erase my chicken scratch handwriting, but I couldn’t quite understand what else it might be. So, I became good at artifice. I allowed the world to imagine me in ways that I was not quite. I knew to guard my tongue. I would not allow my ignorance to be used as a weapon.

Sometimes it felt like every day presented new ways in which my otherness could be exposed and made real. As long as I was just a brown girl who otherwise acted normal, I would be okay. On my first mufti day at intermediate school, where you get to come to school in your own clothes instead of uniform, I wore lipstick red leggings and an oversize black t-shirt. The combination lit up my heart and made me feel powerful. Until I got to school. Everyone else was wearing beige or khaki cargo pants and slim fitting t-shirts that hugged their waists. I became terrified. How could I do something so stupid? I stood out like a sore thumb. I spent the day anxious and afraid that someone would say something that would start a chain reaction of ridicule. Luckily, all I got were funny looks and sneers, but I never made that mistake again. I convinced my mother to buy me two pairs of cargo pants and two pairs of shorts. They became my mufti day uniform. I had summer and winter covered. It was a long time before I felt brave enough to wear bright colours again.

When, for some unknown reason, the word “Hindu” came to be used as an insult at my school, I kept my mouth shut. I knew that they didn’t really know what a Hindu was, and I worried about what would happen if people found out that I was actually a Hindu. They would either shut up about it or they would never shut up about it. I couldn’t risk it, even though every time I heard someone say, “What a hindu!” or “Bloody hindu!” I knew that was who I was. A bloody hindu.

I survived by being quiet, unobtrusive. Nearly invisible.  A good immigrant girl.

We had arrived in the 1980s, unlike the majority of immigrant families from Asia in our area who had arrived later. I was only one year old when my parents took a chance on moving to a country nearly 10,000 kilometres away from their home. I can’t imagine what it was like for my mother, living on her own and beginning to raise her first child with no family support. It was worth it for my parents to take the leap in order to give us a life that they did not think was possible back “home.” The hybrid children they have raised have come as a surprise to them, I think. I am other to my parents as much as I am to anyone else.

I have been integrated, assimilated, subsumed and transformed forever by the experience of growing up other. It is like a chemical reaction, both components are irreversibly changed by their interaction with each other. There is no going back now. I have survived by playing the good immigrant for my entire life. Perhaps it is what I am now. 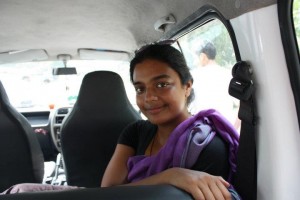 Gaayathri Nair is a young feminist hailing from Auckland, New Zealand. She is the child of diaspora two times over, and is deeply passionate about all forms of social justice. She can be found tweeting sporadically @A_Gaayathri and blogging at http://www.ahumanstory.wordpress.com.