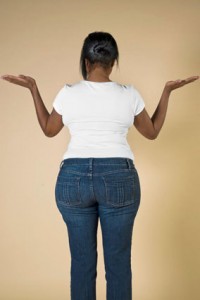 eulogy for my ass

we are gathered today to pay our respects

to my young ass

she grew up perky.     .precocious

always reaching for the stars

throughout the late eighties

shaking in clubs and parties

or maybe the right

not gonna spend no hard earned

eighty dollars on denim with

a built in girdle

still the specter of

why didn’t i tell her how much i loved her when she was here?

absorb value hollered into my body on the street

we’ve got a negress here

look at those firm haunches

where do we start the bidding?

no longer on the auction block

not even dating on the modern meat market   I’m married

yet somehow the loss of my youthful ass haunted me

a secret stash I could always fall back on

if this writing thing didn’t work out

this college professor gig fell through

i would always have my ass

but everything has its season

a time to defy gravity and a time to bow down

behind every great woman

is a hard working ass

up the rear guard

i honor these fallen   forgotten soldiers

ass not what your country can do for you

yet from this untimely death may new life begin

my grown ass  a phoenix

rising from the ashes

i praise these gluteus maximi

who have propelled me

hold me up even now

as i write this poem

the ass not half empty but half full

switching along in time

as i walk the road

in god not in the bod we trust

accepting aging is a must

asses to asses.  .dust to dust

In August, a young woman was photographed at a concert in Ireland kissing more than one guy and performing oral sex on one of them in public.  Someone took photos of her doing so, and posted them on the internet.  They went viral.  Many photos had a bar over the guy’s face and not hers.  She was clearly identifiable.  In an avalanche of comments, she was slut-bashed, and cyber-bullied.  Later it became clear that she was only 17, she asserted that she had been sexually assaulted by a different man at the concert, and her drink may have been spiked.  Needless to say, she was devastated.

So…A young man walks into a bar
And it’s a bar over his face, his smug, triumphant face, double thumbs up to his buddies
while a woman kneels at his groin drunken, exposed, her brown curls blowing in the wind

This young girl becomes a joke, a public laughing stock

So…A young woman walks into a bar and it’s a crowbar a kitchen knife a sharpened screwdriver a household tool becomes a tool of violence in the hands of a tool whose lowered the bar on his humanity
Meanwhile, in a comedy bar across town, a male comedian is telling a rape joke

I’m sick of rape jokes.  I’m sick of public debate around rape jokes where male comedians wanna whine about being the victims of some kind of injustice.  The important issue is not whether male comedians have the right to make jokes about rape, the important issue is whether women have the right to live their lives without being raped.  The fact that they would then have to endure male comedians making jokes—mean spirited jokes that have whole audiences laughing at rape victims–is only insult to injury. Like being sexually assaulted at a concert with photos posted for the whole world to see.

It’s like a rapist going in to the police department and pressing charges claiming that his ears were assaulted by a woman’s screams while he was raping her.

Okay, defensive male comedians, you want freedom of speech? You’re free to make vicious, insensitive rape jokes, and I’m free write this spoken word rant about you.  I’m free to join the millions, maybe billions of women and men who find that shit completely un funny, to stand up in the club and heckle you, to call you a misogynist asshole with limited imagination and even less talent. and you’re free to counter with some predictable barbs about me, probably including my appearance, my sex life, my rapeability. Knock yourself out. No really. Take a heavy blunt object and please hit yourself repeatedly in the head.  Cuz that shit would be 100 times funnier than your tired material.  Are you mistaking womens’ shocked and nervous laughter for enjoyment?  If a woman cringes and shudders while having sex with you, do you mistake that for an orgasm?

Why did the chicken cross the road? To get away from the rapist, to get away from being scared every fucking day of rape, to go help her friend who had just been raped, To get away from the memory nightmare flashbacks of being raped. But she couldn’t get away because rape was everywhere.  TV shows all about rape, serial killers, child molesters, rock and rap songs glorifying rape, New Yorker articles praising young rappers painting their earlier snuff songs about rape as youthful indiscretions—the chicken did cross the road, she tried to get away but there was nowhere to go, rape was everywhere, on a date in the movie theater, in her house, in her family. She was running. Running down a dark street, with heavy footsteps behind her, they were getting closer, closer, when suddenly she tripped and fell and–

What do you get when you cross a rape joke with a feminist?  Dead silence. So let’s have a moment of silence for the body count, all the real, once live now dead women who were raped and killed. And for all the assholes in the audience, try not to fucking laugh about it.

That’s right. I’m talking bout yo mama. One out of three of yo mamas.  You! white boy in the audience laughing. Some asshole raped yo mama. Pulled out his nasty dick and stuck it in yo mama, fucked her without her consent and you’re up here laughing about it. So I guess the jokes on you.

Douchebag:  Are We Really Insulting the Guy?

Douchebag.  Lately abbreviated to douche; a derogatory term for a male that manages to put down an individual man while simultaneously insulting all women. The so-called douchebag type guy is sleazy and offensive.   The word douche comes from the French.  Today, in France it means shower.  But in the US it means the bag/hose/wand contraption that irrigates a woman’s vagina when she’s feeling “not so fresh.”  Apparently, whoever came up with douchebag as an insult found female genitals offensive hence, the association.  And why are they blaming the bag, anyway? It’s just a fucking bag.  It holds the water that washes out the vagina.  It’s on the other end of a four-foot hose, for God’s sake.  It’s like saying, the bag, filled with water or vinegar or whatever, the furthest thing from the vagina is still somehow tainted, worthy of use as a slur. But I do not consent to this.  I do not consent to the use of any part of my body or any of the associated secretions or smells for any other than its intended use and certainly not as an insult. So my vagina and I plan to take legal action and sue said insult inventor for defamation of character, slander, disturbing the peace and copyright infringement. That’s right.  The pussy created the funk, it is it’s own original work, not in any way derivative, and the pussy must retain all rights and creative control. The real problem with douchebags are not vaginas themselves, but the very erroneous idea of needing to sanitize the vagina in the first place. Early in my pelvic exam career, I recall laying back splayed on exam table, speculum inserted, heels in stirrups as a young white nurse practitioner inspected my cervix.  Although I tested negative for yeast and STIs, she warned me against douches and sprays.  They were irritants. “The vagina,” she said, snapping off the light between my legs and removing the speculum,“the vagina is a self-cleaning unit.”

I liked the sound of that. Monday morning in history class, while my professor droned on about the Peloponnesian War, my vagina was busily scrubbing out all traces of the douchebag I’d slept with Saturday night or really Sunday morning. And yes, I called him a douchebag. And I mean it as an insult. Not because the douchebag is associated with the vagina, but because it’s associated with idiots who create products to refresh body parts that don’t need refreshing. God put flower smells in flowers and vagina smells in vaginas. Don’t fuck with mother nature. The vagina is a self cleaning unit. Summer’s Eve, Massengill, even Wal Mart generic brand hear me now:  we don’t need you we don’t want you; we don’t like you.  Let the pussy do it’s job.

The young nurse practitioner couldn’t find any bacterial or viral cause for the irritation in my vagina.  But now I’m convinced that my vagina was irritated at the douchebags I was sleeping with.  Even through the condom, my vagina could tell that they didn’t give a damn about me!  They were like the Massengil of dating.  Some fake ass shit that was supposed to improve my life but I was better off without it.

I use the word douchebag as an insult, not because there’s anything disgusting about vaginas, but because it’s disgusting for men to objectify women, abuse women, assault women, and generally make our lives miserable in an effort to boost their low self esteem.  Go get some goddamn therapy, douchebag.  Those guys, like the very idea of douching, prey on women’s vulnerabilites, that creeping feeling that something might be wrong with us, that we don’t deserve to love ourselves as we are.  That our lives will be improved by having something fake cheap and tacky inside our vaginas.

And to all the people, male, female or otherwise, who ever feel like something is inherently wrong, disgusting, or malodorous about you, it’s a lie.  Don’t let those douchebags get you down. 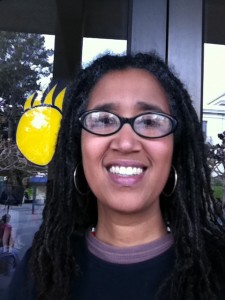 Aya de Leon is a writer/performer whose work has received acclaim in the Village Voice, Washington Post, American Theatre Magazine, and has been featured on Def Poetry and in Essence Magazine.  Aya has been a Cave Canem poetry fellow, and a slam poetry champion.  She is currently working on a sexy female Robin Hood heist novel.  She is the Director of June Jordan’s Poetry for the People program, teaching poetry, spoken word, and hip hop at UC Berkeley.  She is a guest blogger for Bitch Magazine, Mutha Magazine, Movement Strategy Center, and MyBrownBaby.  She’s on Twitter @AyadeLeon and blogs at AyadeLeon.wordpress.com.