Content Notice: This article is part of the #LoveWITHAccountability forum on The Feminist Wire. The purpose of this forum and the #LoveWITHAccountability project is to prioritize child sexual abuse, healing, and justice in national dialogues and work on racial justice and gender-based violence. Several of the featured articles in this forum give an in-depth and, at times, graphic examination of rape, molestation, and other forms of sexual harm against diasporic Black children through the experiences and work of survivors and advocates. The articles also offer visions and strategies for how we can humanely move towards co-creating a world without violence. Please take care of yourself while reading.
By Tashmica Torok
I don’t know where my father’s urn is. At the age of 20, I moved and left his box in the top of my closet. It wasn’t an accident. I made a conscious decision to not carry that man any further into my future. I wish that symbolic gesture of physically leaving him behind transferred easily to a mental reality. There is no leaving traumatic memories of severe childhood sexual abuse completely behind. Those memories are folded into the deepest corners of my brain where they will remain until I die.

I don’t remember when the sexual abuse started. I only remember that it ended with his unexpected death. My father was training to become a Green Beret in the Army and while paratrooping, a blood clot burst in his brain and he died. The abuse had come to an end but I was now left with a secret that loomed overhead as my family grieved and attempted to move on.

My father had threatened that if I told, I would destroy the family. I was also told that he was preparing me to be a wife. I still remember him explaining that it was like the nudity in National Geographic. This was my early education.

A year after his death, I told a trusted teacher and with her help, my mother. I was believed and supported immediately. When people ask me about what made the biggest difference in my healing, I tell them that I was believed and tremendously loved. I never felt blamed or shamed into silence.

When I am working with families who have been impacted by child sexual abuse, I have to admit that the idea of seeking accountability is unfamiliar to me. My father’s early death turned out to be my salvation and at 9 years old, I knew that my father would never be held accountable for his actions. I would have to be the one who bore the consequences for defiantly sharing my personal story. I would be the one held responsible for ruining his reputation. I knew that my father would always get off easy. I thought of his death as a clandestine escape route. Even though he didn’t die by his own hand, I still blamed him for leaving me holding his secret in my two little hands.

As an adult, I watch our communities wrestle with the idea of accountability. I watch our conversations as they circle around what should be done with perpetrators. We discuss treatment, restorative justice, incarceration and often, in internet threads, violence against perpetrators. We struggle to pull the pieces of what we think should happen together and then watch much of it fall away as our current system is not capable of fully addressing the complexity of child sexual abuse.

I will not stand here and tell you that I have an idea of what I would have wanted had my father survived. I cannot be sure that I would have ever disclosed what was happening. I often joke that my only form of accountability was to cast aspersions on an urn in my closet. “Damn you, dead dad.” I don’t know that I would have wanted him to go to jail or if restorative justice would have been something that would have helped my family. I am almost certain my father had his own story of abuse to tell and for that, I have found within myself a space for understanding and compassion.

Here’s the thing though. The children who experience sexual abuse in our communities are often completely disconnected from the process of accountability. Much of what happens after disclosure is controlled by laws, requirements and processes that have little flexibility to allow a survivor-led approach to addressing child sexual abuse within a family structure.

If you read that and it scared you a little, know that you are not alone. I recognize that moving towards treatment, restorative justice, and survivor-led accountability places the faith of the community in a new form of justice. It is not our country’s norm to ponder healing over punitive measures. I struggle with the idea of ever trusting perpetrators to participate in what feels like a lenient system.

Still, we have to recognize that the systems that we have put into place are not decreasing incidences of child sexual abuse. If anything, as we challenge dangerous stigmas and become more vocal about child sexual abuse, we are likely to see an increase in reports. We are not fully approaching prevention if we are not addressing the trauma and violence that have historically impacted communities of color. When our ancestors were raised to emulate overseers and taught that rape was a commonplace struggle to clean up and pray away in church pews later, we have to recognize that child sexual abuse is deeply intertwined with an inability to heal from our past. We have to acknowledge that what’s missing is not punishment, it’s the survivor’s voice and guidance.

In order to move in this direction, we must all agree that a survivor is to be trusted (or believed) when they tell us they’ve been harmed. We must decide as a community, that their healing and well-being is our first priority. We must reevaluate our justice system to ensure that the policies and procedures related to addressing child sexual abuse address long term cultural shifts in addition to short term public safety. There is a laundry list of things we must do if we decided to moved towards a survivor-led focus on accountability but in all honestly, I’m not sure we’ll get past that first one.

When given the opportunity, our community at large will allow the perpetrator to make excuses for their behavior when accountability requires a full and truthful admission of guilt. If we advocate for the truth, we have to let go of the ideas that our religion, respectability, morality, and discipline will keep us safe. When a child disrupts the view of safety that adults cling to, they push the child to view the world in a way that consoles the adults rather than protecting and validating the child.

In 2016, victims of sexual trauma have been asked by their faith community to apologize to their perpetrator, they have been punished by their school for lewd behavior ‘regardless of consent’ and they have had their sexual assaults publicly justified as treatments for injuries sustained during gymnastics.

(If you’re guessing that gymnastics injuries are not typically treated with intravaginal procedures, you would be correct.)

These are not all instances of child sexual abuse as seen within the family structure but they do indicate that culturally, we prefer to protect the reputations, titles, and honor of individuals or systems above and beyond the child survivor. These examples cannot exist on a larger scale without a supportive microcosm of rape culture playing itself out in our homes.

Instead of believing children and allowing them to lead us towards the truth, we gaslight them until they no longer recognize the truth in themselves, others, or the world around them. If we do not allow for survivor-led accountability when a child has been victimized than we cannot claim to love that child. All we can claim is a loyalty to a system that often excludes them. All we can say, is that we are willing to make a living sacrifice of that child in exchange for what makes us comfortable. 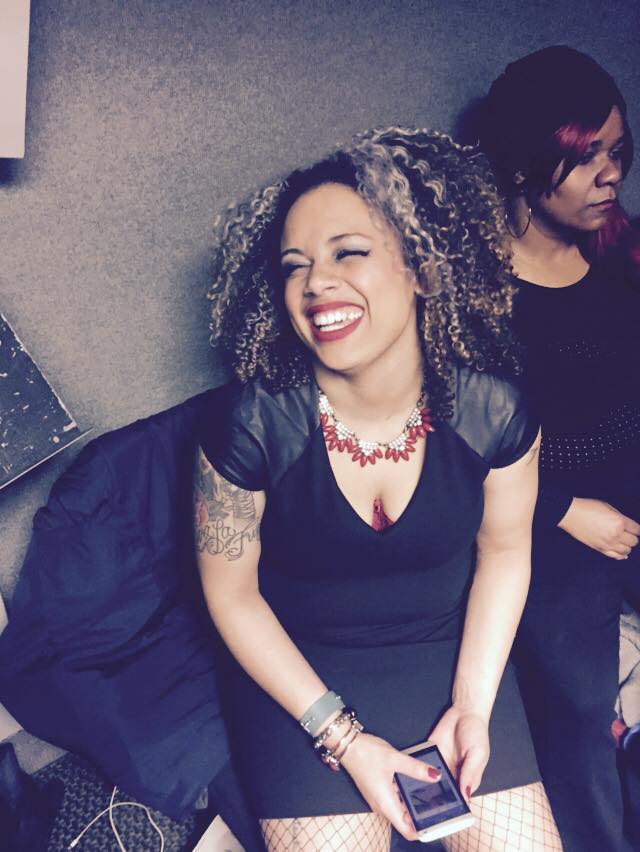 Tashmica Torok is the founder and executive director of The Firecracker Foundation, a 501©3 nonprofit that honors the bravery of children who have survived sexual trauma by building a community invested in the healing of their whole being. Tashmica is not just a nonprofit entrepreneur. She’s wicked funny, the mother of three boys and an avid mimosa enthusiast. She is also a survivor of child sexual trauma with a deeply held belief that vulnerable storytelling changes the way we view and react to suffering.