I didn’t start talking until I was approaching five years old. This is not uncommon for some people with autism and its associated disorders, but it is relatively uncommon for people diagnosed with Asperger’s Syndrome. In fact, a criteria of being diagnosed is that there are no significant delays in language. It’s one of the myths of the disease; what does “significant” even mean? Others myths paint autistic children as cold and unloving, violent and defiant, and less intelligent than their peers. Like many children with Asperger’s, I was a creature of obsession: blue whales; the sea in general; and as I grew older, Greek mythology—particularly that material myth, Socrates.

Sometimes obsession leads me to re-read Plato’s Symposium and cry; more often it looks like quoting Socrates and visiting his bust at The Met. I was recounting my interest in Socrates recently, during a meet and greet for incoming MFA students at Columbia, when my classmate looked over at me, with a grin on his face. Didn’t Socrates diddle little boys? he half asked, half accused. Of course, the answer is yes. The ancient Greeks were invested in a cultural pederasty that, in their society, defined romantic norms. Pederasty was a social phenomenon, embedded in their myths, their men, and their Gods.

Yet, I take issue with my classmate’s question, one meant to cast history as a tragedy that has ended. Questions like that ignore that Americans also have a culture of child predation — we just prefer to look away. As a Black person, I know that child molestation and child sexual abuse are embedded within our culture. It’s in the silence around Michael Jackson’s terrible personal boundaries, and numerous accounts of child molestation. It’s the people still willing to defend him against these still mounting claims in the present day. It reappears when we can still dance to new music by R. Kelly, a man known to prowl high schools and shopping malls for teenage girls, offering them gifts in exchange for sex. The same man miraculously acquitted of raping his own teenage goddaughter not so long ago.

Even without any famous examples we can look to our family reunions, cultural events, places of worship, and homes to find evidence of this culture. We can look to our neighbors and friends for proof. Sexual violence is part and parcel of the emotional and social violence that occur within our communities. My initial inability to tell anyone about the sexual abuse I was experiencing at the hands of an elderly female neighbor created the perfect environment for it to continue. My family didn’t run to check on me because they were simply relieved to be rid of me for a while.

Autistic children are accused of being burdens to our parents and families. We are asked to be thankful when we are not murdered by their hands. We are asked to keep still when we stim, calm down during a meltdown, be quiet when we are echolalic, and stop any ticks or repetitive movements that adults find objectionable. These messages are violent, and justify violence against autistic people. These beliefs allow child sexual abuse to continue. When we ask children to be things that they are not, and to create themselves in ways that we deem appropriate, we communicate the message that what we want for their bodies is more important than their self-determination. If we truly want to end child sexual abuse, we need to recognize the autonomy of children over their own bodies. That doesn’t mean that they can do whatever they want, it simply recognizes that they have the final say over their bodies when safety is not a concern. It insists that a child that flaps their hands, doesn’t speak at all, won’t make eye contact, or never stops talking doesn’t need to be “fixed” just because adults don’t like the behavior. My family and community would have needed to revise the way they thought of me to make space for my agency before they could effectively demand accountability from the woman who molested me.

Personally, I believe that the accountability model is a conservative and confessional one. It stops at the level of admitting to the violence – an important step, but only the first one. When I hear about “community accountability,” what is meant is that the whole community will work to hold a single person “accountable” to a harmful action or series of actions. This model forgets that abuse thrives in silence and isolation. Silence and isolation can only occur when a community turns away from great injustice. Thus whole communities are implicated in all instances of child sexual abuse. I don’t need anyone to confess their guilt publicly, I already know who harmed me, and in many cases, so does everyone else. I need a community where everyone recognizes the role they played in that violation.

One reason why communities, a word I mean here as some amorphous combination of families, neighbors, congregations of faith or worship, and institutions such as school or local government, choose to ignore child sexual abuse is because the response is assumed to be necessarily punitive and to require an overwhelming amount of evidence to prove. Nobody wants Uncle Jerome to do jail time. How can you prove the pastor touched you? Aren’t you too young to even know what rape is? The victim is punished because the perpetrator is unavailable to punish, or too important to punish. The victim is of no importance because they are sullied by the crime, and suspect just for telling someone. Instead of radical communities consistently asking for ways to make child sexual abuse accountability less punitive for those who perpetuate it, I would like to first see it become less punitive for the children who have endured it.

What would it take to restore communities after child sexual abuse is reparations? I don’t think that these must necessarily be monetary, but a recognition that something material is taken in acts of great violence is important. If communities provide CSA survivors with somatics or therapy, people may be less likely to continue the cycle of abuse, and could heal from the addictions and harmful coping mechanisms that often come with having experienced violence. If communities paid for training or education for CSA survivors, we could gain a new dream in exchange for all the ones that were squashed and snuffed out. I don’t think it is realistic to try to restore the relationship between abused and abuser after CSA, but I believe that we can restore the relationship between a child and their community by offering services and benefits after such a violation.

Please, give us our reparations if you knew that someone was hurting us and we couldn’t cry out for ourselves. Please check on us, make sure we don’t hang ourselves, don’t hurt ourselves. It is a sisyphean burden to carry each day. All we can do is try to be accountable to ourselves, to our healing. All we can do is teach children that they own their bodies, and that adults who ask them to keep secrets want to harm them. All we can do is be the vanguard of the movement to end child sexual abuse. 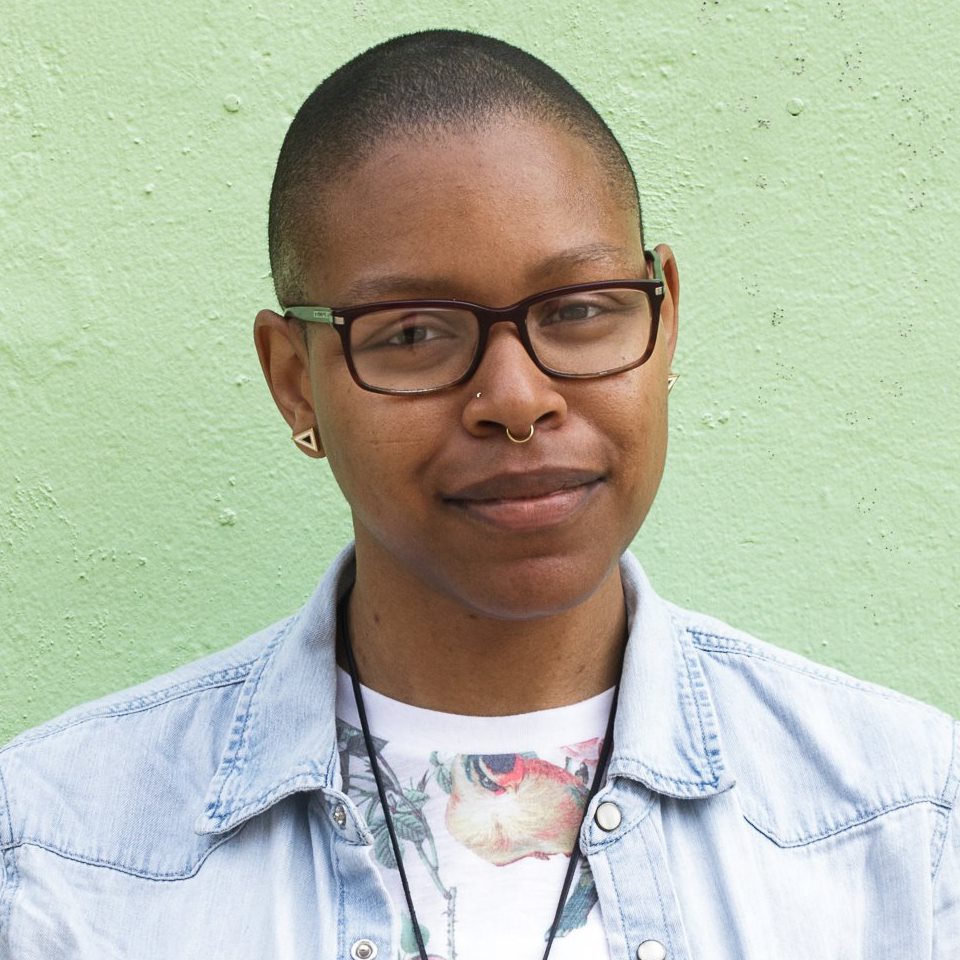 Cyree Jarelle Johnson is a black non-binary essayist and poet from Piscataway, New Jersey. Their writing concerns community as a sight of trauma, animality, myth-making, and afro-pessimism. Cyree Jarelle is a Poetry Editor at The Deaf Poets Society, a journal of D/deaf and Disabled literature and art. They are a proud member of Harriet Tubman Collective. They are currently a candidate for a MFA in Creative Writing – Poetry from Columbia University.