Personal is Political: Mind the G.A.P. – The Feminist Wire

Personal is Political: Mind the G.A.P. 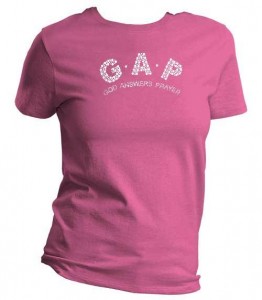 ++++I suspect that the worst thing that has happened to my mother is me, but perhaps that’s my hubris talking. Like my panties, it has a way of showing through at inappropriate moments. But hubris is the stuff of gods and tragedy, and this is just a worst thing—worsts all being relative.
++++“You could write about how I was sad as a child because I didn’t have long hair. I tied scarves around my head,” my mother says from the back seat. We are in the Chick-fil-A drive-thru, knowing we should not be in the Chick-fil-A drive-thru because of their political views. But the chicken is so damn good.
++++“Oh black hair, black hair,” I say dismissively. “Everyone has a black hair story. Thanks to Chris Rock, even white people have a black hair story.” In case you’re wondering, my black hair story involves a racing dynasty. Marco Andretti, grandson of Mario, handed me a glass of Cristal and then touched my Afro because he thought he could.
++++“But was that the worst thing?” I ask.
++++“Not really,” my mom says. “How about when I got called a nigger?”
++++“Which time?” I say.
++++“That time in Northeast Philly.”
++++“Yeah, nigger. That’s a go-to tragedy.” Already, I can feel my voice deepen and my carriage adjust. My shoulders roll back, the gap between my front teeth widens ever so slightly, and suddenly, I am stately. It’s Maya Angelou again. Every so often, she astral projects into my being at the sound of the word nigger. I’m not sure what she’s up to, if she’s out to protect or protract feelings of racial injustice. Part of me thinks she’s an opportunist, looking for any chance to exploit the phrase “and still I rise.”
++++I shake off Maya and order two number six combos at the window, disappointing the gay community in one fell swoop. “Racial injustice,” I say. “But is that really the worst thing?”
++++“No,” she says.
++++And then it hits me with the same embossed clarity of the letters on the shirt she’s wearing—G.A.P., God Answers Prayers—that the worst thing that has happened to my mom is me, only she doesn’t know it.
++++My mom is down with G.A.P., and so everything that happens has happened for a reason. She has survived those things. She has endured in such a way that those challenging moments of loss, of humiliation, of suffering are merely obstacles to be overcome with amazing grace.
++++So, perhaps the worst, the thing she does not know, would be to have a daughter who can’t quite whole-heartedly get her head around G.A.P, who, one windy March, was ready to fly in the face of G.A.P., who, without a lead on the appropriate barbiturates, had purchased certain chemicals on the internet, convinced that she could build a carbon monoxide chamber in her car that would suffocate her in a matter of moments (so many parts per million), who had picked a location where the car would not be found for at least a day, ensuring success, not a failed attempt that would be read as a cry for help and result in hospitalization, deformity, prolonged agony or brain death, who had tried cutting, but just thought it was messy and stupid and didn’t offer the sense of calm or control that she’d heard cutters talk about.
++++But again, this all smacks of hubris and my childish failure to see my mother as a person unrelated to me. Her worst thing has to be my worst thing.
++++I am reluctant to think of her as a being apart from myself. I am reluctant to cede that distance to her. We are close, but I know it’s not me she’s closest to. Distance tells me so. Distance tells me she’s closest to God.
_________________________________________________________ 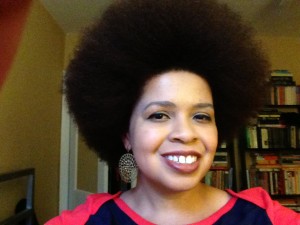 Erica David is a writer from Philadelphia. She graduated from Princeton University, where she majored in English, and has worked for many years as an author of licensed children’s books and comics. Currently an M.F.A candidate at the Writer’s Foundry in Brooklyn, David is at work on a collection of short stories, which includes the “newly discovered” blog of Alexander the Great and a look at the daily grind of your average, hardworking chupacabra.