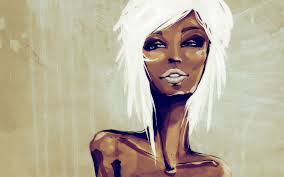 Cultural appropriation is a continuing epidemic in the United States (US). Yes I said it, Black Culture (although we are not the only ones) is being eroded and manipulated by Whites who steal elements of Black Culture, adapt them for dominant and mainstream use, and rebrand them as popular, new, and acceptable for the masses. This is cultural plagiarism. But let me step back for a moment and define cultural appropriation for those who may be unaware. Cultural appropriation is the espousing of specific aspects of one group’s culture by another, usually the dominant group. Is this a crime in the normative legal context? No. But it is a crime against minorities and marginalized groups as they exist within a context of a White privilege and a society built on White supremacy.

Theft, in the normative sense, elicits consequences for grievances by holding the thieving party accountable for its actions. Yet there is no tangible consequence for cultural appropriation. We, Black people and the wronged party, are expected to be flattered that Whites have taken it upon themselves to popularize and remap the meanings behind Black Culture so that it is no longer viewed as repugnant by the status quo. Despite what the privileged elite would like us to believe, cultural appropriation is not adoration in the least bit—it is, in fact, the exact opposite.

The appropriation of Black Culture in the US is the silent mockery and degradation of cultural values, practices, and ideas that were once considered inappropriate and loathsome by Whites. The adaptation of Black Cultural practices by Whites does not represent a step towards acceptance; it re-inscribes privilege, maintains structural power, and infiltrates whiteness into the public spaces of minority groups. Cultural appropriation is yet another way white supremacy remains intact. Nothing is mainstream or desirable until the dominant group makes it so. In other words, elements and actions of Black Culture are not “cool” or desirable until a prominent White individual performs them.

Are you still questioning if cultural appropriation is detrimental to Black identity? Let me provide an example. In early April 2014, Marie Claire magazine had to do some serious backtracking after it tweeted a photo of Kendall Jenner wearing cornrows in her hair. Marie Claire branded the hairstyle that Jenner was sporting as “new,” “epic,” and “bold.” Who exactly is this hairstyle “new” for? The answer of course: White women.

What is “bold” or innovative about something that has been around for years? Did White women just discover cornrows? Were they unaware of hair braiding before Kendall Jenner wore them in her hair? Of course not. The difference between a White woman with cornrows and a Black woman with cornrows stems from the associated meanings behind the bodies that engage in these behaviors and actions. There are certain preconceived notions about a Black woman with cornrows. Likewise, a White woman (and a famous one at that) sporting a typically “Black” hairstyle is bound to garner some attention. The difference being, that when Black women wear cornrows it is underwhelming because it is intrinsically tied to their expected behaviors. Ultimately, a Black woman with cornrows doesn’t impact American society because they are just being “Black.” But when a White woman, or White individual in a more general context, performs Black “behaviors” it is surprising and even refreshing for White society. The manipulation of Black identities by Whites is a mangled series of carefully cultivated and scripted performances utilized as a disguise of cultural awareness.

So why is it that White women today are rewarded for undertaking the practices of Black women? Historically, a White woman performing the expected behaviors of a Black woman during the prevalent and pervasive slave system and its legacy throughout nineteenth and twentieth century America would be socially ostracized for undertaking the practices associated with Black slave women. However, the way White women are perceived has shifted to support a variety of their identities and representations. In contrast, Black women’s identities remain stagnant. Black women’s beliefs about their bodies and actions continue to occupy the peripheries of social acceptance. The seeming acceptance of White women’s appropriation of Black women’s cultural practices is a misguided notion In the haste to move away from the wrongdoings of the past and the implementation of fake “approvals” of Blacks in a post Jim Crow US, cultural appropriation has become an uninformed way for Whites to perform acceptance of Black culture without challenging the structures of white supremacy. The fact of the matter remains that unless the identities of Blacks are reshaped on their own terms, the practice of cultural appropriation should not be viewed as culturally beneficial to Black identity.

Historically, when Blacks appropriate American or White Culture it is not out of choice, it is out of necessity and survival. The appropriation of White Culture by Blacks has been essential to enabling Blacks to infiltrate and belong in White public spaces where they would not be accepted if they behaved differently. The engagement of Blacks with White cultural practices signifies attempts by Blacks to be widely accepted in mainstream culture. One example is Black women’s use of hair weaves. Some assert that a hair weave, with its likeness to Euro-American and Caucasian hair texture, is a cultural appropriation of White woman’s beauty. However given the historical context of anti-blackness in the US, this form of cultural appropriation does not invoke the same power dynamics of white dominated multicultural logics. In fact, not ascribing to White women’s hair can result in the further disciplining of Black women. Take, for example the media coverage of Jessica Sims discharge from the US Navy for refusing to remove her dreadlocks in favor of straight hair or a wig. This example attests to the fact that mainstream America is still not accepting of, and continues to regulate, natural Black hair and Black cultural practices.

So it remains, cultural appropriation is yet another form of oppression and a misappropriation of Black identities. The oppression that stems from cultural appropriation can be mitigated by structurally adjusting the formal and informal rules and regulations that label the behavior and actions of Blacks as unacceptable. This is difficult to do because practices such as cultural appropriation are integral parts of a society founded upon White privilege; it is an extension of the many ways that Whites affirm their power, dominance, and privilege. Importantly, there is power that comes from recognizing cultural appropriation as theft, and ultimately as forms of social and political injustice. When we acknowledge it as such, we can refuse whiteness, rise above the victimized role of the “other,” and move towards a level of culturally amassed healing.

We must take back what is ours. 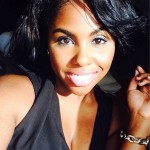 Shantel Perry studies Political Science, Socio-legal Studies, and Women and Genders Studies at the University of Toronto. She has a passion for political theory as it pertains to social structures and the policing of women and women’s bodies. Shantel’s writings have been published in Soar For Harriet and she is currently in the midst of writing an inspirational short novel titled “Small Steps to Big Places.”