Op-Ed: Why Does “Gender” Mean No Pay? – The Feminist Wire

Op-Ed: Why Does “Gender” Mean No Pay?

By Guest Contributor on February 3, 2014

It’s not unusual for me to be approached by resource companies for advice. My research and work explore the topic of gender in male-dominated industries like mining, and oil and gas. And gender has become something of a buzz-focus in these industries. 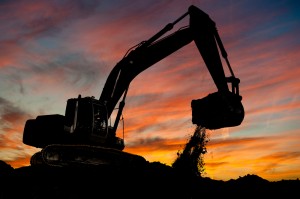 I received such an invitation the other day from a mining company. This invitation started out by indicating that the company was “very interested” in my work, which they believe relates to their attempts to explore “ways of integrating women more fully into projects.” I was invited to come and share my experiences with them. There was no question about how much I might charge to provide such services. And I was clearly informed towards the end of the letter that my “travel and accommodation would be at your expense.”

Here’s how I read this invitation: Would you please pay out of your own pocket and give us your time freely to help us at least show that we are attempting to work on our gender issues, while we continue to thrive in one of the most profitable industries in the world.

To understand my anger, let’s change the topic of my field of work for a moment. Let’s imagine that instead of gender, my expertise is the physical design of mine sites. Instead of graduating with a Ph.D. in gender and culture, I came away with a Ph.D. in engineering. In my thesis, I developed an innovative response to some of the safety and cost issues involved in the design and production of new mine sites. I have since written extensively on this. I have worked with government departments to conduct research relevant to my area of expertise. And I have worked for resource companies to help them implement my ideas.

Do we imagine for one moment that I would now be invited to share my work and ideas with a mining company not just for free, but at my own expense?

This request for expertise on gender to be offered in return for no payment goes to the very heart of the gender problem in resource industries today. It exposes deeply embedded pro-masculine and anti-feminine beliefs, which have guided these industries for centuries.

As I note, there is a current buzz around gender in resource industries today. But this buzz fails to get anywhere close to helping resource companies and their employees understand the impacts of gender on their businesses and workplace cultures.

The buzz about gender is always and only about women. It’s about numbers of women in the workforce and numbers of women in leadership positions. The more women a resource company has, the better its gender culture will be, apparently. Why? Because women are assumed to have gender. It’s women who are the gender problem. And women, therefore, are believed to be the gender solution.

If this particular company had actually read any of my work, which they claim to be “very interested in,” they would have already appreciated that I do not see women as the gender problem. The work I do is not based on some misguided and sexist belief that women will naturally introduce softness, better communications, and more diversity into a workplace.

Instead, I argue that we can only ever hope to solve the gender problem in resource industries if we are willing to explore how organisations and workplaces help to produce particular practices of gender. We need to look at how we do gender at work and not at what gender we are when we go to work. And we absolutely must include in all of this scrutiny of men and masculinity—which are not necessarily the same thing.

The invitation I received made it clear that this company was not willing to do any of that. They wanted me to talk about women. And they wanted me to do this for free. Because women is gender. And gender is worth nothing.

In my reply, in which I declined the invitation, I urged the company to reflect on what the content of their letter reveals about their attitudes toward women. If women and gender are so closely aligned in their minds and practices, then what does it say about how they believe women deserve to be treated when they expect that those who work with gender should not be paid? Did this attitude help to partially explain the gender problem they are facing?

Resource industries are going round and round in circles trying to solve gender. They have been investigating it and responding to it for more than two decades, releasing endless and repetitive reports on “women in resources,” which never change their methodologies and never change their recommendations. And the result is that very little has actually changed. There has been no significant increase in the percentage of women in the workforce and the workplace cultures of resource industries continue to be dominated by practices of masculinity.

Yes, a few women have made it in the industry. We can hold them up as shining examples of gender work done well. We can even give them an award for women in industry at a women’s breakfast hosted by a women’s network—all of which show that the problem of gender has been solved not by addressing it, but by isolating it.

How much more unpaid work are gendered people expected to do? And what does it say about an industry that views knowledge on gender to be worth nothing? These are the kinds of questions resource companies and professionals need to be asking. Because if women truly are the solution to the gender problems faced by resource companies, then why did I receive this invitation from a woman?

Dean Laplonge is a leading researcher and practitioner in the field of gender in resource industries. He is a Director of the cultural research company Factive (www.factive.com.au). His book, So you think you’re tough: Getting serious about gender in mining, is due out in March.