(En)Gendering Greatness: Caught Between Richard Sherman and a Hard Place – The Feminist Wire

(En)Gendering Greatness: Caught Between Richard Sherman and a Hard Place 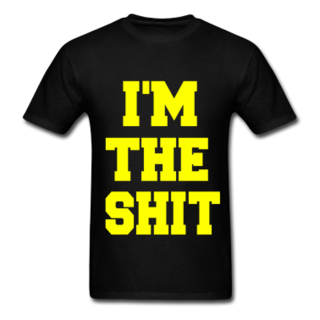 You will probably never hear me utter these words, even though, on most days, I must quietly remind myself that I am. One of the reasons I would never mouth these words publicly is because, growing up as an African-American girl, my family always taught me the importance of humility. Of course, over the years, this would be a hard quality to retain. Coming of age in gang-infested areas of Chicago in the 1980s and 90s, I associated much of my identity as a girl with all of the awards and trophies I earned for my exceptional academic performance throughout the years. Later on, as I continued to flourish at several elite universities, sometimes, sitting on my accomplishments felt like sitting on my hands.  “I, too, have done well!” I often wanted to raise my hand and scream, especially among crowds of unfamiliar white people who, if they noticed me at all, may have just assumed that I was any old black girl going about my day-to-day business.

In this way, I identify readily with Richard Sherman, Seattle Seahawks cornerback and Stanford graduate, on whom many eyes will be focused during this Sunday’s Superbowl .

Many are the days that I want to make my significance known to the world (hence, my very active Facebook page). It is true, that aside from the fear that I have always maintained for the safety of my three brothers, I have no way of understanding completely what it means to be the “invisible man” living within American society, whose very existence puts him at a greater risk of being targeted by gangs, trigger-happy police, and “stand your ground” proponents. So, too, I have little way of knowing how being young, black, and male places one at a greater disadvantage of ever completing high school, college, and/or finding a suitable job to maintain his family and his dignity.

However, as an African-American woman born and raised on Chicago’s South Side, I do know what it is like to want to show the world that you are more than what history and popular culture have made you out to be—either a thug or an Amazon, as demonstrated by the publication of the highly-sexualized image of a black dominatrix upholding a daintier white woman, which a Russian magazine released last week on MLK, Jr. Day.  I know what it is like to grow up impoverished, defy the odds, and desire the sort of bright-light acclaim that is constantly denied many African-Americans in our chosen careers and professions, since, according to relevant data, African-American women are, on the whole, paid significantly less than working white men, white women, and black men.

But, as an African-American woman who was raised to value humility (more than football), I can’t altogether relate to what drew me into the living room to watch the NFC Championship game on Sunday, along with my younger brother. “What the heck is he going on about?” I wanted to know, in rather comical disbelief at what I was hearing. Laughing, my brother brushed Sherman’s behavior off in a way that suggested to me that he’d seen this sort of thing a million times before. After a few moments of incredulity, I, too, chuckled, before remarking, “I’m gonna start acting like that guy Richard Sherman! Goddamnit, I like it…Bright lights is enticing!” I ended with a refrain from Jay-Z’s “Holy Grail,” before swaggering out of the room.

If I were honestly intending to alter my ego and become a strident advocate of all things Myself in the way that many African-American men feel they must do in order that they matter in an oppressively racist, aggressively capitalist world, I’d have lots of ground to make up for. Because, for the most part, bombastic and boastful are not things African-American women are reared to be. (Lest we risk being labeled that other “b-word.”) On the contrary, many of us possess the belief that, to be regarded feminine by mainstream culture, we must dissemble in public. In other words, we downplay our true worth, our emotions and our strengths, almost as a way of defying long-standing stereotypes that we are all overly aggressive. On the flipside, to be desired by the individuals who have been deprived by white society of their worth as men, we must also dissemble in private, and humble ourselves against an eroded male ego.

“You need to downplay yourself a bit more,” I have been told countless times by both men and women friends, who might have well predicted that my relatively unique resume would indeed leave me single at 38. Whether this was to be during my one-to-one conversations with any potential matches, or in my dating profiles on-line, “You don’t need to let them know that you’re going for a PhD. And, certainly don’t say that it’s Princeton…,” I’ve been advised.

The truth is, my only reason for ever mentioning my educational pursuits in my online profile is so that I can guard against receiving messages from those who prefer to represent themselves as cool machismos straddling motorcycles, as opposed to well-intentioned gentlemen who can string together coherent, punctuated sentences.  Otherwise, for all of my talk of assertive black womanhood, most of the time, I walk around like a black, female version of Clark Kent, only revealing my letters when circumstances call for it (like at my predominantly white gym in D.C., where everyone rocks this or that Ivy-League t-shirt). It’s not that I’m ashamed of my success. It’s just that I find myself struggling with the belief that I’d be intruding on a black man’s ego if I unleashed too much of my greatness at once. Let’s face it: whereas arrogance might be considered kinda sexy for African-American men, many black women often pay the price of partnership if we ever choose to be self-aggrandizing and not subdued.

But, a second truth is, I kinda dig humility. In women and in men. No matter a person’s sex, his race or her ethnic background, the measurement of an individual’s worth should not be based on the notion of some supreme conquest. Isn’t this the motive that has produced much turmoil, strife, and bloodshed in the world? As an example, in his article for The Nation, Dave Zirin notes in “Richard Sherman, Racial Coding and Bombastic Brainiacs” that the backlash against the Compton-bred scholar-athlete “archetype” is reflective of a tendency to brand African-American men as threats, especially in the sports arena. Therefore, perhaps, we should allow “the loud, deeply intelligent black guy who uses this outsized cultural platform to be as bombastic as he wants to be.”

Subsequently, in his efforts to deconstruct a sort of villainized black masculinity, Zirin offers a comparison between Sherman and the black heavyweight boxer, Jack Johnson, who was often vilified during the early Nineteenth Century by the white press for his worthy pugilism in the ring and for his boastful behavior outside of the ring. But, for his grandiosity and willingness to battle white boxers and strike deafening blows to white American masculinity, many African-Americans heralded Johnson as “the first negro to be admitted the best man in the world.”[1]

However, the example of Jack Johnson better makes my point than it does Zirin’s with regard to Richard Sherman’s celebrity. So embittered by his experiences with racism, Jack Johnson prized ostentation, in the form of material wealth and white women. In fact, it was for his willingness to pursue (and be pursued by) the latter that he was forced to flee the country for fear that he might be lynched in violation of the Mann Act against white female slavery. I’m no psychologist, but I’m willing to bet that Johnson’s notion of manhood was directly tied to his desire to conquer of all things white. But, using Johnson as an example, not only does such behavior serve to objectify women (one of Johnson’s white wives committed suicide), black men’s value becomes tied directly to the culture that oppresses them. Their self-worth as men becomes defined by what Michelle Wallace once labeled a myth, or “superficial masculine characteristics—demonstrable sexuality; physical prowess; the capacity for warlike behavior.”

On the other hand, as their counterparts, black women would be forced to define their femininity in terms that lacked these same superficial masculine characteristic, in order to counter stereotypes that have characterized us as either “oversexed,” too strong, or both.[2]  Of course, times have changed, somewhat, since the time Jack Johnson was knocking out white men and stealing their women. Yet when we celebrate black bombasity, we must also ask, who and what is it all for, really? What shall it profit an African-American man if he gains the whole wide world’s attention and loses his very soul?

In our respective black communities, we are often told that, in order to succeed and race ahead, we have to be more like “them” – meaning, we have to adopt the historic behaviors of a culture bent on conquest, domination, embellishment, and problematic notions of supremacy. And, among those of us black women who appear to be trapped between a rock and a hard place, we are told to be more like “them”  (i.e., men) if we truly want to succeed in our careers, and less like “them” if we want to attract mates (“Act like a lady, think like a man” ring any bells?).

But why must any of us adapt ourselves to a type of implacability upon which rests our American identity as the so-called “greatest nation on earth,” as President Obama remarked in his State of the Union Address on Tuesday night? (I hope you see the pattern here.) Thus, might we all just decide that humility is, in fact, still a virtue, for ourselves and for the nation? Pride cometh before a fall, we must remember! That is why, more than Sherman’s desire to assert himself in front of a national media, which celebrates negative controlling images of black men and women, I appreciate the calmer, lighter, and even somewhat contrite young man who has appeared in subsequent interviews. I rather like the quiet brainiac that is more like me. Because all of that showboating, or the constant need to prove to anyone other than ourselves and to a greater power (if you so believe), is just doing way too much. Way too much!

Tikia K. Hamilton is a PhD candidate in the History Department at Princeton University. A Chicago native and former educator in New York City, her research focuses on race and public education in Washington, D.C., where she currently resides. You can follow her on Facebook or on Twitter at @TikiaKHamilton 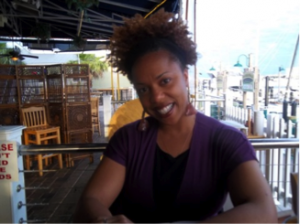