At a recent healing retreat for survivors of sexual assault, one woman confided that she craved every bit of the healing, friendship, hope, and spiritual connection that she sensed among the two dozen other survivors who attended.

But she didn’t think she’d “earned” it like they had. “I’m not good enough to have what they have.”

In my 16 years of work with survivors of sexual trauma, trafficking, and domestic violence, I’ve learned that this is not an unusual judgment that many women make toward themselves: “I’m not healed because I’m not worthy of being healed.” I’ve also noticed that this judgment comes almost only from women. While male survivors have all of the same complex struggles with shame, self-doubt, and sexual identity that female survivors do, this one particular stuck point seems to be more common in adult women than in adult men. And I don’t think it’s because it’s innate to female gender; I’ve come to see that the “I’m not worthy of healing” barrier is a consequence of cultural myths linking femininity and purity. 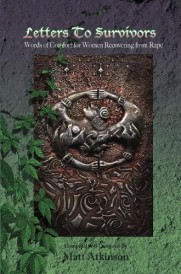 By “purity,” I mean the entire heap of messages constantly directed at women about the importance of keeping their bodies, spirits, minds, and emotions undefiled, and with lousy interpretations of what “undefiled” even means. From childhood, girls are taught that girlhood is about being nice, deferring to the needs of others, being sweet, being delicate and unmarred. Of course, these messages become confusing as they clash against media sexualization of young women in later years. What ensues is a battle for the bodies and spirits of girls: “be sexy” versus “be pure.”

The very notion that there is even any such thing as a woman “defiled” by sexual violence is a repugnant lie, yet it continues to have power. Feminism emancipates us—both men and women—from the sad, ancient property-based  judgment of women’s worth as a condition of ambiguous purity. While “abstinence only” youth propaganda compares women’s chastity to chewed gum, duct tape, and other props meant to horrify children with the dirtiness of a girl’s physical and sexual self, feminism challenges such appalling debasement. “Purity” scolds don’t uphold women’s worth, they diminish it. But what’s their consequence?

When a girl is taught that her worth is diminished in proportion to the degree of her socially-judged sexual impurity, sexuality itself is robbed of its rightful qualities as a healthy, pleasurable, natural part of life. But the consequences are even more tragic when sex itself becomes weaponized against her, when it is the means through which another person intentionally wounds her.

If you are a young woman who has been taught that your desirability, the value of your life, and your standing before God and man are founded on your purity, and then you experience the violation of sexual abuse, rape, or human trafficking, what is the automatic, built-in conclusion? I’ve heard it spoken over and over, each time from a woman stooped over in a shame that does not belong to her, but which she believes she deserves to bear: “I am no longer worthy. The opportunity to heal, to be whole, to be a woman of value, has been irreplaceably taken from me.” 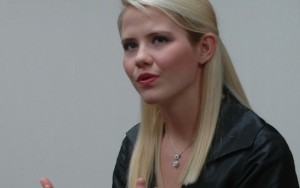 Recently, there have been many news stories about young women escaping captors after years of being imprisoned or trafficked since childhood. Last month, survivor Elizabeth Smart spoke at the Johns Hopkins Human Trafficking Forum where she revealed that the emphasis on purity through abstinence-only education made her feel worthless:

“After that first rape, I felt crushed. Who could want me now? I felt so dirty and so filthy. I understand so easily all too well why someone wouldn’t run because of that alone…I thought, ‘Oh my gosh, I’m that chewed up piece of gum, nobody re-chews a piece of gum, you throw it away.’ And that’s how easily it is to feel like you no longer have worth, you no longer have value. Why would it even be worth screaming out? Why would it even make a difference if you are rescued? Your life still has no value.”

I have to confess, there was a time when I shared the skepticism of Internet choruses who demand answers like, “Why didn’t the trafficking victim from flee when she had a chance?”  My friendships with women who are survivors of trafficking and sexual trauma have given me an opportunity to learn the answers from them. And there are many answers, but one answer stunned me each time I heard it: “We were made to believe that we had become worthless, and so there was nothing to motivate us to try to save ourselves.”

That’s what it had come down to. One doesn’t try to preserve or protect what one doesn’t see as deserving of either. But where had they learned this idea that they had become valueless as a result of their abuse? Were they brainwashed by their abusers? In nearly all cases, yes; abusers are universal in their tendency to blame their victims as deserving justified abuse. But what surprised me was that women who had experienced trafficking also told me that they had learned that they were worthless from normal culture, too.

For me, that was a jaw-dropping realization: that cultural, religious, and sexist concepts of “purity” as it pertains to a woman’s worth not only doesn’t uplift women, it parallels the thinking of abusers. When a woman who has been sexually trafficked has been made to think that she has lost her worth to the point that she’s become a thing not even worth saving, something is wrong. It’s wrong to tell girls that their value as individuals depends on their sexual chastity, and then become bewildered when the one-in-five women who experiences sexual assault wrestles with concepts of worthiness afterward. It’s sexist victim-shaming built right into traditional morality lessons about femininity and sex.

Purity guilt trips don’t even work. There’s no evidence that they alter young women’s personal sexual choices in the way that those who love purity-based youth sex ed programs hope. It doesn’t help to tell girls that God is outraged at them when their bodies are assaulted. And let me be blunt: it doesn’t help when Rape Crisis Centers use shadowy photographs of defeated, broken girls sitting on beds or in corners, stooped over in eyes-down grief, to illustrate what a “survivor” looks like. What these “broken women” messages do cause are profound and entrenched feelings of shame, worthlessness, and even spiritual injury in those who have become victims of sexual violence.

What’s the antidote for this? Both men and women need to hear messages that a person’s worth is not contingent on the treatment of others toward them. And both women and men need to be the sources of these messages to one another; we need to be heard affirming to each other that surviving abuse, trauma, and trafficking does not alter the worth, the value, the preciousness, of the survivor. It only costs those things of the perpetrator, and it is not fair to ask survivors to carry the shame that belongs to those who caused the harm. We need to move beyond the concept of “damaged goods” as a way to manipulate little girls’ adolescent sexual choices, and claim a healthier concept of survivors as fully valued, even when healing is still progressing. “Still healing” should no longer mean “diminished.”

A healing survivor is still whole. 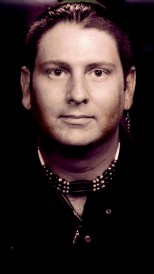 Matt Atkinson is the author of Resurrection After Rape and Letters To Survivors. He is a domestic and sexual violence response professional with a background in work with trauma survivors. He has directed programs to prevent domestic and sexual violence, where he developed and implemented programs with schools, colleges, women’s prisons, university sports teams, churches, and Indian tribes. In 2004, he became the first male given the National Award for Outstanding Advocacy and Community Work in Ending Sexual Violence by the National Sexual Violence Resource Center.

Matt has directed a project to implement more than fifteen new rape crisis response programs to serve rape victims in rural and remote areas where such services had previously been unavailable.

In 2011, his book Letters To Survivors: Words of Comfort for Women Recovering from Rape received three prestigious publishing awards. He has taught several college courses on domestic violence and crisis intervention as an adjunct professor. He also regularly presents trainings at workshops and conferences.