What Do We Talk About When We Talk About American Indian Imagery in Sports: Thoughts on Mascots and Racialized Masculinity – The Feminist Wire

Home / Academia / What Do We Talk About When We Talk About American Indian Imagery in Sports: Thoughts on Mascots and Racialized Masculinity 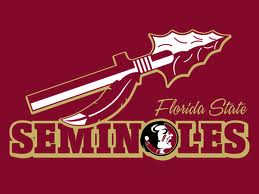 When we talk about Native American mascots, we are talking about the entanglements of race and gender.  It is easy to forget this, to prize race and racism over gender, sexuality, and (hetero)sexism. In fact, most media coverage and nearly every public conversation about the subject let gender slip, typically narrowing the focus to issues like intention, honor, offensiveness, and sentiments. I say this, I know this, and I even slipped at a recent symposium devoted to the use of Indianness and sport held at the National Museum of the American Indian, failing to make plain, let alone raise, the centrality of these entanglements.[1] This, then, is a reminder and a rejoinder, a small insistence on the importance of intersectionality.

My assertion should not surprise, for mascots (whether anchored in Indianness or not), like sport more generally, have long prized masculinity, celebrating physical prowess, aggression, and dominance. In the USA, moreover, sport has always pivoted around discourses of white supremacy and thus has had a place in broader struggles over race and power. The play of sport and its replay in fan banter, media coverage, corporate marketing, and so on have taken the white man as its defining and ideal subject, rendering racial others as lesser, expendable, and transgressive and women as abject, supplemental, and misplaced. Recent happenings at the NFL offer glimpses of this pattern: the rather overt interrogation of male sexuality, rumors and reportage of suspect character, and the mocking of the first female to participate. White men remain the default subject in sport worlds—actor, interpreter, and audience. And mascots reflect this.

Following Stanley Eitzen and Maxine Baca Zinn, and as discussed in my forthcoming book Unsettling America, we can detail at least five variations on sexism at the heart of Native American mascot and monikers:

(b) Double gender marking (Lady Chocs when the men are Choctaws);

(e) Use of feminine suffix for women’s teams (Redskinette Cheerleaders).

Such practices suggest that women are secondary, supplemental, dependent, and lesser. Men are the central actors: the norm. They literally degrade women and, importantly, demarcate the kinds of roles to which they might aspire. The use of racialized words, most notably “squaw,” can intensify the injuries associated with team names, precisely because they simultaneously inscribe ethnic stereotypes and gender norms.

Importantly, sport as we know it is crystallized in response to crises around masculinity and modernity, particularly a perceived softening of the American male and a more general feminization of American culture.  Indianness offered white youth a means to recapture a more natural, truer manhood, as exemplified by organizations like the Boy Scouts. Indigenous masculinities, as imagined by EuroAmerican boys and men, then, unfolded as a creative space of reinvention, a pliable and performative domain at once productive, pleasurable, powerful, and ultimately profitable. Indianness offered athletes, coaches, bands, boosters, and reporters a ready language of masculinity, a means to translate and transcribe fierceness, bravery, and honor while affirming the core attributes associated with whiteness and America, including freedom, independence, sacrifice, and strength.

As a consequence, Native American mascots have very little to do with Native Americans. They do not, nay cannot, represent indigenous men and women. Much like blackface, such inventions and imaginings, meant to represent EuroAmerican men, tell us much more about them and their perceptions, preconceptions, and preoccupations: how they understand themselves, how they interpret the world around them, and how they want others to see them. They reflect and reinforce the fundamental features of racial and gendered privilege in a settler society, particularly a sense of entitlement to take and remake without consent and to do so without the burden of history, the challenges of knowing, or the risk of penalty. Two examples clarify this interplay between race, gender, and power. 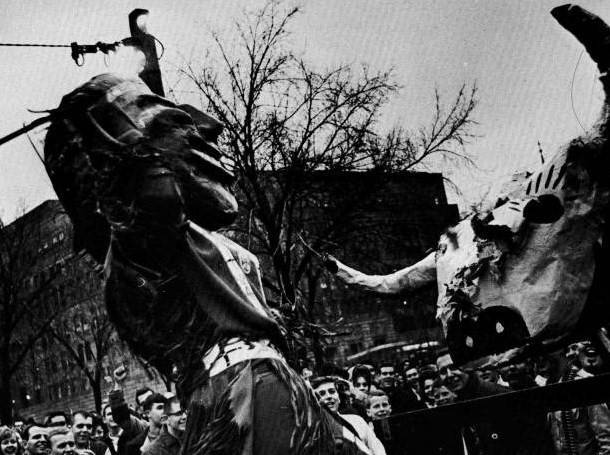 One, mascots, as the etymology would suggest, are masks, allowing EuroAmericans, especially white men, the capacity to put on Indianness as if it were a custom. Photographs of students who portrayed Willie Wampum at Marquette University some 50 years ago capture this pattern.  At the height of his popularity, the mascot, representing the school and its Golden Warriors, was a white male student dressed in fringed buckskins and donning an oversized paper-maiche head, sometimes with ridiculously large sunglasses or an oversized tomahawk. Images from the sideline have something of a carnivalesque feel, the football field as a kind of heterotopic space, a zone of frivolity and liminality made possible by imagined indigenous masculinity, that empowered white male student athletes and a white patriarchal public sphere more generally. Arguably more telling are the backstage photos, in which the student performers pose partially undressed, for instance with the exaggerated head beside them. Some may say unbecoming in their unbecoming, the images offer no pretense and offer a simple summary of pleasure, power, and possibilities in a simpler moment, at a time when neither the assumptions of the settler state nor its supporting ideas about gender and sexuality, were questioned or perhaps even questionable.

Two, at every Florida State University home football game, a white student playing at being Osceola, leader of the Seminole resistance to white encroachment, rides onto the playing field and throws a flaming spear at mid-field. The proud freedom fighter electrifies the crowd and reaffirms hegemonic formulations of whiteness, masculinity, and Americanness.  For the fans to go wild and FSU to stage the ritual entrance, all must forget or more likely not know that Osceola was regarded by many of his EuroAmerican contemporaries as a terrorist, and after he was put to death for having the temerity to defend his land and people parts of his remains were taken as souvenirs.

In this context, Native Americans mascots are not unlike trophies, remnants from a kill, longingly kept reminders of past glory, and continuing signs of their prowess and superiority through which EuroAmericans channel the strength and energy of those they (or better said, their forbearers) have vanquished. Such conjurings, of course, depend on disfigurement and dehumanization, transmogrifications that have reduced an abject and imagined other to cypher and stereotype. Warriors, Chiefs, and Braves have a generic appeal, embodying the ideals of white masculinity on the plain of battle and the field of play, namely bravery, bellicosity, strength, aggression, leadership, and comraderie. Qualities amplified in more extreme monikers like Savages and Redskins replace nobility with intensity, animalism, terror, and brutality, elements understood to be part of the masculine ideal as well, best understood perhaps as darker complements. Together, these renderings of what Robert Berkhofer dubbed the “white man’s Indian” provide the raw materials for making men and for making masculinity meaningful. They anchor character building and individual aspiration, bind teams and communities to one another, anchoring them in time and place, map the world and one’s location in it, and bring social distinctions and cultural values to life.

Such distortions, which are themselves acts of violence, encourage fans, students, reporters, artists, and performers to perpetuate more base and brutal assaults.  The rivalry between the University of North Dakota (formerly the Fighting Sioux) and North Dakota State University (The Bison) offers an instructive and disturbing set of lessons about the entanglements of race, gender, and violence. Like many intense rivalries, supporters routinely mock the other side, often by putting down opponents through the use of off-color humor, unsettling allusions, and overt sexualization. It was not uncommon to hear fans chant “Sioux Suck,” as NDSU fans did last year with glee after besting their interstate rival in hockey. More disturbing, but in keeping with this sentiment and entitlement, NDSU boosters in the early 1990s created a pair of t-shirts, which though denounced remain the source of banter on fan web forums.  One features a variation on the NDSU logo (a bison) above a caricature of Plains Indian man with his mouth agape and sandwiched between the phrase, “Sioux Suck.”[2] Another version places the imagined Indian on his knees and reads “Blow us. We saw, they sucked, we came.”[3] During this same period, a t-shirt appeared with a grotesque image of Plains Indian copulating with a buffalo: “Buck the Bison” it read.[4] And an anonymous creative artist defaced an older rendering of the UND logo, painting bright red lipstick on the Indian in headdress once used by the institution and branding its centenary as “A Century of Sucking.”[5]   These images require little unpacking. They use established claims to indigenous masculinity to mock UND, its sports team, and its fan base, while mocking indigenous people in crass language and ugly imagery. While unsanctioned, such iterations and their continued celebration underscore in the starkest terms how mascots foster hostile environments, and how gender and race work together to create moving and meaningful icons for schools and teams as well as the interplay of race, gender, and violence animating them.

The challenge posed by Native American mascots is not simply to get people to unlearn racist stereotypes and acknowledge the dignity and humanity of indigenous people, nor to cultivate deeper understandings of the foundations of the USA as settler state—though accomplishing one or both of these objectives would be amazing.  No, to really undo the vitality of American Indian imagery and sport, we must appreciate the centrality of gender and sexuality and foster a recognition of intersectionality. 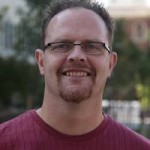 C. Richard King is a professor of comparative ethnic studies at Washington State University. King researches the racial politics of culture with special interests in the theories of race and racism, white supremacist movements and ideologies, and the forms of memory, representation, identity, and power animating race relations.