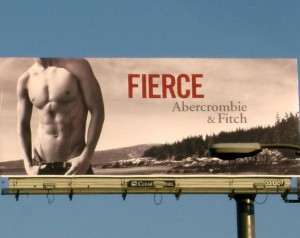 I have spent much of my life running away from white masculinities.

My hometown is like hundreds of thousands of others dotted across the American West.  About 10,000 people, working class.  When the show “Ax Men” came on The History Channel, I was fascinated.  Here were the people I grew up with, western men who do dangerous work for not very much money.  The landscapes are stunning, the Cascade Mountains from which the logs were being extracted are green year round and drop precipitously to the sea. And the men out there, logging, are brave and hard working, spending great lengths of time away from their families in order to provide.

Instead of intellectualizing, I’m just going to tell a story.

When I was in the 7th grade, I tried out for the middle-school basketball team.  The two sports I really cared about – soccer and tennis – weren’t available at my middle school.  I had played basketball since I could remember, and while I was quick and athletic enough not to embarrass myself,[1] I had no real talent for the sport. As was my M.O., I worked my ass off, played admirable and scrappy defense, and missed half my left-handed layups.

After two days of tryouts, the coaches posted the list of who made Varsity and JV – and who got cut.  The posting was public.  I was always terrified by this sort of open judgment. I was so nervous that morning that my mom agreed to drive me to school.  I even asked her to walk to the gym to check the list with me.  I had never entertained the idea that I would make the Varsity squad.  I knew my limits.  When we looked at the list, my worst fears were confirmed: I was on the cut list.  Out there.  For everyone to see. 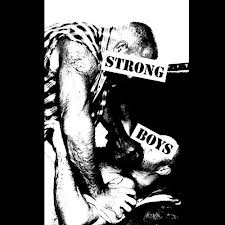 These were not things that boys back home were supposed to do, and yes, I took shit for it later that day.  Boys weren’t supposed to cry (men are strong, not weak), we’re not supposed to need support from anyone, in particular not our mothers (men are providers, supporters, not those in need of support).  And on top of all of that, I baked, I sewed (men are supposed to work, not concern themselves with matters of the home), I played sissy upper-class sports (real men play football, basketball, baseball), I worked really hard at school (real men use their bodies, not their minds), and I cared about it all enough to cry in public.

I have been running away from white working-class masculinities for so long because even before I could tell you what they were, I knew they didn’t fit my person.  It was obvious to me and obvious to those around me. Life for those of us who don’t fit neatly into the social structures defined for us can be a gauntlet.

God bless the little fierce kid I didn’t yet know I was. I didn’t try to wear normative masculinity, to force it on like a coat three sizes too small.  I guess I knew without knowing that if I put that coat on, taking it off would require a monumental effort.  I guess I knew without knowing that I would never be comfortable living in that coat, for a day or for the rest of my life.

That’s my story, but I want to tell another. I have a good friend who was in my kindergarten class. Her father wasn’t a man who wore the coat of masculinity poorly.  He was a man’s man.  A real dude, in all the normative senses.  I swear to god he listened to country music, had a couple of beat-up cars he was always fixing on his front lawn.  Like a lot of other folks back home, he worked in a small manufacturing plant.  I can’t remember, but I think it was a factory that made boats.  This was in the early 1990s, when the good ol’ US of A was beginning to outsource in earnest.  And this man’s job was on the chopping block.

Losing his job meant losing his role in his family, in his society, in his country. If a man is by definition a worker, provider, protector, what does he become when he fails to provide or protect?  I watched my friend’s father become consumed by his apparent failures.  I watched a lot of men struggle to redefine themselves as logging and farming and building things with their hands become no longer profitable.

It is obvious, I think, that little pre-queer boys might be trapped in the jacket of masculinity and want to escape.  It is less obvious that this same jacket has invisibly wrapped itself around men everywhere.  Men who expect to be able to protect and provide, when systems are set up so that working class people are vulnerable and exposed.

It is true that white men rule the world, that white men remain both metaphorically and practically at the top of our collective global power structure.  But I have always bristled at these types of generalizations as well.  I have so much love for the men back home who, like my friend’s father, were trapped between economic systems and social constructions.  Yet these were the same men that perpetuated the normative masculinity that made me feel so out of place. Logging and farming and working in a manufacturing plant is exhausting work; these folks should be treated like heroes, as veterans of a domestic war of low wages and poor working conditions.  These are not the white men that rule the world, although they remained mired in this conceptualization of manhood, of masculinity.  None of it is simple.

I have spent much of my life running away from white masculinities and trying to recreate my own.[2]  Most people have a hard time imagining me, the fag that I am proudly today, as a ‘straight’ man.  But my feminine characteristics are as much a purposeful rejection of the white working-class masculinities that I grew up in as they are indicative of my queerness.

My friend’s father convinces me of the adage that oppression dehumanizes oppressor and oppressed alike.  The very same systems that give men the power to rape and kill and victimize, to make a dollar to a woman’s $0.72, put men in an impossible predicament.  When inevitably a man fails (to be strong, to provide for his family), he loses a piece of his humanity.  So says society, so probably says he.

And I refuse to live my life in a rhetorical space.  I want my every breath to challenge masculinities, to question them, to strip them of their power and violence.  Because I know their power, and their violence, so intimately.  And I know many women do, too.  But the secret that we so often forget or refuse to tell is that men, even the men perpetuating the power and violence, even white men, are victims of it, as well.

*A work of fiction, but not really.  I want to be free from having to remember details that are hazy in my memory in order to tell the truth as I now understand it.

Joseph Osmundson is a scientist and activist based in New York City.  He is currently a visiting professor of Biochemistry at Vassar College.  He completed graduate studies in Molecular Biophysics at The Rockefeller University where he examined protein structure/function relationships in pathogenic bacteria.  He has also taught at The New School and written on the intersection of science and policy.

[2] one that FEELS simple, true, free