Hmong Butch: The Antinomies of Being Fourth World – The Feminist Wire

Home / Sexuality / Hmong Butch: The Antinomies of Being Fourth World

Hmong Butch: The Antinomies of Being Fourth World 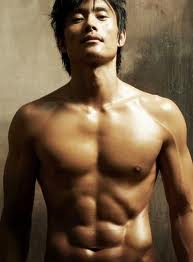 Have Asian American male bodies been castrated out of existence? Or out of perceivability? Are Asian and masculine simply oxymoronic? The burden of proof falls upon this writer who must lay bare the mechanisms behind those words and their provocations. My Asian consciousness is radiant with the geist captured by Frantz Fanon: “O my body, make of me always a man who questions!” To give force by utterance, I struggle to both write and unwrite the Asian masculine body, in full awareness that our ever-questioned “Asian” subjecthood can only poach on that Fanonian terrain of visibility.

The orientalism described by Edward Said reaches well beyond its genesis and debilitates the present. Particular to the racedness of male-bodied Asians are tropes of culturally-bounded, perversely or nonnormatively sexual, and manipulative and calculating; this has transmogrified into the pathological desire to accumulate wealth with the rise of the Pacific. Because of economic threat in the “Century of the Pacific,” America’s anxieties render Asian men as alien (perpetual foreigners), feminine (as docile Orientals with inhuman efficiency) and therefore homosexual – as derived from their putatively perverse nonnormative gender. This denial of both a viable subjecthood as American and of a penis (through feminization and homosexualization) enframes Asian males in what Kara Keeling has called the cliché.

Enter Jeremy Lin; perhaps, I mused, such a cliché could be exploded. Lin inspired me to ruminate on my body and the experiences that have conditioned it so, to find in the multitude of my social existences what future I may envisage in the wake of Linsanity. I gaze upon Lin, the space he traverses on the basketball court, his butch body presence, and yet as I look on, through his jock veneer, the Asian male cliché taunts me. That enthralled gaze through which I, too, consume him renders even my pleasure in spectatorship moot, unresolved, so much so that I cannot and will never see Lin without seeing my overdetermined self; it is as if his body becomes my own. Why am I inexplicably able to feel some sensation in me when I slip into a Jeremy Lin Knicks jersey? From where does this excitement come? A feeling of ambivalence seeps through my psychic life, and I begin to doubt that I should embrace this coming moment as a promising eruption. For in this moment, perhaps all I can share with him is being reduced to my (yellow) body. 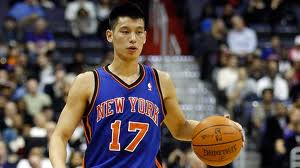 I am wary of any optimism that unreflexively affirms that which is perceivable in the sight of Jeremy Lin. The image of Lin as tall, muscular and macho occults what else is relentlessly being seen; his athleticism cannot eschew being refracted through an Asian male cliché. When Lin lost the game, he became “the chink in the armor” (emphasis mine). “Chink”…. “Gook”…. Somehow, despite the sting of that vestigial racism imposed upon us, many of us still wanted Lin’s athletic achievement to be perceivable as Asian. For us, a shot at shattering the stultifying cliché was more important than evading racialization. Problematically, this shattering could only be conceived in the form of heterosexualization.

In the shadow of a guardedly hopeful Jeremy Lin hetero-masculine explosion, lurks a countervailing image that, unlike Lin, conjures a more enigmatic male-bodied Asian cliché in the form of a pop music video.  What Korean singer PSY embodies in Gangnam Style, his indeterminate sexuality and gender performance, his inscrutably unmacho dance and costume styles, some would say, lie on the cusp of a recurrent male-bodied Asian that signifies lack. Arguably, PSY’s lack was expressed as his ineligibility for American inclusion when, despite his topping the song charts, protesters denounced his American Music Award. Even before PSY, though, all-American Lin had been made to stand for racialized sexual lack even when he was victorious: black Fox sportswriter Jason Whitlock could not resist reinscribing indignity, tweeting after Lin’s big win for the Knicks, “Some lucky lady in NYC is gonna feel a couple inches of pain tonight”….

I don’t want to insinuate a Black-Asian dichotomy; indeed, our histories of racialization complement one another (one embodying bestialization and excess, the other invoking defectiveness and impotence). At the same time I feel a pounding against my flesh. While I can only venture into Fanonian terrain, I am torn because I dread the possibility that oft-forgotten Asians will be forever punished for dereliction of their “of-color” being in aspiring to whiteness. And yet, “honorary” whiteness notwithstanding, we remain incontrovertibly yellow; hence, enshrouded in a double silence, we occupy the space of an inchoate social existence that derives from exclusion from person-of-color solidarity and complex subjectivity. If all the exclusion indelibly a part of my “dangerous” Asian male “privilege” suffuses my desire to speak with only a modicum of fevered indignation, then it is, at last, my Hmong-bodied self who must be heard. 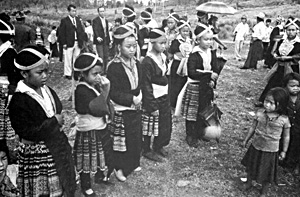 I am doubly afflicted with two contradictory images that, regardless of my intended identifications, bind me to my flesh. For what is utterly deathly about this silence is that because of my yellow body, I and my Hmongness perennially fade out in favor of what is visible on the skin. How Hmong have come to be racialized by way of becoming Vietnam war refugees (though actually from Laos where a Secret War was waged) and consigned to the invisibility of the Fourth World (subpopulations without a spatially-bounded nation or a sovereign state) is even more particular, but egregiously unknown. Indeed, Hmong in Asia – without written language until the twentieth century, subsisting on a slash-and-burn agriculture, made to emblematize, like minstrels, the antithesis to progress and civilization – remain among the people without history. Could our exit from the proverbial “stone age” and into history, in a blink of the Western imperial eye, be through a kind of CIA-conferred soldierhood that morphs into American gangsterhood, in a bedeviled upending of the effeminate Asian male cliché?

Being counterpart, as both Fourth Worlders and therefore “noble savages,” to orientalism’s beloved male-bodied elite butterfly (as so aptly captured by David Henry Hwang), Hmong would be butch to Asian femme, just as proletariat is butch to bourgeois femme. In this case, the immiserated Fourth World is strangely both butch and constitutive outside, in a twisted way registering as lack in an Asian American context that has normalized the perversely sexualized and femme gendered as the space of model minority Asianness. In America, the deal we are offered is inevitably classed: we get to be tough men through demonized street gangs and guns.  It is because it is possible for me to dodge this Hmong cliché by passing as non-Hmong Asian that I see through to unravel the antinomies of a Hmong/Asian masculine body that is and is not mine. Is it that this passing allows me to alleviate the weight of a history that haunts me and denies me ascendancy to subjecthood that makes it so seductive?

This piece is a prolegomena to a longer co-authored essay tentatively titled “The Wretched of the East.” 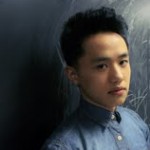 Bee Vang attends Brown University where he is pursuing an independently designed major in “Geopolitical Epistemologies” which synergizes philosophy, cultural studies, and political economy with critical race, gender/sexuality, and media studies. Vang spent the last two summers in China investigating rural development, popular and performance cultures, and global economics. Beyond his intellectual pursuits, he also works on projects to advance social justice through media, performance, organizing, and writing, especially on issues related but not limited to Asian America. In particular, Vang is committed to dovetailing the arts with political analysis through film, stage and television acting and production and through media activism. He is currently on hiatus from his studies and is working at two non-profit organizations in New York City: Asian Cinevision/Asian American International Film Festival and WhyHunger.

Related ItemsAsian AmericanBee VangFourth WorldHmongmanhoodMasculinityorientalismRace
← Previous Story The Masculinity Scorecard
Next Story → What Do We Talk About When We Talk About American Indian Imagery in Sports: Thoughts on Mascots and Racialized Masculinity