HIV/AIDS in the Prison Industrial Complex – The Feminist Wire

HIV/AIDS in the Prison Industrial Complex 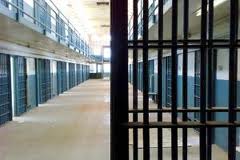 As the United States prepared to mark another World AIDS Day (WAD), I wondered to myself: What catchy slogan will be used this year to call attention to the never-ending fight to eradicate HIV/AIDS? This year’s slogan, “Working Together for an AIDS-Free Generation,” assumes that we are actually “working together.” But are we working together? Or, have some of us resigned ourselves to the position of passerby, hoping that HIV will just pass us by?

The damage left by this epidemic may not be as apparent as it once was. Indeed, images of people succumbing to wasting syndrome while fighting for their lives in hospital beds have faded with time. The steady stream of public service announcements urging people to take action to protect themselves has diminished with memory as new crusades have captured our attention. Major advances in pharmacological and clinical technologies have generated a variety of medications and interventions to hamper HIV’s devastating effects and transmission of the virus itself to such an extent that one might falsely perceive that this is an AIDS-free generation.

The reality, however, is that HIV continues to ravage our communities, our neighborhoods, and our prisons. In the U.S., living with HIV and serving time in prison often proves a death sentence. For some, the routine, substandard treatment of prison inmates is considered acceptable because of a condemnable belief that those who break societal rules deserve limited support and services. But the lack of adequate services is another form of persecution.

As a formerly incarcerated individual, I have been privy to the inner-workings of the correctional health system and have witnessed firsthand how HIV-positive inmates are inadequately treated. HIV-positive inmates routinely function in an atmosphere of fear, violence and demoralization. They tend to be scorned by fellow inmates, institutionally segregated, and provided with a modicum of care. It is no wonder, then, that some inmates would risk their health to avoid disclosure or exposure, to avoid chattel lines mimicking as therapy sessions observed by others, to avoid health assessments conducted under the watch of a correctional officer, and to avoid being denied critical medical treatments because of bureaucratic hold-ups. These conditions exacerbate the effects of HIV and minimize opportunities for effective care and treatment, leaving HIV-positive inmates in the precarious position of deciding whether or not to address their conditions while they are “doing their time.”

The lack of support and services for HIV-positive inmates, and all prisoners in general, is an issue that, together, we can address in an effort to reduce the negative effects of prejudices and fears that continue to marginalize our most vulnerable populations. To be sure, improving the lives of HIV-positive inmates in prison is not a priority for prison officials. As a current provider of HIV services, I try, however, to remain cognizant of the intersectional issues that impair a formerly incarcerated, HIV-positive person’s ability to reintegrate into society and take charge of their health and well-being. It’s nearly impossible for one person to change the structural deficiency that is the prison industrial complex by himself or herself. I do believe, however, that we can make a difference if we work at it together.

Sandy Guillaume is currently a Recruitment Coordinator for a research study funded by the HOPWA division of the NYC Department of Health.  Ms Guillaume has over seven years of professional experience in serving individuals living with HIV and AIDS, and was appointed to the HIV Health and Human Services Planning Council of New York in 2011 by Mayor Bloomberg.  Ms Guillaume’s own past experiences with the Criminal Justice system is what propels her to continue this important work.  Ms Guillaume received her Bachelor of Arts degree from the College of New Rochelle in 2010; she then was awarded a full scholarship to the Public Service Management Program at the Charles B Rangel Center for Public Service. Ms Guillaume is a candidate for a Master’s degree in Public Administration for 2013.