Introducing: Squeezed Between Feminisms (But Not Benedict Cumberbatch) – The Feminist Wire

Home / Feminism / Introducing: Squeezed Between Feminisms (But Not Benedict Cumberbatch)

Introducing: Squeezed Between Feminisms (But Not Benedict Cumberbatch)

By Andrea Plaid and Tami Winfrey Harris; crossposted at Squeezed Between Feminisms 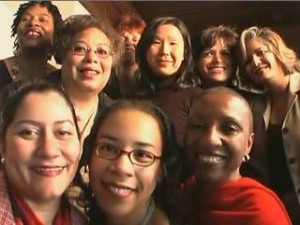 Tami: You had to work Benedict Cumberbatch in here, didn’t you? I’m beginning to think you’re secretly a bigger fan than I am! I’m no stranger to Andrea shenanigans. We’ve known each other, what, five or six years?

Andrea: Sis, I know Cumberbatch is your catnip, so I knew I could get you here.

As far as knowing each other, I think so. I remember so loving your old blog, What Tami Said, where I committed a few shenanigans in the comments section. But I think that where we realized that we were both born and reared in the Midwest, that we looooved Duran Duran, and that we watched Hee Haw (word to Porter Wagoner, Minnie Pearl, and Dolly Parton).

Tami: And, of course, like all good things, Carmen (Van Kerckhove) Sognonvi is behind our really cyber-meeting. We were both contributors and, eventually, editors at Racialicious. I’m still there, of course, working with Latoya Peterson. I was a huge fan of your work as a Sexual Correspondent there. And we both spent some time writing for Change.org’s short-lived site focused on race.

Andrea: And as quiet as it’s kept, you and I didn’t meet in person until this past Spring. Yes, shenanigans ensued.

We actually thought about starting a blog together about a year ago, but I guess we weren’t at the point where we were ready to do it.

Tami: Two weeks ago, we did it. We launched Squeezed Between Feminisms (SBF). What motivated us is that we both realized our relationship with online feminism is changing as we grow older. You did some research and it hit us that we probably weren’t alone. A lot of Gen X women are online, which makes sense as the web was emerging as a communications tool as we were coming of age. Still, we both agree that the presence of women our age is not reflected in the content of most popular feminist websites.

Can you explain how you feel online feminism meets or doesn’t meet your needs a black, 40-something woman? 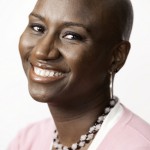 Andrea: I feel like what I’ve seen online really speaks to the concerns and interests of 20-something and 30-something feminists. This makes demographic sense, as stats can support.

But feminism is older than that; at 44, I’m older than that. I remember when, say, bell hooks’ book, Ain’t I A Woman, arrived on the feminist scene. I remember when Making Face, Making Soul first came to my women’s studies classes. I remember the National Women’s Studies Association fallout. But I also remember the seismic shift from Second Wave to Third Wave feminism, not as contested canon, but as a lived contested event. As much as I love talking with and learning from my younger feminist homies, I also wanted a space where I could talk all of those things as lived experience, not just as something learned in college. I wanted a place to talk about the “Porn Wars” and its effect and how the Riot Grrls weren’t the only way to be a feminists–in fact, the Riot Grrls weren’t relevant to me. Lisa Jones was.

Tami: I agree, Andrea. As Gen Xers–and Gen Xers of color–we bring a different context to feminism, but because we are outnumbered, that contribution is often erased.

I have learned a lot from online feminism, but lately I have felt squeezed out of the conversation. Society has long rendered women over 40 invisible. Feminism shouldn’t do that. But I find that spaces like The Feminist Wire, which digs into race and gender and sexuality and class through a feminist lens, and speaks across generations, are rare indeed. Jane Pratt is 50, but even her XOJane preferences the voices of 20-somethings. If Lena Dunham and Zooey Deschanel are the pop culture centers of online feminist conversation, then I think a whole lot of people, including me, aren’t getting their needs addressed.

Andrea: That’s it as well, Tami. Too few spaces–if any–talk about about what happens to people as far as sexual and reproductive health between the ages of 40 and 60. Not for cisgender women, and certainly not for trans people and gender non-conforming folks. It’s as if we go from sexually active and fertile to menopause/mid-life instantly (and the implication that we’re not sexually active; when we are, it’s cartoonish, if not grotesque, a la Sex and the City’s Samantha)–and even at that, as far as we see in social media and media outlets, it’s a fear-driven, ageist, and ableist narrative.

And that applies to not only health at our age, but to ideas about social relevance, too. How often have we seen tweets from 20-somethings and 30-somethings sweating–even panicking–about turning a year older? So I hope that Squeezed Between Feminisms is a place where people our age can get some respite from that “panic talk” and where younger people can hear what feminists our age talk, think, and get silly about. 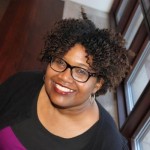 Tami: We wrote about this a little last week on SBF: Youth culture and how it affects women approaching or in middle age. Forty is no longer old, but the deal we make for being seen as youngish in middle-age is remaining silent about all the non-sexy parts of aging. We can only talk about the fun stuff and that can make a lot of women feel isolated.

Andrea: And not just how aging leaves us women out in online conversations and life offline. Guest contributor and SBF supporter Scot Nakagawa, a pro-feminist man who co-runs ChangeLabs and its blog, Race Files, wrote a magnificent post for us about how ageism affects gay male communities. And he brought up another huge cultural event that marks Gen Xers: we are the first generation that came of sexual age during the HIV/AIDS epidemic, and that gay male communities were the condition’s Ground Zero. Anymore, that’s considered “the bad old days,” and the condition itself is manageable–which is good, as far as seeing how far treatments have come along, but it becomes a bit more hoary as far as still telling folks to protect themselves because one can still die from complications from AIDS. And, as people living with HIV or AIDS would still tell us, it’s cheaper to get tested and a condom than to deal with the condition.

Tami: That is huge, Andrea. I recall a presentation during my freshman year in college, where we were told that the persons to either side of each of us could be dead in 10 years of AIDS. That was the sexual climate when we entered college–something very different from blithe hookup culture. And I say that not to knock today’s sexual freedom, but as an example of the different context Gen Xers bring to feminist discussion, and why sometimes, depending on the topic, when we converse with 20-somethings, we seem to be speaking over and around each other.

Andrea: Gurl, and don’t let me get on the goodness of chest hair. ::remembers that we’re on TFW, acts with a modicum of sense::

Tami: You have remarkable restraint.

Andrea: You know me too well, sis. But seriously, as Gen Xers–as Gen X men-loving women, specifically–we can also talk about the switch of the pop-cultural phenotype of the ideal (white hetero cisgender) man, which switched from fellas with plentiful chest and leg hair, which indicated a “rugged manliness,” to the hairless boyish guy-next-door. As you wrote in your post, “from Kris Kristofferson to Tom Cruise.” And yes, we’re seeing more chest hair in the media (think Hugh Jackman and Bradley Cooper), it’s oh-so-much. It’s “manscaped.” But again, that goes to a lived memory.

Tami: Yes, we’ll be holding forth on manscaping at SBF! (Viva la chest pelt!) You and I both agreed we want this site to be fun.

I want to analyze the pop culture that influenced women my age (43). I could write a paper on the implications of the black model used in Duran Duran’s “Hungry Like the Wolf” video on little suburban black girls in the 80s. And, Andrea, you gave my secret away: If I can tie Sherlock into any feminist discussion, you know I will!

Andrea: Benedict is magical that way. And I think you should.

Tami: What I also want, with SBF, is a space where all are welcome, but voices of 40+ women are centered. And so, we might talk about what singleness and dating as a feminist means at 42 instead of 22. Or we can talk about what marriage is like after a decade plus. Or how to impart feminist values in teenage boys and girls. Or how the male gaze changes as we get older. Or how our sexual gaze changes as we get older. Or how it feels to be at the pinnacle of a two decade-long career or what it feels like to be starting over career-wise at 40+.

And SBF is a place where we are intentional about justice for all, meaning that we are about feminism, but understand how all struggles for equality and basic human rights are connected. We stand in solidarity with other movements and understand that many female-identified people have multiple identities that affect their feminism.