The Work, Frontline HIV Prevention Workers, & the Labor of Love Yet To Be Done – The Feminist Wire

Home / Culture / The Work, Frontline HIV Prevention Workers, & the Labor of Love Yet To Be Done

The Work, Frontline HIV Prevention Workers, & the Labor of Love Yet To Be Done

By Guest Contributor on December 1, 2012 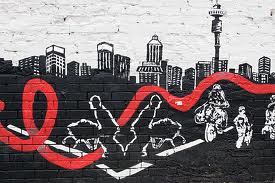 December 1st, World AIDS Day, represents a multitude of things to people involved in addressing and living with the enduring global pandemic. Our own lives would have been very different if the HIV/AIDS crisis had not visited and wreaked havoc upon the communities of our concern and affiliation — including our family members and network of friends. One of the co-authors of this essay would not have spent the last decade working with LGBTQ youth of color in New York City and gone back to school to get an advanced degree in public health. The other co-author would certainly not be a medical anthropologist today nor would he have specialized in studying alternative sexual/gender cultures amongst urban Latino/a and Black communities in the US. In short, the daily bread of our work lives would have been at a different scale of the social and in an entirely alternate political landscape. So, when we think about these combined two decades of work in the, at times, stultifying institutions which have turned HIV/AIDS into a cheap labor market, form of community surveillance, and strategy of urban governance, we are not surprised that the work keeps coming up as a recurrent theme in our ongoing discussions as HIV/AIDS activists, researchers, as sister and brother, as working-class queer Puerto Ricans, and as comrades in this struggle.

The point of the work, of course, is to save lives and rebuild communities, but what if this very work limits, suppresses, and even disassembles the lives of those who have been charged to do it? We propose that this World AIDS Day we tune down the alluring noise of the inevitable media campaigns to urge HIV testing and the various celebrity and expert pleas to join the fight and listen to a different sonic and visual register of truth: the sounds and sights of the lives of frontline HIV/AIDS workers. We are not talking here about the managers, executive directors, academic researchers, the foundation or public health bureaucrats. Many of these people, quite frankly, came into the work to “do good” and have done very well indeed and, of course, honesty requires that we admit that we are included in this privileged group.

No, we are talking about the lives of so many young Latino and Black queer folks, with whom we have worked and come to love, that do the work and never move forward professionally because the support systems for subsidized ongoing education are simply not there and none of the stakeholders with influence have the political will to make it an issue with funders. There are innumerable instances when these frontline folks simply admitted to us, often in private conversations, that what they are asked to do for and know about the lives of the people who show up to the various public and private HIV organizations is simply “too much to hold.” For us, this little phrase — “too much to hold”— demarcates a spiraling world of social suffering and bodily/psychic pressure that ultimately breaks the minds, wills and spirits of many of these frontline HIV prevention workers. We have witnessed regularly how young people who began this vital work in their teens ended up seroconverting in their late twenties and remaining in the work as HIV positive individuals, still not credentialed beyond a high school degree or GED, and not a word or action of serious protest has been undertaken on their behalf.

Our society is based on a death dealing asymmetric nexus wherein the desires of the materially and symbolically privileged for an upwardly mobile career and beautiful personal life are subsidized by the systemically unmet collective needs of the masses of ordinary working people. The various organizations that do the work often reproduce this social logic and shamelessly appeal to the altruism of these frontline workers “to get their numbers” as the next round of funding proposals or research grants comes into view. Thus, every time one sees a well turned out HIV/AIDS researcher walk to the podium of a well-appointed hotel conference room to talk about his/her community data be assured that a small army of frontline workers’ penury and spiritual distress has subsidized that data, the researcher’s upward career trajectory, and institutional authority. 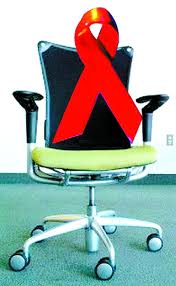 In fact, this World AIDS Day the people who will do all the leg work, behind the scenes fretting, and last minute tasks will be this army of ever more beleaguered frontline HIV workers. Their lives, as the least compensated and most stressed service workers in the HIV/AIDS not-for-profit post-industrial complex, will remain invisible and largely unmentioned: the large wheels will turn, the grease of prevention slogans will quickening the mechanism, the frontline clogs will do their bit as dispensable elements, and the apparatus that battles the “epidemic of our times” will hum along quite nicely.

This World AIDS Day let’s do something different. Let us say the unspeakable or, at the very least, the impolitic: frontline HIV prevention workers need justice as workers and members of the community. They need salaries that make living in large urban center, like New York City, viable as opposed to the economic vulnerability that most of them have to endure. They need tuition remission programs as part of their work benefits. We propose that these should be funded by the CDC, the NIH, and the big pharmaceutical companies. To wit: CDC and NIH need to cut funding for research significantly and use part of that money for educating the very work force that they extract years of labor and value from in an exploitative service economy. The time for false sentimentality needs to come to a close and a demand be made for HIV prevention labor justice in the form of giving frontline prevention workers wages and benefits that respect the difficulty and immense importance of their work. Woe and betide the nation that expects to combat HIV/AIDS in working-class communities of color while exploiting the good intentions and work of men and women of color who have come into this struggle in the prime of youth and, at the end of years of devoted effort, have little to show for it in terms of their full flourishing as workers and persons.

In this life, one must love or risk falling apart. In the world of frontline HIV prevention workers, too many have fallen apart precisely because they have loved their communities without serious regard for their material and social recompense. The time has come to put a halt to this type of loving and falling apart: too many talented and generous Black and Latino young people have paid that price unjustly. If prevention justice cannot embrace the cause of these frontline workers, then HIV prevention is a failed project from its first instance. This World AIDS Day let’s prove that another world of work and community love is possible for HIV frontline workers lest we fall apart before we have allowed love to do its revolutionary world-making. 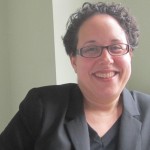 Lillian Rivera, MPH is a fierce Latina who has dedicated her life to health improvement within the many communities she lives in.  With a decade’s worth of experience in youth development, she has conducted workshops and trainings across the country to agencies seeking assistance in working with at-risk youth population – particularly LGBTQ youth.  She is a recipient of the National CDC/ASPH Institute for HIV Prevention Leadership Fellowship and recognized as a leader in HIV/Health and Wellness training for LGBT youth nationally.  She is the mother of an amazingly fierce Mexi-Rican daughter, Olivia and a devoted wife to the gentlest and kindest person, Elsa. 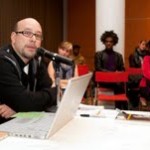 Edgar Rivera Colón, PhD, a medical anthropologist, is the Founding Director of Praxis/Kairos Community Research & Community Mobilization Consultants. He is a Lecturer at Columbia University’s Narrative Medicine Program. Previously, he was Assistant Professor of Clinical Sociomedical Sciences at Columbia University’s Mailman School of Public Health in New York City. He has been involved with HIV activism and/or research since 1993.