Just a Distraction?: The Pley Club and the Sexual Politics of U.S. Power – The Feminist Wire

Home / Politics / Just a Distraction?: The Pley Club and the Sexual Politics of U.S. Power

Just a Distraction?: The Pley Club and the Sexual Politics of U.S. Power 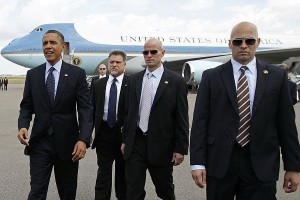 “We let the boss down.” That was the Joint Chief of Staff, Army Gen. Martin Dempsey’s response to the sex scandal involving Secret Service and military personnel in Cartagena, Columbia on the eve of President Obama’s arrival for the Summit of the Americas. 11 Secret Service agents and 10 members of the military are now under investigation for allegedly bringing 20 or 21 prostitutes back to their rooms at the Hotel Caribe after a night of partying at a local strip club/brothel called the Pley Club.

Here in the United States, most of the discussion surrounding the scandal has followed predictable lines. Some have cast the incident as a bawdy “embarrassment” for Obama, “distracting” from his efforts to promote free-trade agreements with Columbia and the other nations in the region. Others have highlighted the potential security risks involved in bringing foreign nationals back to a secure zone. Rep. Peter King, chairman of the House Homeland Security Committee, publicly scolded the men for putting their president and their nation in a compromising position since the women could have been working for a terrorist organization.

Meanwhile top military officials have performed their mea culpas on cue. They have expressed their “disappointment” over the scandal, arguing that this type of behavior is not in keeping with the professional conduct expected of armed forces personnel. Defense Secretary Leon Panetta assured the U.S. public that the handful of unruly servicemen will be properly disciplined for their bad behavior.

Ironically, the sexual politics of this sex scandal have gone largely unexamined in the mainstream media. What does this incident expose about the gendered and sexual dimensions of U.S. power in Latin America, a region where the U.S. still wields incredible economic and military might? Remember that the incident only came to light after one of the Secret Service agents refused to pay the agreed upon price to his female escort. When he offered her $30 instead of $800, the young woman fought back, enlisting the help of a local policeman to get the balance owed. The agents finally scraped together $225, just enough to cover the fee she pays to the man who sets up her appointments. Still, in refusing to be taken advantage of, she managed to embarrass the “holier-than-thou” United States on the world stage.

The devaluation of women’s bodies (and their labor) evident in this unequal sexual encounter bespeaks the racial and gendered implications of U.S. intervention in Latin America. “Carnal Cartagena” is already a hotspot for sexual tourism (prostitution is legal in Columbia), attracting men from across North America and Europe. Yet this has less to do with Columbia’s supposedly lax morals or its seemingly endless supply of steamy Latin women. Rather, the exploitative history of U.S. neocolonial rule and its ongoing push for neoliberal economics in the region have actually helped to create the conditions for the rise of sex tourism cities like Cartagena. For many women of color facing persistent poverty in Latin America, one of the most profitable things they can do is sell their bodies to moneyed foreigners. These same foreigners feel empowered to do anything they want without consequences.

The patriarchal structure and hyper-masculine culture of the U.S. armed forces have also gone unquestioned. And yet the military is struggling to come to grips with sexual assault within its own ranks. In fact, the Cartagena scandal emerged at the very same time that Defense Secretary Panetta was announcing a new plan to combat sexual assaults in the military. However, the media (and the government) have treated them as separate phenomena. If women in the U.S. military don’t even feel safe, then what about women in foreign countries with little recourse to justice? We already know that sex work and U.S. bases go hand-in-hand in places such as Japan, South Korea, and the Philippines where local elites and U.S. officials turn a blind eye to rape, physical abuse, and child prostitution.

Somehow the United States still feels justified to celebrate its role in bringing “women’s rights” to the global South, especially the Middle East. Yet the Pley Club scandal was more than just a “distraction” or a pesky case of “boys will be boys” or “a few bad apples.” It exposes much deeper problems of gender and sexual exploitation in the entire enterprise of U.S. power abroad. 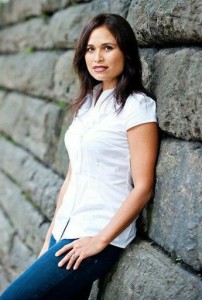 Theresa Runstedtler is Assistant Professor of American Studies at the University at Buffalo and, postdoctoral fellow at the University of Pennsylvania’s Penn Humanities Forum for the 2011-2012 academic year. She is the author of Jack Johnson, Rebel Sojourner: Boxing in the Shadow of the Global Color Line (University of California Press). Visit her blog at www.theresarunstedtler.com and follow her on twitter @klecticAcademik.