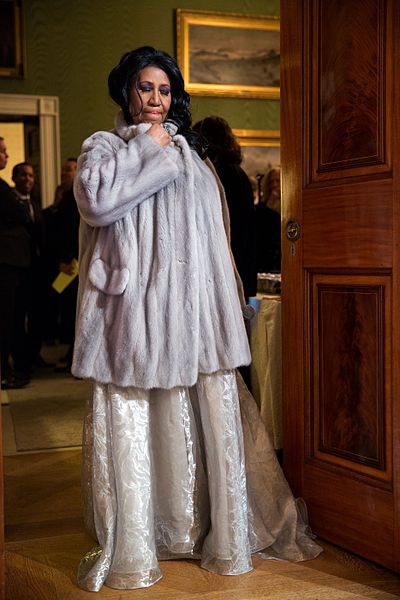 On the day we gathered for the homegoing of Aretha Franklin, undisputed Queen of Soul, the Buckingham Palace guard paid tribute with a rendition of her signature song, “Respect.” Across the pond, one queen recognizes another, and here, millions tuned in to her broadcast and online stream while hundreds gathered in Detroit to bid her farewell.

The international tributes to our legendary soul singer solidified her place in history, and yet, we could not quite say goodbye without the patriarchal Black Church rearing its ugly head in ways that undermined our queen’s demands for R.E.S.P.E.C.T.: from the groping hands of Bishop Charles H. Ellis, who officiated over the event, to the harsh judgmentalism of Rev. Jasper Williams, who delivered the official eulogy. Predatory behavior, condemnation of black single mothers (a status Aretha Franklin bore as a mother of four sons ever since she became pregnant at age 12), and the glorious spectacle of black female powerhouse vocals reminded us all of both the joys and struggles of an inheritor of the gospel and blues tradition. Her powerhouse vocals were nurtured in the church, and we witnessed several of her peers and vocal descendants – Chaka Khan, Gladys Knight, Yolanda Adams, Fantasia Barrino, and Jennifer Hudson – whose voices emerged from the same training ground. But we also witnessed the subjugation of black women’s place in the community, where women can raise their glorious voices in song but could not preach from the pulpit. Only one woman preacher – Shirley Caesar – appeared at the event, but she was brought forth only to sing and not officially speak to the occasion.

From her struggles as a teenaged mother, who was raised as the daughter of a preacher who drove her mother away due to his infamous sexual exploits (including of underage girls), to her eventual move from gospel to secular music, Ms. Franklin transcended the societal expectations of marginalization to not only make room for the black woman vocalist, but to center her at the very foundations of popular music. To say that Aretha Franklin set the vocal standard for pop music is an understatement. From her rendition of soul music to even the heights of opera – who could forget the Queen of Soul’s bluesification of “Nessun Dorma” at the 1998 Grammy Awards in tribute to her friend, the late Luciano Pavarotti – Ms. Franklin personified the ultimate Diva.

It is this Diva who was disrespected by a eulogy that sought to undermine her status by linking her to the so-called failures of black women. And because of this assault, I reached out to Tamura Lomax and suggested that we as black feminists and womanists create our own spaces to provide the uplifting eulogies fit for a Queen of Soul. If progressive pastors could create a Beyoncé Mass to liberate the people, how much more could an Aretha Franklin Mass offer?

When the Queen said, “If you want a do right, all day’s woman, you’ve got to be a do right, all night man,” she demanded equality and reciprocity. When she said, “You better think, think about what you trying to do to me,” she insisted on accountability. In so many ways, she had to spell out (quite literally) the concept of “respect,” which is still denied to so many black women the world over.  However, as she also sang with Annie Lennox, we’ve got to be “sisters doin’ it for themselves,” and so we insist on having the final “good word,” as we gather as black feminists and womanists to eulogize the standard-setter and the soul-bearer.

A queen deserves no less. 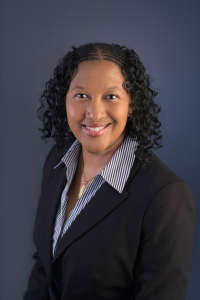 Janell Hobson is Professor of Women’s, Gender, and Sexuality Studies at the University at Albany, State University of New York, where she currently serves as Department Chair. She is the author of Venus in the Dark: Blackness and Beauty in Popular Culture (Routledge, 2005, 2nd ed. 2018) and Body as Evidence: Mediating Race, Globalizing Gender (SUNY Press, 2012). She also writes and blogs for Ms. Magazine and authored several cover stories for the magazine, including”Beyoncé’s Fierce Feminism” (Spring 2013). She also writes and engages in scholarship on representations of historical figure, Harriet Tubman. Overall, Hobson’s work intersects history, popular culture, and representations of women of African descent.