Where Thought Lives: Reconnecting the Body, Mind, and Spirit – The Feminist Wire

Where Thought Lives: Reconnecting the Body, Mind, and Spirit

I recently moved three thousand miles away from home. Not the home I arrived to as a child, but the home I chose as a young adult. The home where I finally found my chosen family, where I coalesced with my many reflections, and discovered the great spectrum and capacity for Love. All moves call for some form of packing and unpacking – contraction and release – and it seems I’ve been doing a lot of unpacking and releasing lately. Unpacking my sometimes transient-feeling identity, of course, but more specifically, releasing the habitual tensions that have colonized my body under the guise of survival and protection. A plight still calling for exploration through an expressly Black trans lens. 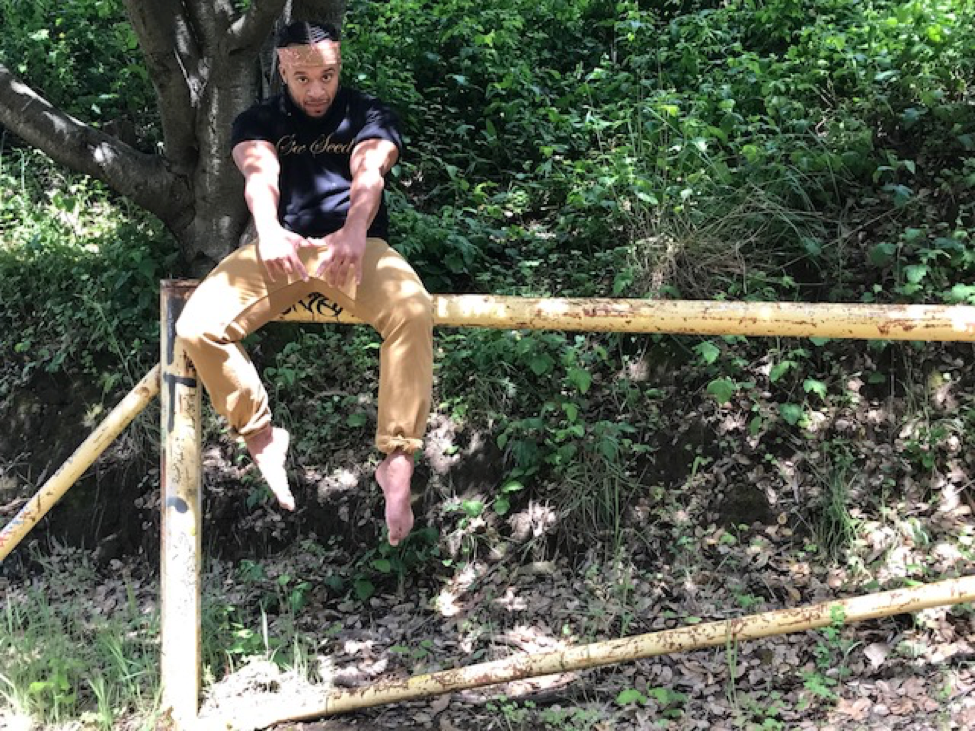 All too often, we’re overwhelmed and exhausted by the foreign gazes that disrespect and objectify our bodies. Our bodies, which are regularly treated like public parks for the masses to play in – or worse. However, here, I’m advocating for a space where we can look at our own bodies with intention, with softness, and with an internal gaze. Where we can take a few moments to explore the subconsciousness of our bodies. Our bodies are divine organisms, where the psyche and social unite and function interdependently to realize and communicate our experiences. Our bodies are complex and expressive instruments that convey our deepest desires, and deepest fears, through the most subtle to grand actions and gestures. Our bodies are vehicles that even when parked, reveal a story about where we’ve been and where we want to go.

For some time now, I’ve understood intellectually that our psyche inhabits our physical body. We are “psycho-physical” beings. A big, perhaps, unnecessary term for creatures that physicalize their every thought. Even if that thought is to repress say, the movement of our hips or the speed at which our vocal folds vibrate. That repression is still physicalized, usually through the breath in combination with the contraction of a set of muscles. A feat, people often misidentify as “posturing”. A word I abhor as much as I do “stealth” or “passing,” as all three words insinuate a social power that does not exist for bodies like mine.

What posturing actually tends to be is a reaction to a real or perceived threat. It’s where tension accumulates in an area of the body as the result of a thought ignited by a belief. If this thought is triggered enough the tension will become a habitual or default state. Meaning, without physical awareness or “undoing,” the body will begin to exist in various states of stress, no matter what the mental desire is. I began to unfold this intellectual concept within my own body, after I asked myself: what psycho-physical means for a body whose thoughts have been marginalized, displaced, abused, and colonized? When my thoughts aren’t my own or are in a constant state of defense against socio-political, -economic, and -spiritual oppression, what does that mean for my body and how it expresses itself in the world? These questions began to take the weight of blame off of me and place them on external conditions, allowing me to begin moving out of my analyzer and into my actual body. This was crucial because there was just no way I would find the answers to these questions solely in my mind. I had to discover them in-body.

I’ve been on a long journey of exploring ever since. Initially, I found that throughout the landscape of my body there was a hardening. Not a hardening as in – hard, healthy, musculature. No, I was feeling an impenetrable and inactive hardness. I realized, for example, I couldn’t completely feel my back. There was a deadness somewhere between my shoulder blades, along my thoracic spine. It was as if the blood and oxygen and breath no longer routed/rooted itself through the channels beneath the skin of my back. It was as if some part of me turned the connection off between my conscious mind and physical back because I was so tired of carrying the overwhelmingly unique and often invisible burdens that drown the lives of Black trans people. I became curious about this “non-sensation” because despite how poorly parts of life have treated me and my people, I love it and want to participate in it as fully as possible until the day I go back home. 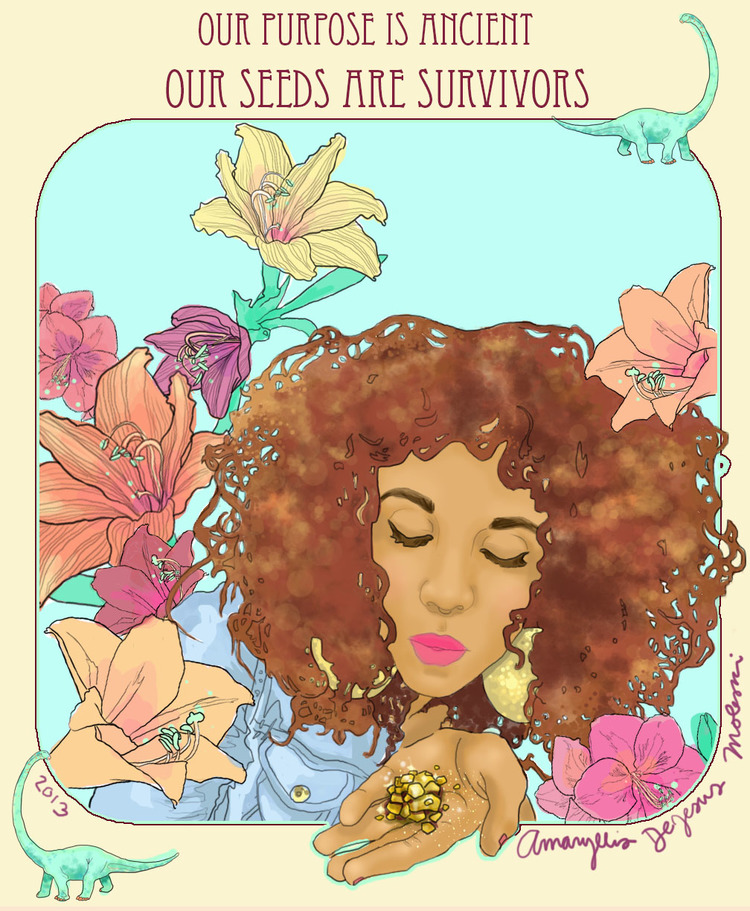 I knew I needed to awaken my back. I didn’t know how long it had been asleep or what triggered this state of imbalance. I had a lot of theories, but at such an early stage, it was impossible to pinpoint the exact cause. I wondered, if I was able to awaken my back, how that might then affect the way I engaged with the world. My back disconnected for a reason, which meant, I’d have to confront that reason if I was able to get it back online. I didn’t know if I was strong enough to face whatever my mind was protecting me from, but I knew I was courageous enough to attempt it, I am trans after all. So, I began lying down on the floor with intention. [1]  That is, quietly noticing: which parts of my body were in contact with the floor and which parts weren’t. What areas of my body felt uncomfortable? Where did my thoughts go? Did I feel a need to “fix” or “adjust” or “perfect” my body’s position? I noticed the weight of my arms, my head, my legs – did they feel heavy or light? Did my feet gently abduct outward or fight to point straight up towards the sky? I began to notice the amount of effort I put into simply lying down. My shoulders were lifted, my neck contracted, hips flexed, legs rotated in towards my midline. My body was fighting gravity – the universal force functioning to keep me grounded and connected to this planet.

I began to understand that my body was fighting gravity because of my thoughts, which had been hijacked and colonized by a culture that was actively disposing of me. As I laid on the floor, I began to ask myself, if I could allow my feet to melt into the ground. Could I allow my calves to melt into the ground? My quads? My hips? Could my stomach be loose? I continued all the way up my body until I was willing the muscles on the crown of my head to release down to the floor. Could I let the floor hold me? Could I receive that support?

Breath is the key to life. Breath unlocks the hardness. Breath is the bridge between the spirit, mind, and body. We must take our breath back. What I’ve found is that this process of undoing and reconnecting the body, mind, and spirit, cannot be met with the aggressive, competitive, impatient, forceful, hairsplitting, fire that we’ve been indoctrinated with by virtue of the “imperialist white supremacist [heteronormative] capitalist [cis] patriarchal [system]” that govern us.[2] In fact, the discoveries in this process seem to only reveal themselves when the body and mind are able to yield to a sovereign indigenous queer fluid matriarchal receptive state. A state I’m still discovering within myself. It’s here that I’m finding yet another place to call home. It’s here that I hope to discover more of myself to offer the world. Perhaps, most importantly though, it’s from here that I believe I can reclaim myself, my lands, my knowledge, my wisdom, my inheritance, my people. “[It is from here that we] stop the life cycle of the enemy culture and replace it with our own revolutionary culture.” [3] This is where thought lives. May it unfold from our greatest depths and express itself, unobstructed, and with the pristine sense of clarity that we deserve. 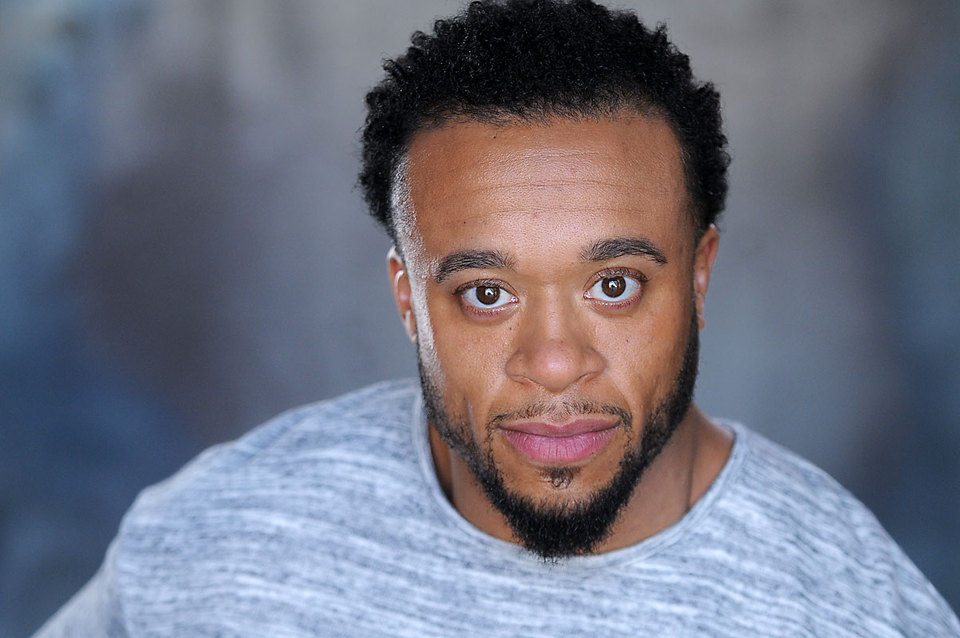 As an actor, public speaker, writer, advocate and thinker – Kingston is a modern day renaissance man who revitalizes what it means to be an activist, while working to advance social consciousness. Through his craft of acting, Kingston ignites a universal reminder that our work in life is to discover our deepest truths and allow those discoveries to challenge and develop our world.