Casting Prayers for Survival: Towards a Black Trans Theology – The Feminist Wire

Casting Prayers for Survival: Towards a Black Trans Theology

Who taught you how to pray? To conjure? To worship? To manifest? What was the context and intention? I was 11 years old when I started praying on my own. I don’t remember who in my life first taught me, but I do know that by that age I prayed every night to not be trans or queer. I don’t ever remember hearing anyone say the words trans or gay or queer when I was that young, but I had already internalized a theology that did not have room in it for the ways I was feeling about my gender or my schoolyard crushes. While I struggled for the language of what I was feeling, I had already known inherently that it was wrong, because it was clear that the God my family and community worshiped could never create a creature like me; there was never any room for ambiguity when it came to our roles and clearly I was made broken somehow, or even possessed. 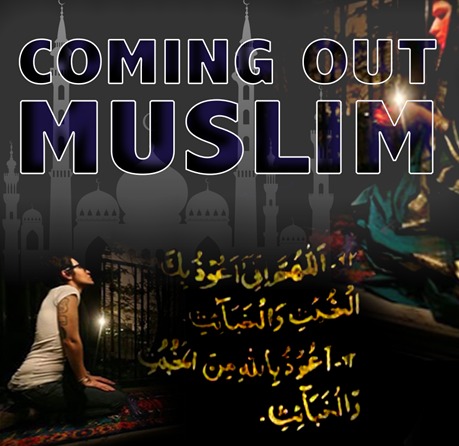 “Coming Out Muslim: Radical Acts of Love, captures stories and experiences of being at the intersections of Islam and queern-ess and its relationship to family, lovers, one’s sense of self and relationship with faith.”

I’m not embarrassed to tell you about the many times faith leaders have attempted to exorcise the transness or queerness out of my body- I’m embarrassed to say that as a kid sometimes I let them. What then becomes of these children, these outcasts who grow up to learn from our faith spaces that even an all powerful God/Allah could not accept them? What is to become of the other children, raised beside them to know that some of their very peers are not allowed to have dignity even in our most holy of places? As Black people, in a country that has had us held captive by a Christian fundamentalism that is rooted in white supremacy and the erasure of our history, what responsibility do we have to manifest a theology that welcomes the fullness of our Blackness? My Black body is trans, it is queer, and I need a theology that doesn’t erase my connection to God(dess)/Allah.

I grew up in a multi-faith home (Xian & Muslim), and had quite a few family members who were clergy. I have experienced my fair share of blue eyed Jesus wall hangings and even scored a part time job in my late teens working for a traveling Gospel choir. While there were moments I shied away from worship spaces due to dealing with rampant trans/homophobia, I loved me a good worship service and to me faith was fun. Especially if there was food and music involved! Despite my love of gospel music, and a good heartfelt sermon, the first time I even heard of “Liberation Theology”, wasn’t until I was in my 20’s. It didn’t occur to me, that in any house of God/Allah, that there was anything to be liberated from even though I was being caused a lot of emotional and spiritual pain on behalf of people who, even when I proclaimed my joy at being trans & queer, still felt a need to shame me in the name of their God.

What I learned from Liberation Theology, is that most of my life I had been engaging from a framework of defending my personhood to people that barely saw me as human. I had been stuck in conversations of “defensive theology”. In that conversation, I like many others found myself debating the same handful of scriptures that float around within Abrahamic texts. “Leviticus says…”, “Deuteronomy…” “Sodom & Gomorrah is about…”. At best, in these kinds of scenarios I found myself being able to perhaps “prove” that a Koran or Bible passage was not talking about trans & queer folks, at worst I was stuck in cyclical conversations with folks who believed I was going to Hell. Either way, I wasn’t able to win any of those conversations. Most even TLGBQIA+ clergy members I encountered over my lifetime were also generally working from a defensive theology lens. That meant, when someone in crisis asked their Imam, pastor, or minister, “How am I as a TLGBQIA+ person affirmed in the text?”, there was generally only a half thought out answer. You know, those kind of stock answers of “God loves everyone.” That answer would be perfect if we didn’t live in a world that was actively trying to kill our Blackness and Transness everyday and using a theological base for it. 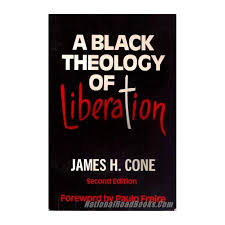 Liberation Theology asks for you to have a bit more discernment and be willing to do work. It demands that you look through religious texts with decolonized eyes and ask yourself, Who taught me to read this the way I was raised to? In what ways has white supremacy, patriarchy, classism, ableism and xenophobia shaped the way I interpret these sacred texts? It asks us to search for the stories of trans & gender non-conforming bodies within scriptures that our clergy skipped over. It asks us, where are there stories of Black freedom, honor and legacy? It requires that we name the ways that these same books and stories that we pass to our children are the same as the ones used to beat our ancestors and used to beat Black trans people into submission. So, in order for me to reconcile having a faith, as someone in Abrahamic traditions, I must strip it of the colonizer’s gaze. I must do this in honor of Yusuf and Deborah. For Hawa & Naomi. For Ruth & Jonathan. For my father, mother and grandparents. For Blake & Islan. For Kyra & London. For Kashmire. For myself.

The theology many of us cling to is one of capitalism and Manifest Destiny that has served a particular function to further inflict trauma and subordination on Black & Brown bodies. It is easy for Christian politicians who employ anti-Black and anti-trans/queer ideologies, to also be labeled as “values voters”. It is easy to find people like Mary Mary’s, Tina Campbell on TV or YouTube, using scripture references to tell Black folks everyday why we should allow a white supremacist to hold office. Why is that so easy for white Christians (and sometimes really sunken place folk) to do? Because the theology they, and we have typically learned is the same theology used to equate criminality with a lack of moral integrity, the same that teaches us to gloss over the mention of slaves and that our Kings/presidents are chosen by some omnipotent deity rather than carefully plotted capitalist ventures. Many of us know those ideas to be toxic. Yet, consistently that same theological framework is used to throw our Black children in jail, to sexually assault those who are seen as too queer or free, to dehumanize our folks to the point that killing them doesn’t even seem like murder to news outlets that will still disrespect us in death. A Manifest Destiny theology cannot empathize with Black Pain or Black Trans Liberation.

As we find ourselves burying Black trans family & friends who will be deadnamed at their gravesites and funerals;  as we see the constant verbal and physical attacks enacted on our bodies by those raised up in the Church; as we see clergy side with the State in denying our rights to employment, we as Black trans folks must recognize that we are too holy to be subjected to such violent theology that goes often unquestioned. Many appointed TLGBQIA+ affirming spaces are so cisgender and/or white focused, that they struggle to understand a theology that is centered in Black Trans Liberation, so we must claim one ourselves.

I need a theology that Black trans folks of faith, of spirit and of divine calling have been building with our own hands since the beginning. One that captures and can hold our realities and the history of divinity we carry. We have theologies at work in many faith communities that out one side of their mouth will demonize us for wanting to change the way we present our gender and/or bodies, and with the other side will say we are all spiritual beings temporarily housed in these false physical bodies. I need a theology that understands me as a spiritual being and that me coming into language and a form that allows me to connect better with my Creator is a relationship my Creator designed with me in mind as a transmasculine person; much like Abraham was able to negotiate with God(dess)/Allah, my theology must leave room for me and my circumstances to change and adjust. I need a practice that intimately understands that white bodies attempted to beat the transness the queerness, the sissiness out of Black people as a function of colonization and how that impacts the ways scripture gets read. It must be one that understands the healing role of sex work. It must be one that pushes us into action when we see loved ones impacted by physical, spiritual and/or institutional violence. 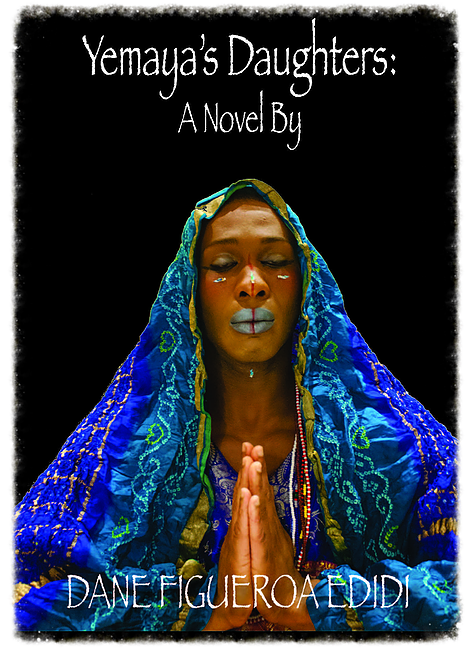 For many Black trans folks, religion and bad theologies have been a source of interpersonal and institutionalized pain. What I’d like to offer, is that we come from a legacy of Black trans healers, Brujxs, Ifas, witches, preachers and prophets. In a decolonized theology, a Black Trans Liberation Theology, we would be recognized for our spiritual gifts and be able to heal in ways that are authentic to us. I have the distinct blessing of co-editing the #BlackTransPrayerBook with my colleague and sister Priestess Lady Dane Figueroa Edidi, as we collaborate to spread this very type of necessary work.

Clergy and faith leaders, must atone for the ways they have participated in practices that have added to the trauma and violence perpetuated against Black trans femmes/women, trans men and non-binary folks. We must identify the framework from which our theology comes and ask, do you practice a theology that liberates Black Trans Bodies, or do you exist in a world that has not yet decided to invest in our divinity? When we as Black trans people come together to acknowledge that the very same places who deny our divinity are the same as the ones that give our abusers/bullies the language and demonization used to physically assault us, we give ourselves permission to break free from a toxic theology that is only used to keep us paying tithes, but not meant to keep us alive. Through this project, we seek to prove we are so much more. While many are called to serve in communities of faith through academia, and mentorship in faith spaces we are often pushed from, much of the work of Black Trans Liberation Theology happens on the margins of where we may have been told we were demons, but discovered we were Divine Light instead. We are magickal, we are deserving and we have always existed. 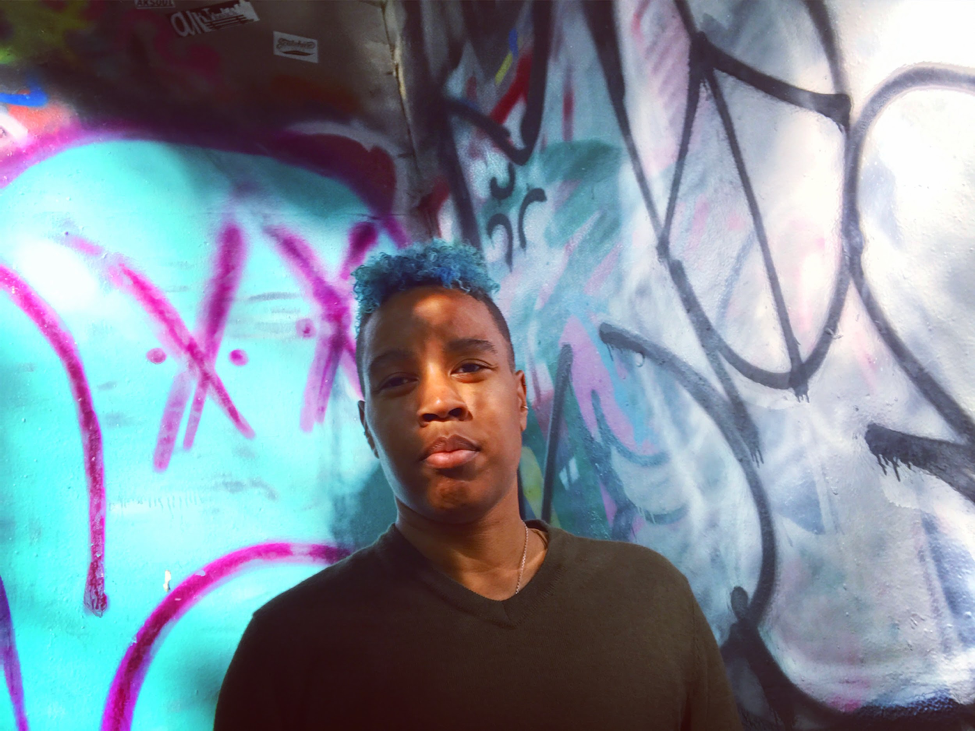 J Mase III is a Black/trans/queer poet and educator based in Seattle, by way of NYC. He is co-editor of the forthcoming #BlackTransPrayerBook, with Lady Dane Figueroa Edidi. As an educator, J Mase has worked with thousands of community members in the US, the UK, and Canada on the needs of LGBTQIA youth and adults in spaces such as K-12 schools, universities, faith communities, and restricted care facilities among others. As a performer he has shared stages with artists such as the Indigo Girls and Chuck D. He is the founder of awQward, the first ever trans and queer people of color specific talent agency. His work and musings have been featured on MSNBC, NBC OUT, Essence Live, Atlanta Black Star, GO Magazine, Believe Out Loud, Everyday Feminism, Black Girl Dangerous, Upworthy, the New York Times, Buzzfeed, the Root, the Huffington Post and more. Check him out at www.jmaseiii.com and donate to the work of the #BlackTransPrayerBook via admin@awQwardtalent.com via PayPal!