EMERGING FEMINISMS, Do You Recognize Me Now? – The Feminist Wire

Home / Academia / EMERGING FEMINISMS, Do You Recognize Me Now?

EMERGING FEMINISMS, Do You Recognize Me Now?

On my first days of pre-school a parent asked me with a smile “what are you?”

At a time when I only saw black and white, I confusedly told her I was white. She smiled, shook her head and said, “I know but what are you really” as if to say, yes I know you are American but what are really; wink, wink. Back then I didn’t consciously realize that I ate different food, spoke a different language, watched different things, and grew up with different values. This became apparent to me in second grade when I was teased about the food my mom packed me for lunch. This phenomenon has come to be known as the “lunchbox” moment, the moment when young Asian American children are teased and shamed for eating something different. I was so embarrassed by my lunchbox moment that I stopped eating lunch and at the end of the month my mom would find weeks’ worth of food hidden in different parts of the bedroom. For many people of color, the lunchbox moment is the first time they learn that they are not like everyone else.

When I look back on my childhood, I now know that my parents raised me in a personally made Filipino enclave. As first generation immigrants, my parents kept me away from classmates’ birthday parties and sleepovers and instead surrounded me with what was safe and familiar from their own culture. My first, and only, parent condoned sleepovers were with my aunts and the only parties I went to were ones my parents went to. My parents surrounded me with aunts and grandmas and with endless Tita’s and Tito’s, as like many Filipino children. I watched Filipino novelas with my mom and my inang (my grandma). I ate almost exclusively Filipino food and my family spoke tagalog at home. When I was young, being Filipino wasn’t just a part of my identity; it was the entirety of it.

When I traded up my Harbor City high school for my Torrance community college, I was suddenly surrounded by more white people than I had been. My teammates were predominantly white, my teachers, my coaches, and my best friends were white as well. The rejection of my culture began in the little things like speaking to my family differently, not eating Filipino food, not speaking tagalog, not having any Filipino friends, and functionally putting my culture aside and trying to mold myself into what I saw around me.

For two more years at the American University in Washington DC, I continued to mold myself into what fit the picture of the most successful people in the nation’s capital. I highlighted the parts of my life that fit the story, while ignoring the parts of my history and culture that didn’t match the successful hustle and bustle of DC. I recognize this period of my life as the whitewashing of my identity. The worse part of this period was being proud of it. I was proud of not being too Filipino, I was proud of being different than my parents and my family, and I was proud that I had assimilated so well into American culture that my ancestors might not even be able to recognize me. I bought into what was whispered into my brain: my Filipino culture was backwards and subordinate to western, white culture.

This was a myth created by western imperialism and perpetuated by modern day media. In America, I was taught about my culture on TV when a Filipino delicacy was thought to be so disgusting it warranted a challenge on Fear Factor. I saw the beautiful islands of the Philippines portrayed as jungles in Survivor and again in articles dubbing islands of the Philippines some of the best “jungles” to visit. Do you know that people live there, not animals? You see, the message about my country was so strong that so many people only know the Philippines as a poor country with a corrupt government. Western culture and the media took parts of my country and our culture and created a narrative of inferiority while forgetting about the cages they put my ancestors in.

What Western culture fails to emphasize are the traits that truly encompass my culture. The narrative fails to tell the story of the overarching selflessness that the everyday Filipino lives their life with. It can be seen in the Overseas Filipino Workers (OFW’s) who go abroad so they can send money to their family, in many instances leaving husbands, wives, children, and parents behind. We don’t talk about the grandparents and the aunts and uncles who step up to raise the children of OFW’s, the way my grandparents took care of me for four years. No one talks about the children who opt to stop attending school for a couple years so that their siblings can go to school and so that they can work to support the education of their brothers and sisters. No one tells the stories of people like my aunts who stopped going to school so there younger siblings could continue their education or how my mom’s family of thirteen rose through poverty one by one and put every child through college. My mom and her siblings attended college while working mornings and nights to pay for their education and their younger siblings’ education. When one of them graduated, they continued to support their younger siblings education until all eleven kids became college graduates.

As a young professional starting out in predominantly white Washington DC, it is difficult to wear your culture on your sleeve and be successful. How do you hold on to your culture and live in a society that recognizes your culture as savage and as inferior? How do you succeed in a country that colonized your home, whose people came to your country and literally tried to wash the color away from your skin until they moved on to killing your people? This was not a system created for me, it was created to colonize me and my home. For me, and people like me, to want to assimilate so badly into society that we forget about all the incredible work and sacrifice that brought our family to these shores in the first place.

When I started working in DC, I was asked where I was from and I would respond by saying that I am from Southern California. But just like in preschool, my coworkers would give me a look, obviously searching for a more polite way to ask again. What my coworkers were wondering was, where was I “really” from. Today, I have no problem telling people that I am Filipino because my identity begins with the injustices, obstacles, and challenges faced by my ancestors and my family and it ends with the will and ability to overcome. 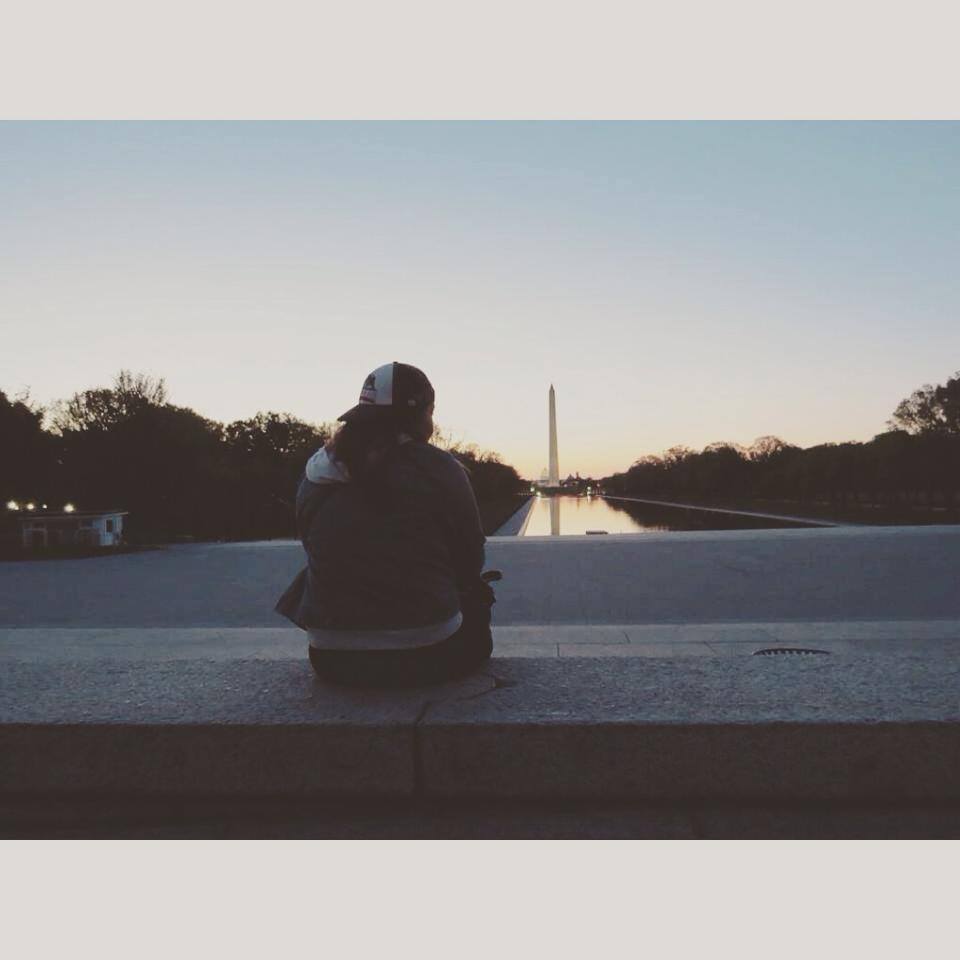 Joy is in her final year at American University in Washington DC where she majors in Political Science and Justice. She is a strong believer that women make better leaders, which led to her previous internships at EMILY’s List and with the Democratic Party. She is especially interested in the relation between hyper masculinity as it relates to solider actions during times of war and masculinity’s impact internationally in community relations and violence against women.

Related ItemsAcademiaActivismanti-imperialismbody politicscitizenshipCulturedecolonialEconomyEducationEmerging FeminismsFamilyfeaturedfeminismFilipinosGenderHealthHistoryImmigrationLovePatriarchyPoliticsracismrecognizesexismU.S.Violencewhite supremacywhitenessWomen of colorWorldWritingYouth
← Previous Story EMERGING FEMINISMS, Meditations on Occupying Our Present: Why I Continue to Turn to Intersectional Feminism in This Moment, PART THREE
Next Story → EMERGING FEMINISMS, The People’s Champ