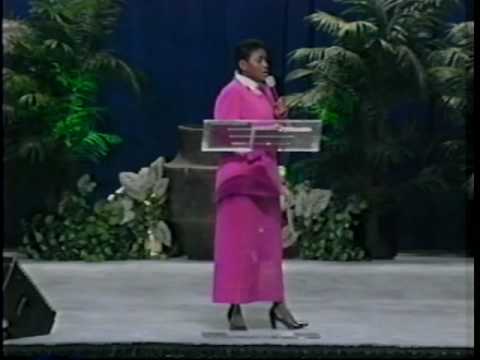 In 1996, I sat in an auditorium-styled mega church sanctuary in Washington, DC along with hundreds of other mostly Black women anxiously waiting for then Prophetess Juanita Bynum to make her way to the stage. After experiencing a shady love triangle, a gentle, socially conscious and lasting love entered my life. I invited My Love to attend service with me that night but he declined. He always looked perplexed by my invitation to attend church. He couldn’t understand how a woman, who in his opinion was so open-minded in others area of her life, was so tethered to the oppressive theology and doctrines often found in the Black Church.

Once in sync we explored our sexual selves together. I would go from ecstasy to shame and guilt in one breath. Sometimes, I would fall to my knees and pray for forgiveness from God. I’d learned in church that sex before marriage was a sin. So I went to church that night to repent and to bring my Black flesh under subjection. My prayer: “God, take the desire for sex away from me.” That evening, Bynum approached the pulpit donning a magenta oversized suit jacket and matching ¾ length skirt. She read: “For your shame you will receive a double portion, and instead of disgrace you will rejoice in your inheritance” (Isaiah 61:7, New International Version). She closed her bible and said, “I have one thing to say: for your shame you will receive double.” The keys on the Hammond B-3 organ squawked. People began to jump up and down shouting, “Thank you Jesus!” “Hallelujah!” For the next hour or so she strategically laid out the cost of this double blessing: deliverance from the lusty sins of Black and female flesh.

I wanted to be redeemed but it would mean that I would have to choose between the pleasure of physical intimacy with My Love and God. I wanted both! A chasm had already formed in my new relationship. I was in love and wanted to express myself holistically. Monday through Saturday I could reconcile the two but when Sunday came, I suffered grave remorse. She scolded us for aiding and abetting the downfall of Black Christian men with our provocative clothing. Bynum likened us to the Hebrew people. Because we continued to turn our backs on God’s alleged prescriptive for living a moral sexual life our bodies had become occupied by evil. With every indictment, I felt naked and ashamed. Her tone became increasingly indignant. I made my way to the altar. I needed to receive a laying on of hands to emancipate me from my body’s wayward ways. I needed a holy strength in order to break up with the love that had only showed me unbridled acceptance.

Bodies were strewn across the floor like puzzle pieces. I was next. My heart was pounding and my palms were sweaty. My eyes were closed but the tears were rolling down my cheeks, under my chin and into my cleavage. When I opened my eyes Bynum was standing in front of me. She placed one hand on my forehead and the other over my stomach. She was alternately speaking in tongues and in English. She said, “Today you have seen your last worst days.” She attempted to push me down. Initially my body resisted. But there was so many waiting “to be delivered” that space was limited and my only way of escape was to fall back into the hands of the male altar workers. Bynum admonished all who were slain in the spirit not to get up until we left all of our impurity on the ground. I stood up but didn’t feel delivered. I only felt more shame. I wanted to run with wild abandon around the church like I saw other women, but I couldn’t.

The altar call was immediately followed by an offering to solidify the double blessing, which was only as good as the amount of shame to which I succumbed. I was a struggling graduate student living off of my student loan refund checks and a part-time bank teller job. The offering began at $1000 and moved its down to $20. My bank account had a negative balance so I didn’t even have the latter. I had my metro card and two sentimental pieces of jewelry. I soon realized that I was not the only one wrestling with the liminal space of redemption and condemnation. Women literally ran to the altar making sacrificial offerings of leather jackets and designer handbags. How much was my shame worth? I had no alabaster box, no expensive oil to offer. As I raised my hands in the air in frustration, I glanced at both of my wrists. On the left was a beautiful tennis bracelet My Love had recently gifted me. On the right was a shiny gold bangle I was given by my recently deceased aunt. Without a second thought I ran up to the altar and made my offering too. It would be years before I admitted to anyone what really happened to my jewelry, including My Love.

Now, in light of Bynum’s more recent censures of Black women’s bodies, I find myself revisiting that moment that took place over 20 years ago with liberated eyes and I shudder. I voluntarily participated in space that I thought was safe and affirming for me, only to discover the reverse. Black women’s bodies are not safe in many African American denominational churches. Sermons that police Black women’s bodies and promote shame in exchange for material blessings re-inscribe notions that Black bodies and Black sexuality should be feared. Messages like Bynum’s are rooted in white supremacy, patriarchy, heterosexism, capitalism, respectability, and the transatlantic slave trade, in which the horrific was imagined and enacted upon Black bodies. The Black Church, born out of the struggle for humanization, adopted the god of its oppressors. Meaning, it became traders of its own flesh.

Today, conventional and digital pulpits simulate the terror and peril of the slave auction block, the epitome of dehumanization. These spaces, oftentimes masculine rhetorical performance in feminine drag, are popular terrains where Black women’s bodies are literally and figuratively disembodied. Here, Black women’s bodies are viewed as commodities instead of as human with valid and highly intricate cultural and spiritual systems. On the block, buyers, male and white, examine women’s breasts, hands, mouths, etc. to figure out how to translate Black women’s bodies into economic gain. Black women’s bodies and Black women’s shame have always been big business and thus big money in North America. They were the apex of the economic slave market. Today, it’s mostly the location of the block that has changed. We too are greased up, enduring the looking, stripping, touching, bantering and evaluating of our bodies, in the name of God and capitalism.

As a counter to capitalism, I place a different type of value on Black women’s bodies. My research as an African-centered womanist homiletician affirms the value of Black women’s embodiment as a means of healing for the collective soul. In both the experience I describe above and her sermon “No More Sheets Part 2,” I interpret Bynum as the assailant and the victim. Her vehemence of Black women’s bodies, sexual pleasure and aesthetic expression mirrors her struggles with holiness. Bynum appears just as theologically malnourished as many of the Black women who follow her. She and those who preach like her not only need more sound theological sustenance but also new theoretical frameworks and methodological approaches to preaching. To this end, I posit the utility of an African-centered womanist homiletical paradigm, which privileges Black women’s bodies as viable agents that assert meaningful agency in the knowledge production process and where Black women and Black women preachers see themselves as subjects in a realm that so often objectifies them.

Afrocentrism forces the subject and the object to always consider the history, current experiences and hopes of African diasporic people in contrast or in relation to what is being posited by a hegemonic, colonial and imperialist view. Along with radical subjectivity, a womanist perspective is grounded in traditional communalism, for example, “the survival of an entire people—male and female,” redemptive self-love, for example, regaining possession of self-hood, and critical engagement. These methods honour Black women’s lived experiences instead of shaming them. One Sunday before making my final exit from the mega-church referenced earlier, a church mother stopped me as I was returning from yet another trip to the altar. She said, “I heard what you asked for.” Don’t you ever ask God to take away your sexual desire…“Instead, ask God for wisdom and understanding.” I now know that shame has no redemptive quality. Soon and very soon I hope the Black Church and Black preaching women will come to know this too. 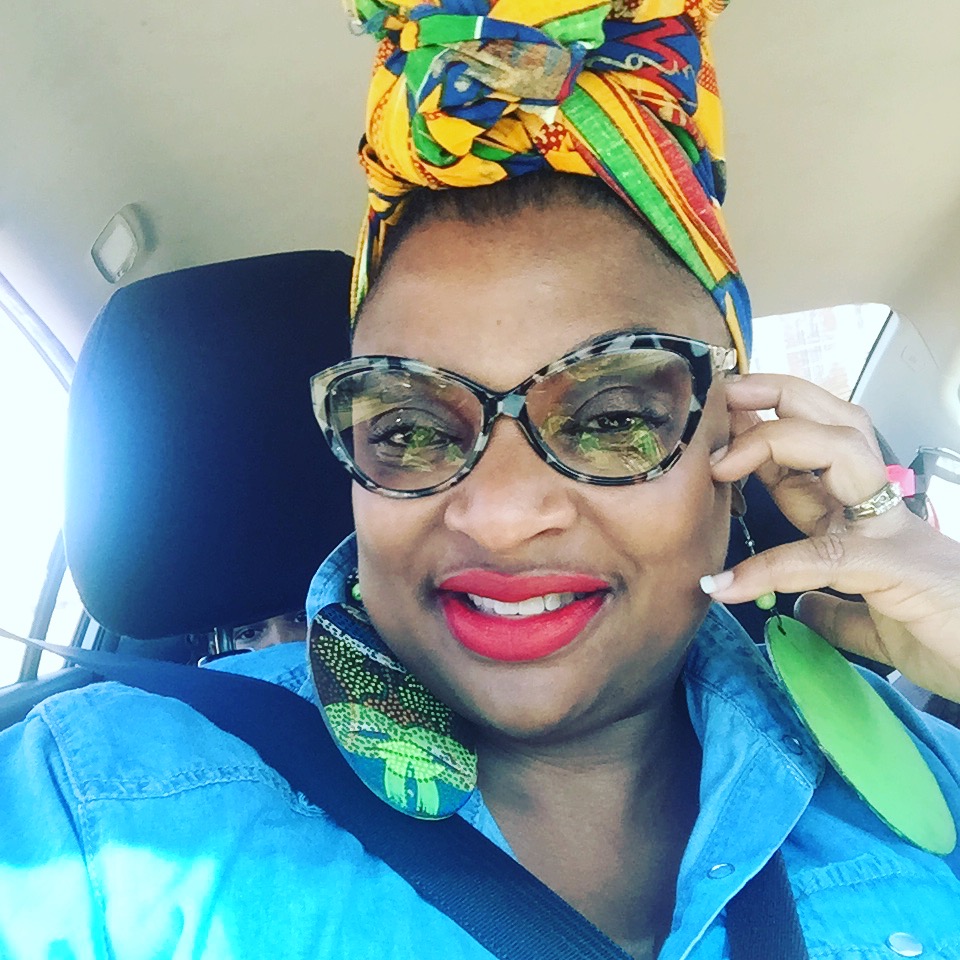 Melva L. Sampson is a practical theologian and ordained minister. Her research interests include Black preaching women’s embodiment, African heritage spiritual traditions, Black girls’ ritual performance and the relationship between digital proclamation and spiritual formation.  She is the creator and curator of Pink Robe Chronicles ™ and Raising Womanish Girls ™ both digital platforms used to elucidate the role of sacred memory and ritual in the collective healing of marginalized communities. She earned a Doctor of Philosophy from Emory University in the Graduate Division in Religion with a concentration in Practical Theology and Homiletics.