#BlackSkinWhiteSin: From Free to Freaks: Analyzing Juanita Bynum’s Dilemma of Holy and Ho – The Feminist Wire

#BlackSkinWhiteSin: From Free to Freaks: Analyzing Juanita Bynum’s Dilemma of Holy and Ho 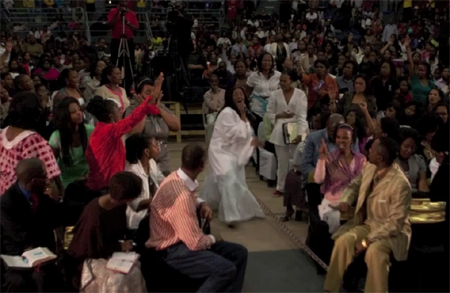 When Prophetess Juanita Bynum’s most recent Facebook live video came to my attention it was yet another example of Bynum’s attempts at cultural relevancy. These Facebook posts represent perhaps her third act as she tries to bounce back from her public celibacy, wedding, physical assault, and divorce.  Her statements, which many found “gospel” and others found objectionable, can best be understood through the lens of the cult of purity, demanded by the Church in God in Christ (COGIC), the largest Pentecostal body in America.

My focus on COGIC is not to target this particular denomination but rather to illustrate how influential COGIC teachings have been to Bynum and how this impacts her gender expectations.  For example, Bynum was reared in a COGIC church by COGIC evangelists, even attending a COGIC high school. This denomination’s stances on sanctification, sexual sin, and female submission are at work in Bynum’s contemporary rhetoric.  While on the surface her demand for purity and for chaste dress is an example of the social policing of black women’s bodies in churches, religious historian, Anthea Butler, in her landmark text, Women in the Church of God in Christ suggests that one look deeper at this narrative to see that women called into the sanctified life were not just fulfilling patriarchal expectations in the cult of domesticity and purity, but believed they were aligning themselves with the Holy Spirit.[1]

Their desire to “live holy” required them to be “in the world, and not of it,” following the commands of 1 Peter 1:15-16. Living holy is typically associated with moral behaviors like the sanctification of the black female body. And women who are trained to live a sanctified life have many prescriptions in terms of  behavior and appearance. For example, in the early days of COGIC and for most new converts today, women were and are expected to be fully covered, shun makeup, and be plainly attired. “Since the Holy Spirit was thought to dwell only in pure vessels, those who were inappropriately adorned could not receive this spiritual gift. Purity of dress and behavior indicated a person’s capacity to subordinate oneself to God’s will.”[2]

This is what Bynum is referencing in her discussion on the need for women to sacrifice for God’s call on their lives. Her earliest teachers demanded female modesty, especially for women in service, and they were just as specific as, although perhaps less vulgar, Bynum’s Facebook description. They encouraged women to avoid the clothing styles of “street women” or Jezebels. But these teachings are not anti-fashion or purely slut shaming for the sake of demarcating distinctions among women. Even when COGIC moved to promote shapewear for women they did so within the realm of theological doctrines that required different biblical standards for women and certainly more restrictions on female bodily autonomy.

At its core, Bynum’s message of old and new is about learning to constrain the black female body. And while critics can portray Bynum as a prude, sexist, or even a hypocrite for her views, one must wrestle with the absence of theologically rich and experientially tested alternative facts for black religious women. As much as theologians, ethicists, and religious scholars like to critique these types of messages as denigrating women and inhibiting their sexual and religious freedom, my work serves to remind that scholarship and experience are often deemed contradictory by confessing Christians. We who study these women are not always in the pews wrestling with them to give new illustrations, new possibilities, and new models of how they can express themselves in ministry. In this sense, I am not offering an apologia for Bynum and those holding her views, rather, what I hope to provide is a snippet of how complex the ideology behind such views is for people attempting to make meaning of their worlds.

We who speak with and for women who are called, convicted, and challenged by Bynum’s edicts must remember that until we offer constructive alternatives we will not be as persuasive. In my forthcoming book, Passionate and Pious: Religious Media and Black Women’s Sexuality, I present Bynum and other black Christian women positing similar beliefs as empire builders fully aware that the empire that they are creating and sustaining is the empire of patriarchy and heteropatriarchy. I am critical of their narratives while being careful to attend to what they find appealing. In my interviews with women who find Bynum’s directives, such as the “new sexy is clothes on,” the right way to live their lives, I discovered that women make up their own minds regarding what they will contest and what they absorb. Cultural theorist, Stuart Hall, presents this as the concept of negotiated reading, e.g. the process of questioning part of the content but not the dominant ideology.

Black Christian women cultural readers often allow enough room to live life while trying to live up to the letter of Bynum’s laws. Of course, this does not undo the psychic, social, and cultural damage involved with hearing women referred to as ho’s or freaks. They struggle against such labeling while often carving out their own new meanings and ways to be caretakers of the Holy Spirit. Bynum’s message maintains cultural relevancy because she continues to speak to where (some) women are as she interjects into their daily lives. Her message and those of scores of black churches need alternatives. They need value centers to be equally concerned with their sexual and social lives. Yet, we do not do this work in a vacuum. We must do it in the communities with black women who are given fairly constricted options for their sexual and social engagement with the world.

For those of us who are biblically trained, we must provide new constructions of scripture that offer more imaginative ways to live a holy life. For those of us who are theologically trained, we must offer more nuanced theological options for women who adhere to celibacy, and in their interpretations, biblically-mandated modesty, because their concepts of God are linked to deeply historical and conservative depictions of God and God’s relationship to women. For those of us who are pastorally trained, we must offer more constructive counseling models for healthy relationships than the pastor-first lady dyad. As persons deeply invested in black women’s thriving, we must rise to occasion of critique and construction because in the prayers of W.E. B. DuBois, “mighty causes are calling us—the freeing of women, the training of children, the putting down of hate and poverty—all these and more.”[3]

[2] This logic is further explored in Chapter 2 of my forthcoming book Passionate and Pious: Religious Media and Black Women’s Sexuality (Duke University Press). 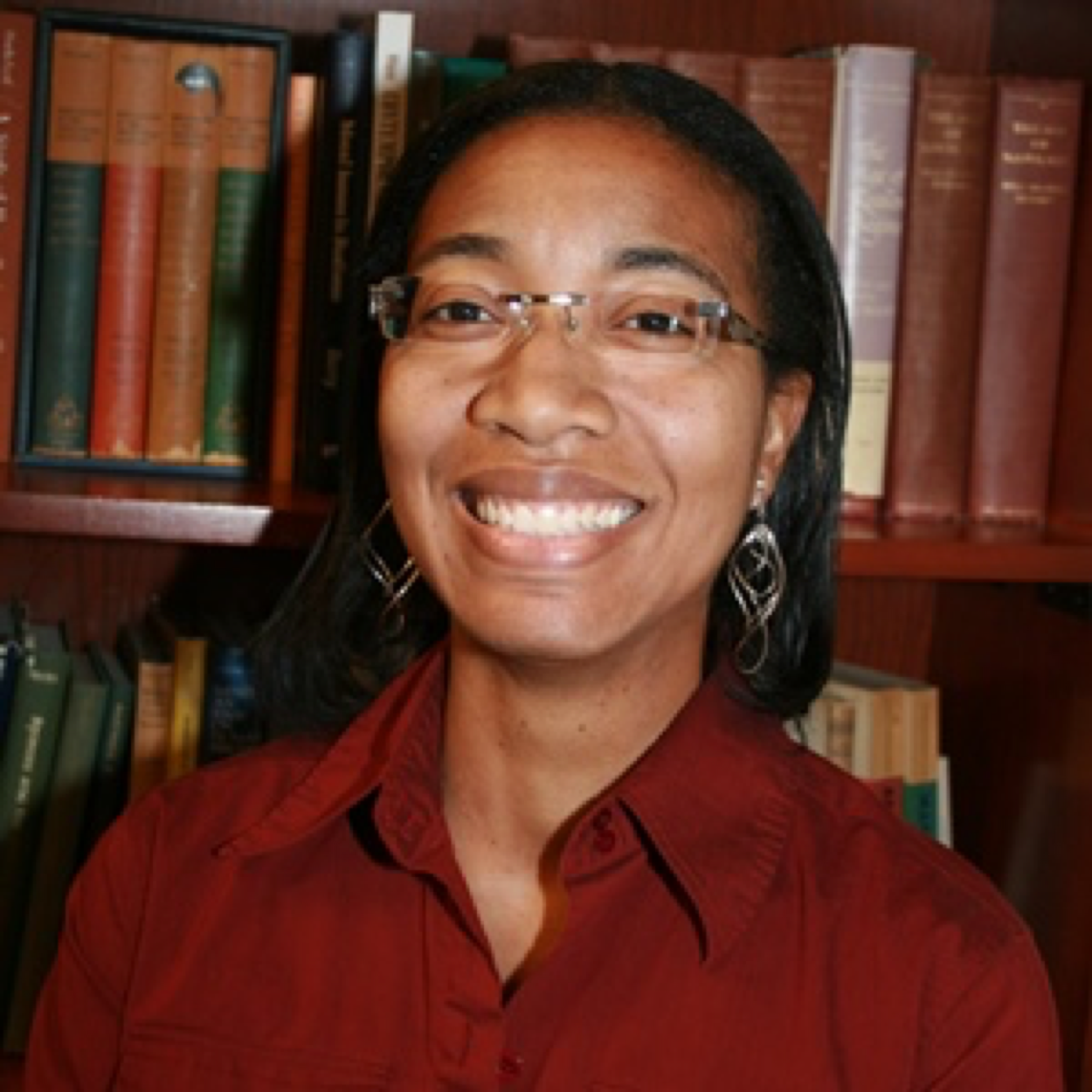 Monique Moultrie is an Assistant Professor of Religious Studies at Georgia State University. She received her Ph.D. from Vanderbilt University, MTS from Harvard Divinity School, and BA from Duke University. Her scholarly pursuits include projects in sexual ethics, African American religions, and gender and sexuality studies. Her book, Passionate and Pious: Religious Media and Black Women’s Sexuality, which focuses on African American religious media and women’s sexual agency will be published by Duke University Press in Fall 2017. Outside of the university, Dr. Moultrie was a consultant for the National Institutes of Health, the Lesbian, Gay, Bisexual, Transgender-Religious Archives Network, and is a part of the Religious Coalition for Reproductive Choice’s Scholars Group, a group of religious scholars collaborating at the intersection of religion and reproductive justice.