EMERGING FEMINISMS, On the Gender Racism of Black Men towards Black Women – The Feminist Wire

EMERGING FEMINISMS, On the Gender Racism of Black Men towards Black Women 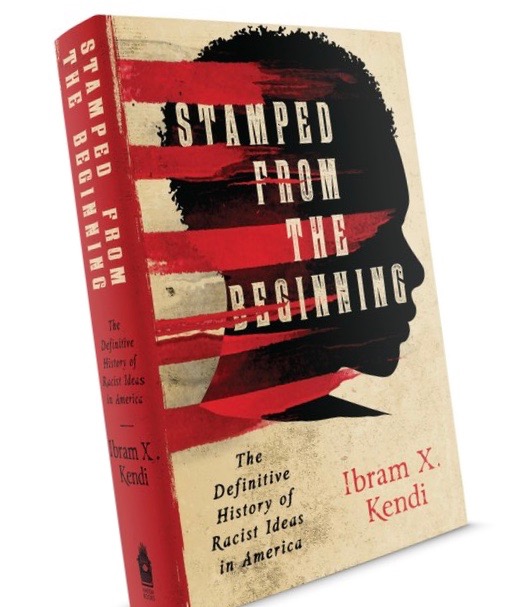 In the prologue of my new book, Stamped from the Beginning: The Definitive History of Racist Ideas in America, I shared a confession. Before working on this book, I held some anti-Black racist ideas. I held notions of Black inferiority.

I reject all those dogged claims that Black people cannot be racist (towards Black people). The only difference between a Black employer and a White employer refusing to hire a supposed lazy Black woman is the skin color of the employer. The racist idea is the same. The employment discrimination is the same. She leaves without a job because some racist assumed she’d be lazy because supposedly Black women are lazy.

If not for the rich field of Black women’s history, we would hardly know about this gender racism. Because sweeping histories of racism and sexism have sidelined all the bigotry tailored to Black women—and they have almost completely left out the gender racism of Black men towards Black women. I shared this history in Stamped from the Beginning as part of the larger history of racist ideas in America. Whether we want to admit it or not, some Black men (and even some Black women) have consumed and reproduced many of the racist ideas White people have produced about Black men, about Black women.

White male slaveholders produced the racist idea of the sexually aggressive Black woman, often to exonerate themselves of rape in the court of public opinion. As William Smith maintained in New Voyage to Guinea in 1744, Black women possessed a “temper hot and lascivious, making no scruple to prostitute themselves to the Europeans for a very slender profit, so great is their inclination to white men.”

Black men reproduced this gender racism after the Civil War. “The greater portion of the colored women, in the days of slavery, had no greater aspiration than that of becoming the finely-dressed mistress of some white man,” novelist William Wells Brown wrote in My Southern Home (1880).

William Hannibal Thomas disagreed in his best-selling 1901 treatise, The American Negro—a book that earned him the appellation “Black Judas.” “Not only are fully ninety per cent of the negro women of America lascivious by instinct and in bondage to physical pleasure, but that the social degradation of our freedwomen is without parallel in modern civilization,” Thomas wrote.

Boxing champion Jack Johnson, who refused to publically date Black women, thought their social degradation operated in the way they treated their men. Johnson loathed “no matter how colored women feel towards a man, they don’t spoil him and pamper him and build up his ego.”

Black women’s indecorum extended to their parenting, sociologist E. Franklin Frazier contended in his landmark study on the Black family in 1939. Frazier painted broad strokes of the low income Black family as a disordered, matriarchal albatross with daughters learning to imitate “the loose behavior of their mothers” and transmitting “moral degeneracy” from one generation to the next.

Since the 1960s, Black men have continued to consume and reproduce racist ideas about brutally strong Black matriarchs, about “welfare queens,” about sexually immoral “crack hoes” and teen mothers, about scheming Black women allying with White men to supposedly keep the Black man down. After Anita Hill accused Clarence Thomas of sexual harassment during his confirmation hearings in 1991, Thomas declared himself a victim of “a high-tech lynching.” And Black men rushed to his defense, claiming yet again a Black woman was used by Whites to keep the Black man down.

In public, in private relations, any negative behavior by any Black woman reinforced for racist Black men what was wrong with Black women, even as negative behavior by a non-Black woman only reinforced for them what was wrong with that individual. Writings by racist Black men presenting these purported negative behaviors have proliferated in recent years, writings like Pastor Monte Maddox’s, What’s Wrong With Black Women? (2002). “What we all know to be a fact, is that a large number of black women possess…a very nasty demeanor which has become a real turn-off for black men,” Maddox wrote.

Racist ideas have done their job on Black men, but not all Black men, on all issues, at all times. Some Black men have found a way to relate “across our human differences as equals,” as Audre Lorde famously asked humans to do in 1980. Some Black men have spent their lives loving and appreciating Black women and adopting an antiracist feminism. Some Black men have fought alongside Black feminists defending Black woman’s humanity, like prominent suffragists’ Frederick Douglass and W.E.B. Du Bois. In his 1920 scorcher, “The Damnation of Womanhood,” Du Bois blasted the “wanton and continued and persistent insulting of the black womanhood,” nine years before Wallace Thurman penned the classic Black beauty novel, The Blacker the Berry. 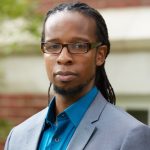 Ibram X. Kendi is an assistant professor of African American history at the University of Florida and author of the new book Stamped from the Beginning: The Definitive History of Racist Ideas in America. He also authored the award-winning book The Black Campus Movement. Kendi has received research fellowships and visiting appointments from a variety of institutions and associations, including the American Historical Association, Library of Congress, National Academy of Education, Spencer Foundation, Brown University, and Princeton University. He is a frequent public speaker and writer of commentaries in publications like The Chronicle of Higher Education, Salon, and Signature.