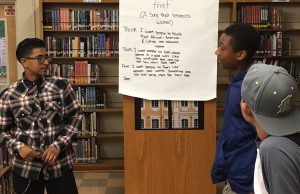 In American classrooms, where black children are never granted the luxury of being thinkers, brainy dreamers and nerdy eccentrics, invulnerability becomes their default mode and safe space; protective armor from the criminalizing gaze of school police, administrators and teachers.  Inundated with racist pop culture images of violent black masculinity and hyper-sexualized black femininity, black boys in particular often struggle to define manhood in ways that aren’t based on hardness and controlling black girls and women. Black male feminist allies like Kevin Powell, Byron Hurt and Mark Anthony Neal have long championed linking anti-violence work on sexual assault, intimate partner violence and misogynoir with civil rights and social justice activism.  Powell calls for a progressive men’s movement to deprogram men and boys.  Yet, making sexual violence relevant to young men of color is hampered by legacies of anti-feminist “gender warfare”, epitomized by scorched earth attacks against forerunning womanist/feminists like Alice Walker, Michele Wallace and bell hooks. As a result, it is a persistent challenge to connect young black men to this work in their schools, communities and everyday lives.

How, then, do black feminist educators work with boys of color to redefine masculinity and engage a new generation of “woke” feminist young men?

When students in my all-black Young Male Scholars’ (YMS) high school program are asked to identify mainstream media examples of men of color being vulnerable, or expressing emotion that isn’t violent, objectifying and/or “turnt up”; most are at a loss.  Throughout the course of the school year, YMS students collaborate with Women’s Leadership Project students on sexual violence prevention peer education—co-coordinated with youth activists Issachar Curbeon and Brandon Bell from health justice organizations Black Women for Wellness and Wisdom from the Field— that unpacks sexist hetero-norms and attitudes about gender roles, gender identity and male bonding around violence. Critiquing the way rape culture influences public policy and media is key as many black youth don’t see themselves meaningfully represented outside of violent dehumanizing imagery. In addition, black boys are programmed to view racist victimization as the primary issue confronting black communities, unaware of their own privilege and the ways black women and girls are subject to systematized sexual, domestic and intimate partner violence. 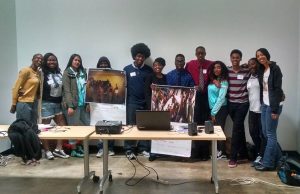 The influence of this erasure runs deep.  According to a 2005 Justice Department study, “black victims reported sexual assault at much lower rates than white victims, [and] while 44 percent of white victims report sexual assault, only 17 percent of black victims did”. Black women and girls continue to be the most vulnerable and most targeted populations when it comes to sexual violence and sex trafficking.  Moreover, public agency interventions that address the sex trafficking of minors are often not culturally responsive. Time and again white folk who believe they are on the “frontlines” of “rescuing” trafficking victims are ignorant of the context of black girls navigating poverty, misogynoir, sexual abuse and school push-out.  Sexual violence victimization is a key factor affecting the mental health and wellness of black girls K-12 schools.  And for youth of all genders and sexualities, prevention resources and education are virtually nonexistent.  Compounding matters, black girl survivors are often explicitly or implicitly told to just get over it and soldier on. In ultra-religious black communities they may be encouraged to seek therapy through patriarchal hetero-normative faith based institutions that view women’s sexuality as “the problem” and not American as apple pie rape culture.

The Los Angeles-based Media Done Responsibly (MDR) organization has been a leader in educating youth to push back against the prevalence of sexist media violence. The organization promotes media literacy and advocacy by training youth of color to become aware about and challenge toxic media images/lyrics that they consume. MDR founder Shaunelle Curry works in schools and universities across Los Angeles County using a culturally responsive arts curriculum. MDR engages youth in media advocacy which targets the multinational corporations that promote and profit from sexist, misogynist images of women of color.  In addition, the organization trains young men of color to be facilitators at its partner schools and to commit to 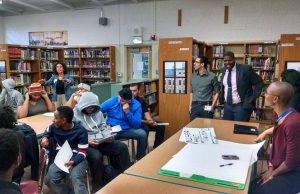 challenging rape culture and the normalization of sexual assault and sexual harassment. For example, working with young men, Curry and MDR do “a ‘Woman of Honor’ lesson plan in which students have to name a woman who’s been influential in their life that they love.” According to Curry,  “We then hand out objectifying, misogynistic lyrics. We have them read them out loud and insert the name of the woman they honor and hear their name in this misogynistic language.  Some can’t do it.  This gives us a place to start the discussion.  Many of them just listen to the beat not the lyrics.  We also look 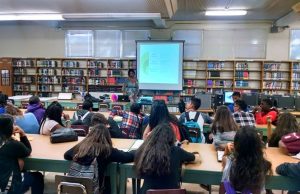 at why this is the predominant way black and Latino women are represented in media culture.  In this respect, they begin to deconstruct how women are just there for male pleasure and desire; while understanding how this impacts the cycle of violence, abuse and degradation of women.”

Recognizing young men and boys as violence victims/survivors is also a crucial piece.  Gender violence prevention educator Clifton Trotter, formerly of the anti-violence prevention organization Peace Over Violence, has worked directly with young black men on its Engaging Men project (in partnership with the L.A.-based Brotherhood Crusade).  He spoke recently with YMS and Women’s Leadership Project students about the initiative, which leads young men through a ten-week violence prevention education program that focuses on hypermasculinity, violence in dating relationships, sexual violence and black fatherhood.  After the training, youth participants develop confessionals, reflections, personal narratives and poetry into a dynamic performance piece that can be used in classrooms and community outreach. 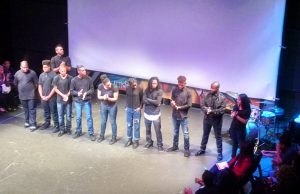 Trotter notes that male entitlement is one of the biggest challenges to developing young men as allies when it comes to addressing the normalization of violence against women. He says, “This is especially true for young men and boys who haven’t been exposed to this paradigm shift because there is already a defensive posture. It’s important to convey to our young men that it’s not an indictment and [that this issue] is bigger than you.”

Recently Kandee Lewis, executive director of the Positive Results Corporation, which focuses on teen violence prevention, organized a multi-generational male conference in Los Angeles that explored male trauma and healing. Lewis maintains that “Most young men are confused because of the images they are exposed to and the trauma from the 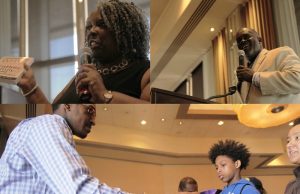 violence they may have seen or experienced at home.  In relationships too often young men feel they have to prove how much of a man they are, and that includes the way they speak to women and behave around women.” All of the male conference presenters spoke from their experiences with domestic and sexual violence.  Far too often, homophobic and transphobic norms dovetail with racist stereotypes to shame, marginalize and victim-blame black male sexual violence survivors into silence. Reflecting on the impact of the conference, two young men who attended said, “Young men need to know that it’s ok to be different, to prescribe to non-violence…to not succumb to peer pressure, and to not feel obligated to” be complicit in behavior that dehumanizes girls and women.  In an age of mass black resistance, this continues to be one of the most radical propositions.

Sikivu Hutchinson is a contributing editor for TFW and author of the novel White Nights, Black Paradise. twitter @sikivuhutch