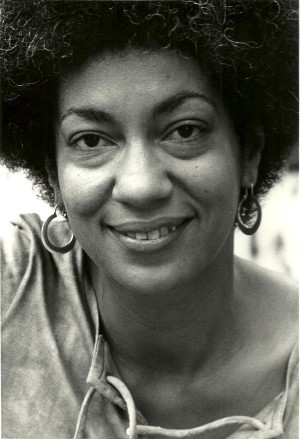 NOTE: This is an edited version of a keynote at the Toronto Peoples’ Social Forum originally shared on July 11, 2015.

I grew up to the sounds of rain on the roof
Winds bristling through the trees
Rotten mangoes on the earth
To the smell and sounds of the ocean
Roosters welcoming the light of the early morning
To the feel of dew on the leaves
That world felt, smelled and tasted possible

Our food was steps away from our kitchen
I would diligently and excitedly follow my grandfather to the land
To pick and harvest the fruits and vegetables that were ready for our tasting
This is was all part of the experience
Asking him multiple questions about the land, the animals, his family. Our history
Hunger was something we were rarely used to
The land provided. Our neighbours provided. The ocean provided.

And while I was typing this, I heard what were clearly fighting sounds outside my balcony
As I rushed to see what was happening, a young man was on the ground
With a clearly enraged young man hovering over him, screaming at him and seemingly about to hit him.
Clearly aroused by their machismo, the enraged young man and his friends returned to their Mercedes Benz
Leaving the young man on the ground.
They sped off, high off of whatever just transpired.
No one said anything
No one was shot for wielding a weapon
No one was a threat
Whose world is actually possible?

July of 2015 I attended a vigil
To honour the spirit of an African man who was supposedly wielding a weapon
A hammer
A hammer yet to be found
He was remembered as someone who always had a large and beaming smile.
He had escaped war in Southern Sudan as a refugee.
The day he was killed
He had attended the annual Afrofest gathering earlier that day and was looking forward to returning to see Kassav perform.
Within seconds, his life was ripped away by the Toronto Police Services.
According to the media, no details have yet been released. Things are unclear.
Is another life possible?
Andrew Loku. We will say your name. We will remember you.

Over 50% of people who have been killed by the ‪Toronto Police Service (TPS) who experience mental health histories are Black men.

In 2002, the Toronto Star newspaper led an investigation that analyzed police arrest records and it showed that in certain cases where police have discretion to use personal judgement, Black people receive harsher treatment than Whites.

The Special Investigations Unit (SIU) of the TPS is supposed to be an arms-length agency that investigates incidents involving Ontario police where there is death, serious injury or allegation of sexual assault.

Since 1990, there have been 7 on-duty Toronto police officers who have been charged with manslaughter or murder by the SIU. None have been convicted.

Whose world is possible?

I thought of June Jordan’s poem about police violence……

This vivacious African transwoman lived life as though everyday was her last
She loved hard! She loved deeply!
Thinking of the words of D’bi Young Anitafrika
“Forgive me for not loving you fearlessly but I can love you courageously”
This woman lived and loved fearlessly and courageously!
Her life was taken on February 22, 2015
On February 24, 2015, the TPS stated that 55 Division were conducting a thorough investigation.
An autopsy was concluded and the results were inconclusive.
There was public outcry.
We were mourning.
Where was the public outcry?
Sumaya Dalmar. We will say your name. We will remember you.

Saskatchewan is burning.
It could be burning until the fall researchers say
The largest evacuation Saskatchewan has ever seen.
More than 13,000 Lac La Ronge band members and others have been forced out of their homes
Is our world burning?
Is another world possible?

Today marks the 25th year anniversary of the 78 day stand off at Oka.
The warriors and protectors of mother earth
We will say your names. We will remember you.

I loaned my friend the book The Salt Roads by Nalo Hopkinson
We were building a friendship
He made me laugh
Sometimes I forget how important laughter and talking bare nonsense is to me
To my very existence and sanity
He was teaching me how to DJ because I also seemed to forget the importance of music, to the importance of the drums, to rythym in my life
In grounding my psyche
In guiding my spirit

I think of my Haitian comrades, sisters, brothers, family

“…..they will call you mad after your brothers are massacred and grief makes you wild. They will call you sane again. When you collect the torn pieces of the body of the Black Emperor Dessalines who made the flag of the land he called Ayiti, as the original Taino inhabitants had named it. Dedee Bazile, they will obey you when you demand that Dessalines be buried.”

I never got that book back.
My friend took another path
His physical body would no longer be part of this world
Another brilliant Black man
Misunderstood.
My friend. I will say your name. I will remember you.
You were the one you’ve been waiting for

Ayiti remains under attack
Deportation, denaturalization, dehumanization remains
Where is our other world?

In the week of July 1, 2015, 6 Black churches were burnt in the US
Mumia Abu-Jamal remains in solitary confinement
Where prison and state officials continue to neglect him proper medical care

African Colombian women continue to march
In defense of life and the ancestral territories
The bodies of African and Caribbean revolutionaries remain missing
We will say your names. We will remember you.

Another world is not only possible
We must demand her existence!
For we are the ones we’ve been waiting for! 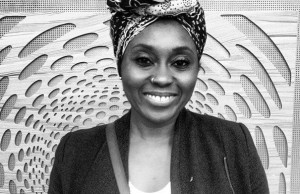 Kimalee Phillip is an African-Grenadian woman, currently living in Toronto. Informed by and grounding her political, professional and personal values in anti-racist, anti-colonial, Black feminist work, she longs for a world where her people can live and transition freely. She is an educator, organizer, consultant and writer who specializes in the fields of legal studies, workers’ rights, gender-based and sexualized violence, anti-colonial, anti-racist pedagogies and organizational development. She has conducted qualitative and participatory research and has created and facilitated numerous workshops, curriculum and learning spaces across Canada, Ghana, Jamaica and Grenada. She holds an MA in Legal Studies from Carleton University and is currently a Director with the multi-issue, social action collective, Groundation Grenada.