A Love Note to June Jordan from Margo Okazawa-Rey 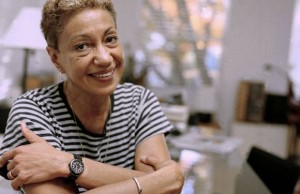 We are four months away from what would have been your 80th birthday—9 July. We still invoke your words, ideas, and commitment to a global movement for the liberation of all oppressed peoples of the world. You would unequivocally agree with #BlackLivesMatter and the younger generation of women and transpeople leading the movement. You also wholeheartedly would stand with, indeed be one of the staunchest advocates and outspoken voices of “From Ferguson to Palestine.” You wrote about and modeled critical intersectionality of identities—including recognizing and affirming emerging identities you could not have imagined, of social locations, and of liberation movements. You understood deeply, too, that feminism must undergird all justice politics and movements. Most of all, you expressed the myriad forms and powers of love. You loved lovers; loved your students who made Poetry for the People, for example, for it what has become. You loved South African women struggling to Free South Africa and wrote for them “we are the ones we’ve been waiting for.” Your love of Palestinian people impelled you to write about you, a Black woman, “being Palestinian.” These, and more, are what made you a prophet of my generation—14 years junior—and our times.

NWSA Annual Conference, Towson Maryland, 1989. I was part of helping to organize it; you were one of our keynote speakers whose arrangements I sorted. You and our beloved poet Hattie Gossett drove away skeptics of the power of Black women poets. After that weekend and after we both had moved to the Bay Area, we became tennis buddies. Even on the tennis court, you were fierce, although we were evenly matched, I say boastfully. Those times on the Berkeley Rose Garden courts were unique moments: I got to listen to you talk a lot of S#$%, or as we say in the Black community, “sell a lot of wolf tickets,” heard that inimitable laughter from your belly when either of us placed a brilliant shot, and saw that look, head tilted slightly, straight at the ball nearing the baseline, willing it to land inside. Those moments facing each other on the court will always be between the pages of whatever essay or poem of yours I read, June Jordan!

And most of all, no matter what, I will always stand with the Palestinian people as you unflinchingly did!

With love and gratitude, 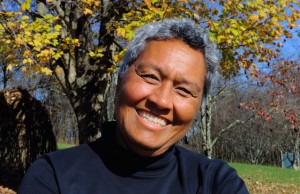 Margo Okazawa-Rey’s primary activism, research, and writing address issues related to militarism, armed conflicts, and violence against women. Her work continues to be informed by having been a member of the Combahee River Collective, which advanced the concept of intersectionality in “A Black Feminist Statement.” She is one of the cofounders of the international Network of Women against Militarism, a group of feminist activists who address impact of US military presence in East Asia, Guam Hawai’i, Puerto Rico, and the U.S. She has deep connections in South Korea and for the past ten years in Palestine with the Women’s Centre for Legal Aid and Counselling in Ramallah. She is currently Elihu Root Peace Fund Visiting Professor in Women’s Studies and on the faculty of the School of Human and Organizational Development at the Fielding Graduate University in Santa Barbara, California. She also is Professor Emerita at San Francisco State University. She earned her doctorate from the Harvard graduate School of Education.

Related Items#TFWonJuneJordanAssociation for Women's Rights in DevelopmentAWIDBlack Feminisms Forum Working GroupBlack Lives MatterfeaturedFree South AfricaFrom Ferguson to PalestineHattie GossettJune JordanMargo Okazawa-ReyNational Women’s Studies AssociationNWSAPoetry for the People
← Previous Story Another world is possible for we are the ones we’ve been waiting for
Next Story → June Jordan, Genre Fiction, and Publishing for the People