The Preacher’s Daughter – The Feminist Wire

At my wedding in the summer of 1964, I was 22 years old. Marty and I had dated for three years, and had done what was called in those days “heavy petting,” but I was still a virgin. After the ceremony and the party at the Robert E. Lee Hotel in Winston-Salem, we spent the first night of our honeymoon at the local Holiday Inn.

I was excited, nervous. In the bathroom, I took off my pink going-away outfit and the cute matching hat. I removed my underwear, including my girdle. A girdle was a necessity for any nice Southern girl, even a skinny one like me. Most girls and women wore these tight-fitting, breath-robbing pieces of elastic so we would not have an unseemly “jiggle” when we walked. Putting on a girdle or taking it off required several minutes of pulling up or peeling down. Once freed, I put on my beautiful white, lacy peignoir set and brushed my hair. I didn’t do 100 strokes, but I was stalling a little. Marty had never seen me completely naked. I opened the bathroom door and entered the bedroom.

“That’s very pretty,” he said. “Now, take it off, and get over here!” I did, and climbed into bed and into his loving arms. We had waited three years for this moment.

Anyone born after the sexual revolution is probably wondering why I was still a virgin. Was I saving myself for some moral or religious reason? The answer is “absolutely not.” I was a virgin because I was afraid of getting pregnant. Well then, why didn’t I take the birth control pill? Because the pill was so new that it was still illegal in eight states – certainly not available to me, an unmarried girl. If I became pregnant, Marty would have to get a job to support us instead of going to medical school. Or, I would have to have an abortion. Where would I even get an abortion, much less pay for it? No, it was fear that kept us from going “all the way.” We had already seen what could happen when passion overtook fear.

In my junior year of college, I lived in a girls’ dormitory at Sophie Newcomb College in New Orleans, the women’s part of Tulane University. No boys were ever allowed past the lobby, where a housemother closely watched over us. On weeknights, we had to sign back into the dorm by 11:00 pm. By quarter til 11:00, the area around the front doors of every girls’ dorm was filled with couples making out. Lingering, deep kisses, furtive hands caressing, whispered words of love lasted until 10:59 pm, and then we all rushed for the door.

That year, I lived across the hall from a freshman girl, accepted at the last minute, who was placed in an upper class dorm with a junior transfer student for a roommate. Although she lived across the hall, I don’t remember ever meeting her or knowing her name. I learned later that she was from a small southern town, a Baptist preacher’s daughter. She was a lowly freshman in a dorm full of juniors, a quiet girl who kept to herself. She found a boyfriend, a nerdy Jewish guy from New York, and they joined the make-out sessions in front of the dorm each night, but they were never really part of the group.

One afternoon, as I was returning to my room, I heard screams coming from the communal bathroom down the hallway. The dorm mother came running and flung open the door. “Get back, get back!” she shouted. “Go to your rooms and stay there,” she said to the gathering crowd. We were good, obedient girls and did as she said. As we saw the emergency personnel come and go, we knew something terrible had happened, but we had no idea what. Later that day, we learned that the preacher’s daughter had gone to a back alley in the French Quarter for an abortion. Someone said that a wire hanger had been used. The girl bled to death on a toilet seat in the bathroom, apparently never calling anyone for help. Another girl had walked in and found a spreading pool of blood on the floor.

In 1963, all abortions were illegal in the United States except when a doctor deemed the woman’s life to be in danger. Throughout the country, abortion was a felony under the same laws that prohibited dissemination of birth control. If a wealthy woman had an unwanted pregnancy, she might be able to find a private doctor to risk the operation. Or she might fly to places in Mexico or Europe where abortions were legal. Some young girls simply disappeared for several months, supposedly visiting a grandmother or aunt, and then gave their babies up for adoption. But the preacher’s daughter didn’t have those options.

The memory of that day never left me. So, twenty-one years later in 1984, when my own daughter was going off to the same university, I pondered what advice to give her. She was going to live in an all girls dorm, but by then, there were no housemothers, no curfews, and no restrictions against boys visiting the dorms or even spending the night. Difficult as it was for me to say to my 17-year-old daughter, I said, “If you think you are going to have sex, go to the Campus Health Service and get birth control pills and then wait a month.” Then I told her the story of the preacher’s daughter. “If you ever find that you are pregnant, tell me – abortions are legal now and I will help you. It’s not worth dying.”

Now my granddaughter is about to go off to college, where she may even live in a mixed dorm with guys on the same floor. My granddaughter is smart and mature, and her mother has prepared her well, so I’m not worried about pregnancy. What worries me is that there are people in this country who are relentlessly attempting to once again restrict a woman’s control over her own body. It has only been 56 years since the little pink contraceptive pill changed women’s lives and only 40 plus years since women obtained the right to a safe abortion – not really so long ago. I am worried that my granddaughter and her generation of women will lose this precious right.

I remember the preacher’s daughter. 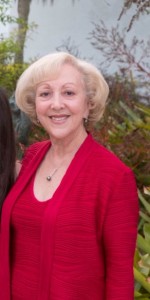 My name is Sharon Rothberg. I am a 73-year-old mother and grandmother from Miami, Florida who can well remember when there was no birth control pill and abortions were illegal. I wrote this story as a class assignment for what is now​ the podcast, Writing Class Radio. This story haunts me and many others who experienced it to this day.