When did it all begin? When did I start believing that in order to be an asset to society, I must be pretty, domestic, and submissive? How did these gender roles become so engrained in my mind?

I know when it all started: the day of my birth. From the moment I was brought into this world, I have been receiving a host of messages—some subtle, some not so subtle. I can tell from your gentle touches and caresses that I am a delicate being. I wonder if my brothers receive the same amount of attention?

I never used to think twice when you asked my sister and I to cook for them. I know that boys have got to eat. I remember how they used to get footballs and Legos for Christmas while we got tea sets and dollhouses. I can’t complain; it’s what I wanted, right? But it taught me that I don’t have to be smart or strong, as long as I’m pretty and domestic. I knew when you gave that strict curfew to my sister and I exclusively, that you were only worried about allowing your defenseless little girls out into a big, dangerous world where they would likely be taken advantage of. It’s not your fault, I’m sure you were never truly aware of how you were inadvertently perpetuating all kinds of gender stereotypes.

I know you saw me raise my hand first. I almost thought twice when, instead, you chose to call on that boy across the room. As I sit here, freezing cold in my Catholic school girl skirt and sweater vest, I wonder how much more comfortable I would be in those warm khakis and polo shirts. I guess I had the option of wearing them today, but most of the girls here wear skirts, so I did too.

Your curriculum teaches me how men have been such powerful leaders in history, but it barely even touches upon the contributions of women to the world. And when you ask me what I want to be when I grow up and I respond president, that sympathetic nod tells me that you don’t believe it could truly happen. You see, classrooms are microcosms of society, and the subtle inequalities that young boys and girls face every day are many times overlooked.

Are you familiar with the term manspreading?*

While I struggle to keep my legs crossed and take up as little space as possible as a common courtesy to the other passengers on this train, it’s a wonder that you’re so comfortable taking up as much space as you possibly can. I bet you don’t even notice. You must just have some sort of subconscious entitlement to space that persuades you to mark your territory and display your “dominance.” We have been taught to act in opposites. I’ve tried to sit like you once before, and was quickly scolded to close my legs and behave more “lady-like.”

Why do we teach women to take up as little space as possible while we teach men the opposite? Being taught to act “lady-like” is just another way that women have been conditioned to constantly accommodate men.

Please die. I can open my own doors. I have the strength. I can pay for my own meals. I have the money. I know these small gestures may not seem like a big deal, but they reinforce and reveal a myriad of underlying gender role assumptions that position women as helpless and incapable.

It’s nice that you would like to pay for me because you think you’re “the man” or “the provider.” But contrary to popular opinion, I can take care of myself. This isn’t to say that kindness and politeness should be eradicated from the world. I wouldn’t mind it if a man opened my door, as long as he didn’t refuse to walk through a door I’ve held open for him. You see, unlike chivalry, kindness works both ways.

Please change. You’re the one telling us that men are stronger and smarter. You’re the one telling us that a woman’s primary value is in her appearance, submissiveness, and domesticity. Gender roles are not natural; they are socially constructed. People should have the choice to be who they want to be, but you constantly take that choice away and most people don’t even know it.

Since birth, children are socialized to fit into these narrow gender stereotypes, and they grow up teaching the same to their own children. This unconscious, and at times intentional, cycle of patriarchy will never end unless we keep drawing attention to its existence and perpetuation. And maybe then we will finally be able to live in a society in which people can be individuals and express their own strengths, talents, and interests without being pushed towards fitting into gendered boxes. 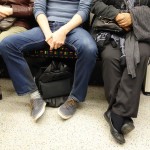 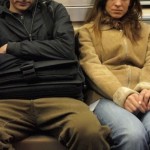 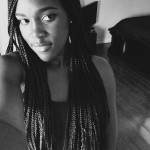 Jennifer Egbebike is a pre-medical student at Columbia University in New York City. She plans to major in Neuroscience and Behavior with a concentration in either Women’s and Gender Studies or Middle Eastern, South Asian, and African Studies. She aspires to become an Obstetrician/Gynecologist while continuing her work contributing to women’s social justice efforts.