#ShoutYourAbortion: The Ethics of Reproduction – The Feminist Wire

#ShoutYourAbortion: The Ethics of Reproduction

By Aishah Shahidah Simmons on October 9, 2015

What does it mean to have a full life, if you’ve never had full agency?[1]

I am the paternal granddaughter of a woman—Rebecca White Simmons Chapman—who had an illegal abortion. Nana was not a teenager nor was she single at the time of her unwanted pregnancy. She was married to my grandfather. At the time of her unwanted pregnancy, they had two sons together and two sons from my grandfather’s previous marriage. I am unequivocal that I am solely stating facts. I do not share the aforementioned to play into the “politics of respectability”[2] game. As far as I’m concerned, as long as it was consensual sex, it wouldn’t matter to me if Nana were an unmarried teenager with an unwanted pregnancy.

Nana was always explicitly clear that she did not want to be “saddled” with children. In her early twenties, she witnessed the direct connections between women who had a lot of children, poverty, and lack of mobility. Birth control was not readily available in the 1940s, most especially to low-income women of all races and ethnicities. When Nana became pregnant the third time, she knew she did not want to be a mother of three children. I do not have all of the facts, and she is no longer in this physical realm for me to inquire. What I know for certain is that she was not successful with a self-induced abortion. Fortunately, she survived. After her unsuccessful self-induced abortion, my grandmother received proper medical attention from her Black woman gynecologist who didn’t know anything about her plans to terminate her pregnancy. After completing the procedure that my grandmother started, her doctor informed her about birth control and gave her a diaphragm. Nana shared with me that she was so relieved that there was a way to prevent pregnancies that she purchased additional diaphragms to give to her family members and friends.

An undefined radical Black feminist, Nana always shared an acute clarity with me about a woman’s right to control her reproduction. She was not alone in this line of thinking. My mother –Gwendolyn Zoharah Simmons– has always been explicitly clear about a woman’s fundamental right to be in charge of her reproductive freedom. My mother and my grandmother are both a part of a continuum of known and unknown women who held and hold this unequivocal belief. In this wretched “pro-life” or “against life” religious, spiritual, and ethical dichotomy, it’s important to note that Nana was a spiritual woman. While she never shared any regrets with me about what she did, I do not want to imply that she was not faced with questions of her own ethics and how her pregnancy termination related to her spiritual beliefs.

At this point, I want to share my abortion testimony in the context of my being an child sexual abuse and rape survivor and an anti-rape activist. I “shout my abortion” in solidarity with the #ShoutYourAbortion hashtag co-created by Amelia Bonow and Lindy West. I shout, without shame, in response to the ongoing relentless and vicious war against women’s bodies.

I am a Black feminist lesbian survivor of child sexual abuse and rape. My rape was followed by unprotected consensual sex with another man the following evening, which resulted in my becoming pregnant and not knowing which man was the father during my sophomore year in college in 1989. I was very fortunate that I was able to have a safe and legal abortion at the now defunct Elizabeth Blackwell Health Center for Women in Philadelphia, PA.

On January 22, 2013, the 40th anniversary of Roe V. Wade, my TFW Sister-Comrade Monica J. Casper and I published a two-day electronic dialogue, “Choosing Our Own Lives: Two 40-Something Feminists Reflect on Roe” for The Feminist Wire. Rather than re-write my detailed abortion testimony in this “peace,” I invite you to please read our dialogue, which is still relevant two years after its first publication. I’ve also written about my herstory as an incest and rape survivor and how it intersects with my unwanted pregnancy and subsequent safe and legal abortion in the foreword to the Dear Sister: Letters from Survivors of Sexual Violence anthology edited by Lisa Factora-Borchers and in the forthcoming Queering Sexual Violence: Radical Voices from Within the Anti-Sexual Violence Movement edited by Jennifer Patterson.

It is almost impossible for me, a Black woman, to have any debate about women’s rights to their own reproductive justice and freedom in the United States without simultaneously discussing the barbaric, grotesque, and inhumane racist and sexist history of the origins of modern gynecology in the United States.

In her 2005 essay “‘Every Shut Eye Ain’t Sleep’: Exploring the Impact of Crack Cocaine Sentencing and the Illusion of Reproductive Rights for Black Women from a Critical Race Feminist Perspective,” Black Feminist Legal Scholar and Professor Deleso Alford  posits:

‘Her-story,’ the Black woman’s story cannot be maintained in the background of history. The Black woman’s body has known reproductive regulations and reproductive restraints. Her womb has been used as a reproductive resource center and as a receptacle or dumping ground for the sexual pleasure of those in power. The Black woman’s womb has been viewed as a contagion subjected to sterilization laws and abuses. Her womb has served and continues to serve as a discovery zone for the experimentation of contraceptives under the auspice of welfare reform or for the sake of advancing ‘scientific knowledge.’ Employing a critical race feminist perspective is necessary to contextualize the illusion of reproductive rights for Black women. Historically, Black women were encouraged and often forced to have babies in order to create and maintain a cash crop of human labor during enslavement. The enslaved Black women was a so-called “breeder” woman under the regime of slavery. The duties of a breeder woman predisposed her to a disorder called vesico-vaginal fistula, a medical condition involving internal tears in the vaginal wall leading to urinary and sometimes fetal incontinence, most often caused during traumatic child birth. It was the enslaved Black woman, including a woman named Anaarcha and many other African women, who were used a reproductive resource centers to advance medical knowledge and discover a cure for this gynecological problem.
The ‘her-story’ of Anarcha lays the foundation of the development of gynecology as a medical specialty in Montgomery Alabaman. It is also places these Black women at the intersection of race, gender, and class in the middle of the nineteenth century…[3]

Professor Alford’s words underscore the egregious fact that Black/African-American women have been battling for reproductive justice and freedom since our ancestors were inhumanely brought over to this hemisphere against their will and in chains. My selected excerpt doesn’t fully grasp the profound depth of Professor Washington’s article. I used her words to give a glimpse of this wretched nineteenth century herstory. Make no mistake, however, what I shared in this “peace” barely touches the tip of the surface of the atrocities that enslaved African women endured for the “advancement” of modern medicine. I haven’t even touched upon the herstories of Indigenous women, who, without question, experienced parallel unspeakable atrocities as enslaved African women.

It is hard not to be in a state of rage when I re-member this painful herstory and simultaneously reflect upon the contemporary reality that reproductive justice and freedom for all women, most especially women of color, is not a fundamental right in the United States in 2015. I frequently find myself asking: How dare these politicians have the audacity to create, debate, and even pass anti-reproductive justice laws, in the name of ethics, rights, and wrongs? How dare religious leaders use “ethics” to wave a moral compass over women’s literal lives? How dare many medical schools refuse to teach medical students how to perform safe and legal abortions? HOW DARE THEY? Where the hell are the public acknowledgements, the public apologies, let alone reparations for the descendants of the non-consenting sacrifices that too many enslaved African women made for the advancement of gynecological medicine?

What does it mean to have a full life, if you and your people never had full agency?

For most women of color in the United States, our herstories are grounded in the sobering fact that our foremothers and in too many instances our mothers didn’t have the choice to have or not to have children. These decisions were often made against their will and without their consent.

We must never ever forget that the genocide of Indigenous Nations, enslavement of African people, the perpetual rapes, and the forced sterilizations of African-American, Puerto Rican and Indigenous women were not viewed as illegal for centuries, including up through at least the 1980s. More often than not, laws, scientific research, the advancement of modern medicine, religion, and the defense of ethics were and still are used to sanction all of these inhumane atrocities under the guise of women of color being less than human.

For those of you who are able because many are not, I encourage you to unapologetically #ShoutYourAbortion in the name of reproductive justice and freedom.

[1] A deep bow to Dr. Angela Sims who invited me to give a talk on “The Ethics of Women’s Reproductive Freedom” in her Introduction to Christian Ethics seminar at St. Paul School of Theology in 2012. My notes from that talk greatly influenced this “peace.”  Infinite gratitude for my TFW Sister-Comrades Drs. Heidi R. Lewis and Monica J. Casper. Heidi led the way with her article in this series. Her friendship and edits helped me struggle through with completing this “peace.” Monica and I began this heart dialogue two-years ago and tragically there’s still a need to have it. She is one of the visionaries behind the “Our Abortions, Our Lives” forum whose feedback on my “peace” was also invaluable.
[2] The concept “Politics of Respectability” was first articulated by Evelyn Brooks Higginbotham in her book Righteous Discontent: The Women’s Movement in the Black Baptist Church, 1880–1920, Harvard University Press, © 1994 (http://bit.ly/1RwCHr0)
[3] Washington, Deleso Alford. ‘Every Shut Eye Ain’t Sleep’: Exploring the Impact of Crack Cocaine Sentencing and the Illusion of Reproductive Rights for Black Women from a Critical Race Feminist Perspective, Journal of Gender, Social Policy and the Law, Vol 13, Issue 1, © 2005, pages 128-130 (http://bit.ly/1PjmtSS).
Please also see Professor Alford’s (Washington) Critical Race Feminist Bioethics: Telling Stories In Law School and Medical School In Pursuit of “Cultural Competency,” Albany Law Review, Vol. 74, Issue 4, © 2009 (http://bit.ly/1jeJqdT) 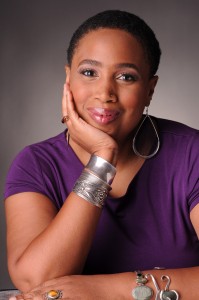 Aishah Shahidah Simmons is a Black feminist lesbian documentary filmmaker, cultural worker, and international lecturer. An incest and rape survivor, she is the Creator of the Ford Foundation-funded internationally acclaimed and award-winning feature length film NO! The Rape Documentary.  She is the 2015-2016 Sterling Brown Professor of Africana Studies at Williams College. Previously, she was an Adjunct Professor in the Women’s and LGBT Studies Program at Temple University, an O’Brien Distinguished Visiting Professor in the Feminist, Gender and Sexuality Studies Department at Scripps College and a Visiting Lecturer in the Department of Cinema and Media Studies at the University of Chicago. Committed to archiving, documenting, and telling Black women’s herstories and contemporary realities, Aishah was the Curator and Lead Editor of  The Feminist Wire‘s (TFW), “Global Forum on Audre Lorde. She was also the Co-Curator and Co-Editor, with Heidi R. Lewis, of TFW’s “Toni Cade Bambara 75th Birthday Anniversary Forum.”  She has screened her work, guest lectured, and facilitated workshops and dialogues throughout the North American continent and in many countries in Europe, Africa, Asia, and the Caribbean. Aishah’s cultural work and activism have been documented extensively in a wide range of media outlets including The Root, Crisis, Forbes, Left of Black, In These Times,  Ms., Alternet,  ColorLines, The Philadelphia Weekly, National Public Radio (NPR), Pacifica Radio Network, and Black Entertainment Television (BET). You can follow Aishah on twitter at @AfroLez and connect via her public Facebook page.