A Last Resort – The Feminist Wire

It was a Saturday. I think that I walked all the way home from San Francisco General to Church and 26th. For once, I didn’t care how I got home and how long it would take. I walked dazed through the flat land of the Mission, and climbed up and up into the hills to end up in Noe Valley. I could have taken a cab or the bus, but I didn’t feel like it. It was dark when I returned home, but I wasn’t tired. Though I turned on the hallway lights in the apartment, I sat in the dark of my bedroom for a while.

I decided to have an abortion, as I had decided long ago, as a last resort.

Looking back, I knew that I was pregnant moments after my lover gently pulled away from between my legs and lay next to me. Something inside made me open my eyes wide from that sexual afterglow and say to myself, “Uh oh.” Of course, I later pshaw-ed my reaction, but the fact hung over me like a wet washcloth that I had not inserted a second cap of spermicide before or during the last time we had sex.

It was August; my therapist was gone for the month. As lovers, Robert and I had only known each other the last week he was in town on business, but we were besotted. He wasn’t from San Francisco, much less from the United States. He was British and white and single. He was several years older than me, and he liked me a lot. I was 27, a black singleton and a writer who had just landed a day job at a law firm in North Beach. I was looking for love and commitment first. I was not ready to have a child until I was sure I had that.

Before then, I knew that any sexual contact might blow my chance to attend college and study English and journalism. I had, for the most part, unrequited crushes on boys and men that found themselves as characters in juvenilia that I passed among my girlfriends. I was not kissed until I was 17.

And I had seen too many black and Latina girls at my high school in East San Jose in the 1970s whose bodies blossomed until they were asked to leave. They returned to show off the baby in its stroller or carry-all during lunch hour, and then disappeared completely from view.

I didn’t know them. These girls were not part of my integrated circle of friends and acquaintances who were black, white, and Asian, male and female. We were in the university prep courses, and in CSF, Arista, Quill & Scroll. I did not have to mourn them, but they were a warning about getting “caught.”

I didn’t buy the predominant thinking at that time that black girls and women had to make babies for the so-called revolution. Or worse, to have something to do with their lives. I believed in getting a degree and in eventual marriage, but I also believed in enjoying sex as well as finding love. I wanted to experience the difference. I bought my first Our Bodies, Ourselves as well as my first Joy of Sex by second semester. The next year, upon obtaining The Pill through the Student Health Center at San Jose State, I dove, for better or for worse, into life.

I gave myself respites from The Pill. I underwent group counseling from the South Bay Planned Parenthood after college, and marveled at the mostly white young women who had gotten pregnant first and either kept their children or terminated their pregnancies, and then received information about birth control. I emerged from those sessions equipped with a diaphragm and information about spermicidal creams and gels. I loved, lost, and moved on to San Francisco.

And that’s how I met Robert, at the goodbye party from my previous job.

We did miss each other and called one another, running up phone bills on both sides of the Atlantic. He wrote me from Britain and from the Arab oil kingdoms. He sent me books, among them Style Wars and The Raj Quartet. One week, I tried to woo him with a letter a day. He wanted me to come there; I wanted him to come here. Nothing was resolved, except that I had bought a ticket to visit him in Britain that upcoming spring.

However, I became panicky with my changing body, which included morning sickness and nearly fainting to the floor of a trolley bus. After I left early from an office party, I lay in bed and watched my abdomen pulse and shift itself in anticipation of new growth the rest of the evening. I felt so out of control—because my body was at cross-purposes with my own wishes—that at times, I pounded my stomach in frustration and anger until I became dizzy.

Finally, I took a home pregnancy test in October. The next morning, the indicator displayed those undeniable dark blue lines. When I took a much-needed break, I rushed down the hill to a phone booth and called my therapist, who briefly assuaged my weeping by calmly telling me to go to my doctor and get retested to confirm my condition. I did have Blue Cross through my job, and I did not want to wait for three more weeks for confirmation, so I went to the emergency room at San Francisco General.

I waited several hours for the results: alone, half-naked, my clothes on a hook, bored with the inertia, but waiting, no matter what, to go forward

The Planned Parenthood office that I knew in the San Francisco of the early 1980s no longer exists. Its previous location was on Bush Street, near Van Ness Avenue. It had been subject to occasional demonstrations and even attacks by anti-abortion activists that made TV news. I recall that I had to get past a couple of layers of security to arrive for my first counseling session. There, I was very clear about what I wanted. I did not wish to keep or to put the child up for adoption. I wanted an abortion. We made the appointment for the procedure within the month.

With my therapist, I was harder on myself. I was unhappy about what I felt was my laziness in “getting caught”; I had not taken care of myself. He cautioned me about beating myself up for what I felt was a serious lapse, and what he felt was something that could have happened to any woman.

One night, I remember turning off the television and talking with the spirit that I felt was within my body, as if it were a friend and not an adversary. I apologized to it that it wasn’t time; that I wanted it to return when I was ready. If not, I asked it to return to the Universe, or to find somewhere else to reside and grow and become.

I will always think that something or someone heard me, because several days later, I began to bleed. At first it was light discharge, and then I had to wear a menstrual pad. I was having a miscarriage a few days before the scheduled abortion. I called the emergency line at Planned Parenthood and reached a nurse-practitioner who listened to my story, and told me to stay calm and wait by the phone. She relayed this information to the doctor, another woman, who also called and was reluctant about going through with a D & E if I was naturally miscarrying without any complications.   She did not want to charge me the fee. However, she warned that there was always the risk of leftover fetal matter in the womb that might lead to infection. I said that I did not want that to happen, because I still wanted to have children. So we agreed to continue with the procedure that following Monday in the afternoon.

What I remember was almost like a dream. I didn’t know what else to say that had not been said for weeks. I was shaky, but I was going to be free. There was my therapist calling me before I left for Planned Parenthood. I told him that I had just turned off a daytime TV show where the host and the guests were concerned about quality of life. And I wanted to offer a better quality of life not only to a child, but to myself in the future. The doorbell rang and we said our goodbyes; and there was Bruce, a writer friend, who had been one of my confidants during this time, who accompanied me to the clinic and held my hand throughout.

Of course, it sounded a little like a vacuum cleaner. There were two medical professionals there other than the doctor. There was anesthetic, but the suction still pinched at me, and as I breathed, I went owwwwww and ooooooooh. Ooooooooh, said Bruce, in response. “Just a little more,” the doctor said. “We just want to make sure that we get it all out.” It seemed an eternity on my back and between my legs, but it was only about ten or fifteen minutes. And then, finally, it was over.

I remember taking a cab home; I think Bruce needed to walk it all out. I didn’t blame him. I ordered a meal for home delivery. I returned to work in the middle of the week, calm and relieved and feeling lucky. And Robert, as it turned out, came back to San Francisco for Christmas, but said that he preferred a Nigerian woman who had a history of kicking him to the curb, and not me. She died in a plane crash, and I never made it to Britain. 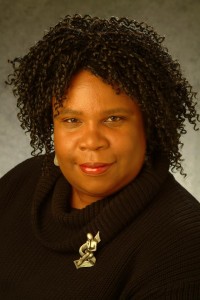 Gabrielle Daniels is a writer and literary critic who once reviewed upcoming books for the San Francisco Chronicle and The Women’s Review of Books. She has taught at Stanford University, Skidmore College, and the University of Wisconsin, Madison. Her work has appeared in This Bridge Called My Back, Writings by Radical Women of Color and The Kenyon Review. She currently lives in Madison, Wisconsin.