EMERGING FEMINISMS, What I Owe – The Feminist Wire

EMERGING FEMINISMS, What I Owe

This piece was performed during a class performance for the campaign: #WeAreHereDuke. Being a Black woman at a predominantly white university where the voices of marginalized peoples are often dismissed and silenced, #WeAreHereDuke was a platform through which I could express my experiences. This monologue is about my journey and transformation after an emotionally and physically abusive relationship.

If you would’ve told me September 6th that I would be recovering from the trauma of intimate partner violence months later, I would’ve called you a liar.

“I’m much too strong, much too independent to be abused or manipulated.”

Black women experience intimate partner violence at a rate thirty-five percent higher than white women. Something about my experience in my skin made me more vulnerable to this type of abuse. It didn’t matter how much education I had received. Domestic violence does not skip over you because you are college-educated. It affects men, women, and children no matter their socioeconomic status, race, class, religion, ethnicity, sexual orientation, gender identification, or ability. It does, however, affect different communities in different ways.

I had been living in this cycle of violence for two years without acknowledging it. In the beginning, we both longed for a true friend. He had a vulnerability that I had not seen in others, one that I longed to share. I knew he had suffered loss, but I was determined to love him past that.  I could bridge the gap when he was not able to.

I could heal the past.

I spent long days and nights nursing the insecurities that lay inside him. I took the emotional and verbal abuse as simply mean words spouted out in anger. I denied their true intent. Though the words cut my self-esteem and endangered my mental well-being I accepted them.

“It wasn’t his fault that his past messed him up.”

“He loved me the best way he could.”

I contorted myself, my beliefs, my values in the name of unconditional, healing love. But I kept this emotional and verbal abuse quiet from my friends and family, until the day I could not.

After a violent episode on the early morning of September 7th, I grabbed my sweatshirt and walked out the door. Only then did I began to understand how deeply wounded I was.

I was charged with breaking the cycle of violence in my family. My prayer is that we as a community will create spaces for those affected by violence to come together to recognize that violence and to dismantle the power it has in their lives.

For the women I knew, abuse cycled through their families, leaving each generation battered, creating new avenues for violence. I will rejoice because my children will be free from this cycle.

As I reconcile with the pain from my past I recognize one truth: I am enough. I do not need to alter who I am to be loved. Relationships have the capacity to teach us so much about ourselves, but the lessons should never include shrinking oneself. These are lessons that my grandmother and mother could not teach me, but I have learned them. I will never again diminish myself for the purpose of loving another person.

I owe it to myself to remain in full blossom. 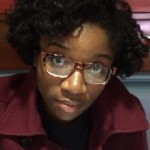 Brendane Tynes is a 2015 Duke graduate from Columbia, SC. As a Cultural Anthropology major and Education minor, she showcased her passion for social justice through community activism. Her senior honors thesis focused on gender-based violence in the Black student body and its intersections with race-focused political activism. She served the Durham and Duke community as President of United in Praise, Political Action Co-Chair of Duke NAACP, 1G Network mentor, Spoken Verb artist, Cardea Fellow, tutor in local public schools, and founder/primary educator of the Social Justice Collective. Post graduation, she teaches high school science as a Teach for America corps member in Charlotte, NC. She shares original poetry and essays on her blog blacklovedandfree.com.