Complexities and Messiness: Race, Gender, Disability and the Carceral State (Part I) – The Feminist Wire

Complexities and Messiness: Race, Gender, Disability and the Carceral State (Part I) 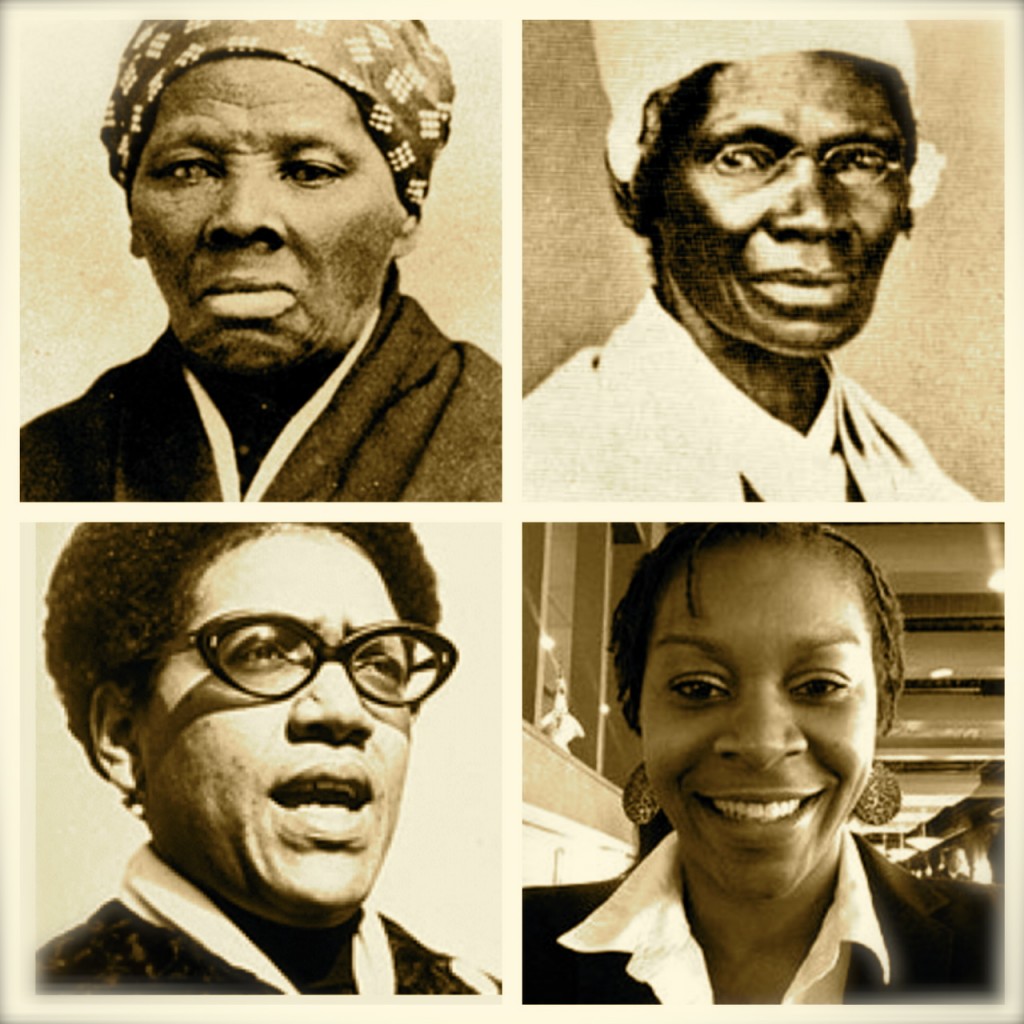 I’ve been an activist for decades, and always intentionally (and sometimes not) at the intersections of communities that are fighting similar battles. Whether it was fighting the multiplicity of discriminatory processes of Ohio State University administration’s actions and policies or protesting in front of the Supreme Court steps, there was never just one message, one articulation, or one fight. There was instead, and always, many going on at once. Working and living at the intersections is never an easy thing. It’s complicated and messy.

Sandra Bland’s arrest and subsequent death sparked a variety of conversations, protests, questions, challenges, and accusations. While many almost immediately questioned the reason for her arrest and cause of death, thus challenging the narrative of Officer Brian Encinia and the Waller County Sheriff, others questioned Bland’s behavior, drumming up all-too-familiar respectability policing rhetoric that occurs when one (particularly someone of color) is assertive in a confrontation with an authority figure. And while I could dwell on those who blame-the-victim (the Harry Houck’s of the world), I find myself, at this moment, more concerned with those who claim to be allies.

It goes beyond the narrow nationalism that can be prevalent within Black communities, which merely call on Black people to love Black, live Black and buy Black, keeping straight cisgender Black men in the front of the movement while our sisters, queer and trans and disabled folk take up roles in the background or not at all. Black Lives Matter affirms the lives of Black queer and trans folks, disabled folks, black-undocumented folks, folks with records, women and all Black lives along the gender spectrum. It centers those that have been marginalized within Black liberation movements. It is a tactic to (re)build the Black liberation movement.

The founders of the movement, Alicia Garza, Patrisse Cullors, and Opal Tometi, intended it to be inclusive and intersectional. I’ve no idea if these three women were thinking of the sage words of Anna Julia Cooper, Audre Lorde and Angela Davis (among other elder Black Feminists who called for this type of intersectional work) but I would like to think so. I bring up their intent because it is important, I think, to keep present in our minds where we wish/intend to be and what we intend to do or convey, especially when we aren’t quite there yet. And, I say this now not because it hasn’t been said before, but rather, because the issue of intent was brought home to me in a more personal way recently.

Approximately twelve days after Bland’s death a blog post was shared on my Facebook newsfeed by a former colleague. The piece, reprinted on ForHarriet.com, was titled, “We Must Change the Ableist Language of Sandra Bland’s Death.” Admittedly, I was a bit shocked by who posted it. Their academic work focuses on racism, specifically women of color. And to my knowledge, she had been involved in numerous justice works, to include the #BlackLivesMatter movement. She had also been on the receiving end of discriminatory processes. So I found her post odd. It confused me.

Many questions swirled in my mind: What was her intent? Did my colleague send this to me because I’m Disabled? Did she think this was a way to be my ally? Did she actually read this article? Did she consider what it meant? Is this maybe my fault – was it my job to explain what that word “ableist” means? What exactly was the author’s intent?

In the article, the author Danielle Stevens, argues,

Folks are saying “Sandra Bland was mentally sound” and “Black women like her would never commit suicide,” etc. Not only are we upholding precarious and dehumanizing ‘strong black woman’ archetypes that neglect to hold Black women in the fullness and breadth that we embody, but our failure to operate within a mental health & disability justice framework by making the assertion that Sandra Bland was ‘mentally sound’ in order to prove that she did not commit suicide is a dangerous narrative that both devalues black people who navigate mental health difficulties and trauma and also erases their/our narratives from the conversation.

It is understandable that Stevens wants to resist some of the language around Bland’s death. However, when you look at what’s mostly been said, it’s not whether or not “Sandra Bland was mentally sound” or that “Black women like her would never commit suicide.” Though some have indeed argued these points, the underlying issue seems to lean more heavily toward the belief that Bland didn’t exhibit the normal symptoms of someone who tends to attempt suicide (e.g. lack of interest in things, lack of goals, pulling away from community/family/friends, etc.). And this is not an ableist thing to say.

The burning concern for me, however, was Stevens’ argument about the “Strong Black Woman” archetype and how it dehumanizes and devalues those that have psychological disabilities. She writes,

Some black women don’t just wake up one day with mental health difficulties while the prized black women are strong, resilient, and beyond the impact of white supremacist state sanctioned violence.

Harriet Tubman had severe epilepsy. Sojourner Truth had a disfigured arm and hand. Audre Lorde was not only legally blind and a cancer survivor, she was a lesbian. And being a lesbian during her lifetime was unfortunately seen as a medically diagnosed psychological disability. I highlight the latter not because I agree with it. Disability is a social construct that shifts and changes over time, space and place. And one’s disability quite often disappears when one is a significant figure within history. So, while I dislike reminding people of a recent medically created nightmare, I wish to draw attention to the complicated nuances of and between Disabled people and the reading/naming of disabilities.

Yet I am also trying to further complicate the “Strong Black Woman” archetype. I understand the need “to hold Black women in the fullness and breadth that [they] embody.” However, the splitting Stevens does between “black women with mental health difficulties” (Disabled Black women) and “prized black women” (Strong Black Women) doesn’t allow for that either. While I haven’t read any of her other works, this essay reinforces the notion that Disabled=weak and abled=strong. However, all Black women have to deal with white supremacist state sanctioned violence, and that takes strength. In other words, “black women with mental health difficulties” (and all other Disabled Black women) are strong just as the “prized black women,” Stevens suggests are their counterpoint, are strong. The trope devalues. But naming strength does not.

“Black women with mental health difficulties” and “prized black women” are not necessarily two different sets of women. It’s understandable that Stevens might not make the connections between Disabled people’s history and Black/African American history. Most people don’t. But choosing to simplify the complexities of histories, naming, identities, social structures, etc. in order to further an agenda isn’t cost effective for any of our survival. Stevens’ push for a “mental health & disability justice framework” wants to leave space for the possibility of suicide and press against harmful racial tropes. She missteps, however, by arguing in a manner that oversimplifies a complex issue not only in terms of race but also in terms of disability.

Disability rights activists have fought long and hard against the notion that “disability” = “weakness.” To perpetuate this stereotype of disability in this manner does both the Black community and the Disabled community a disservice. At the same time, I would be remiss to not acknowledge the problems within the Disability rights movement that tend to reproduce racism and contribute, in a variety of ways, to white supremacist state sanctioned violence. Simultaneously, there are many things, as Garza and others have pointed out, that the BlackLivesMatter movement has not yet addressed in any real way. Many Black women sit at the intersections between race, gender, sex, sexuality, disability, etc. Social-cultural-historical-political mis/interpretations of these things work in concert to create and maintain systemic state violences in all forms and functions.

Bland pushes BlackLivesMatter to critically engage disability. Still, I’m concerned about the extent to which Stevens’ criticism, to some degree, is already being used by some Disability Rights activists to create a schism between them and BlackLivesMatter where none need exist. Her criticism of the commentary surrounding Bland’s death (#‪‎IfIDieInPoliceCustody‬), while understandable, is harmful. More specifically, it’s injurious to Black women with psychological disabilities by virtue of its reliance on stereotypes of disability. And, it’s unhelpful to Bland. She herself noted she had epilepsy. Is Bland any different from Tubman, Truth or Lorde? Might we think of each as strong Black Disabled women? Does the trope make void the strength one must have in order to fight white supremacy? Or, does disability void strength? Might each of their fullness include both disability and strength, and not as totalizing but as aspects of their being?

We need to sit with the intent around erasing disability from historical and present narratives and what that erasure conveys when thinking about heroic figures.

Be sure to check back for Part II later this week. I will be turning toward disability, Black women, the carceral state and BlackLivesMatter.

Carolyn Tyjewski is an activist, scholar and writer for well over 20 years. She has degrees in Black Studies and English from Ohio State University. While at OSU, Carolyn, along with many other minority student leaders, created the first class action form of civil rights complaint ever submitted to the Department of Education, Office of Civil Rights. This successful disability discrimination complaint led to a series of similar and successful complaints filed against OSU by various minority communities. As an independent scholar in Black Studies, Critical Disability Theory, Critical Race Theory and Disability Studies, some of her work includes: “The Male Rapunzel in Film: The Intersections of Disability, Gender, Race, and Sexuality,” co-authored with Johnson Cheu (Performing American Masculinities: The 21st Century Man in Popular Culture.  Eds. Elwood Watson and Mark Shaw. Bloomington: Indiana UP. 2011), “Ghosts in the Machine: Civil Rights Laws and the Hybrid ‘Invisible Other’” (Critical Disability Theory: Essays in Philosophy, Politics, Policy and Law. Eds. Dianne Pothier and Richard Devlin. Vancouver: U British Columbia Press, 2006), “Hybrid Matters: The Mixing of Identity, the Law and Politics” (Politics and Culture. Eds. Amitava Kumar and Michael Ryan. Issue 3, July 2003), “On Identity and Invisibility: The Tragic Mulatto Theme in Andrew Niccol’s Gattaca” (Disability Studies Quarterly. 20 (Summer 2000), and various creative non-fiction pieces like, “Learning Within the Lines: Disability, Education and Possibilities,” co-authored with Johnson Cheu (Delirium: An Interdisciplinary Webzine of Culture and Criticism. Disability Culture Issue. 1:4, May 2002).