I go to the forest

I go to a place

The forest is the only cathedral 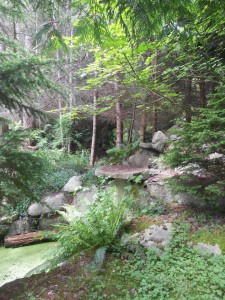 self-government is a very scary idea to some:

delight of our poverty and despair

the poverty and despair which has been created by an

Rose Moses is an Ojibwa First Nations woman from Northern Ontario. She was active as an activist in Ottawa in the early years of being a young mother and now lives on a farm just outside of Ottawa. She is still very connected to the environment through First Nations ceremonies. When she introduced her young son to the earth as his Mother, the moon as his Grandmother, she could see how much of an impact this relationship has made on her son, who is now an environmental activist also. She believes that having a relationship with the earth, moon, sun, and water etc. can open new ways of seeing life around you and inspire you to become protective and proactive in your relationships with the environment. We are all related because we are all breastfed by the same mother: Mother Earth.