No One’s Daughter – The Feminist Wire

Last week in class, we watched Queen, a Bollywood film about a middle-class Indian woman who, after she is jilted by her fiancé, decides to spend her “honeymoon” alone. She chooses Paris and Amsterdam because she always wanted to go there. During our discussion of female empowerment as a persistent theme in contemporary Bollywood films, including Queen, a female student asked, “But why does she need to leave India to find herself, if that is at all her intention?” “Good question,” I said. “And the answer is already implied in the question. She needs to leave India because India is the site of her disempowerment, where she cannot even do the work of imagination—imagining a different, a happier, healthier, free self.” 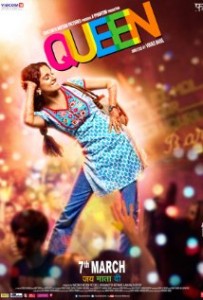 The female student and others nodded in the affirmative as if they completely grasped what I meant. For a moment I was taken aback by their instantaneous perspicacity. And then I understood. They all knew of the infamous rape story from 2012. They knew of India’s rape culture. They knew of India’s misogyny par excellence. So setting a movie about a middle-class woman’s empowerment elsewhere is as unsurprising as it is believable. In fact, a foreign setting for such a project of female empowerment is a logical imperative.

I would argue, however, that a foreign setting in this case is less a testament to the civilizational evolution of the West and more a mode for recuperating the essential idea of an ethical nation (a battered idea by now). And as long as “woman” and “nation” are inextricable, her empowerment remains a misnomer, irrespective of the setting of such projects.

This is exactly the problem with the documentary Daughter of India by Leslee Udwin (2015). The documentary “examines” a horrific event that shook a nation—the brutal rape and murder of a 23-year old medical student in Delhi in December 2012. The documentary includes interviews with the two accused and their lawyers who repeatedly blame the victim for the rape-murder. Their claim that the “victim shouldn’t have resisted instead allowing the rape to happen” has generated a firestorm in the media, national and international. While Udwin successfully highlights the problem of culture, the problem of nation emerges only in the aftermath of the documentary’s release on YouTube and BBC, in terms of who speaks for the nation and its daughters.

But the burning question is: how is the rape victim “India’s daughter?” How does the Indian nation have any claim on girls and women raped and brutalized by men in the half century of its independence from colonial rule? To call a victim of rape “daughter,” rather than a woman-citizen of a republic whose fundamental human rights are violated, is to re-inscribe the nation that imagined heteropatriarchal community into the discourse of law and citizenship of a modern state.

You own a daughter, not citizens. Daughters have obligations, but citizens have rights along with obligations. Daughters labor for free, but citizens are paid for work. Daughters can be bought, sold, raped, murdered by and within their birth families or those they are forced to adopt via marriage, with uncertain consequences for the perpetrators. Citizens have recourse to law and courts for any injury, small or big, to self. Perpetrators are subject to punitive justice.

A daughter belongs to a family, a community, a nation, but a citizen is a member of state with legal rights and protections. Someone always speaks on behalf of the daughter. A citizen speaks for herself in her own voice. Someone always claims to protect the daughter from the strange and the stranger. A citizen protects herself from the familiar and the strange, for both are equally and potentially a threat. A daughter finds herself talked to, over, and for. A citizen talks for herself, bravely and surely. A daughter is forever subjected to guilt for potential transgressions and violations of self. A citizen walks her guilt to the court, dragging her transgressors and violators in her wake.

The point of such a comparative litany is to demonstrate the problem of categories and discourse, especially relating to the female condition. In the aftermath of “shock” over the rapist/murderer blaming the victim for the brutalization in the documentary (what did we expect the accused to say?), the media discourse skirted between who has the right to speak and who has the right to represent. Should the documentary have been made by an Indian rather than a British filmmaker? Should she have interviewed the accused and his lawyers? Couldn’t she have interviewed rapists in the West, of which there is no shortage as per the statistics available? Why did she need to travel all the way to India for this project? 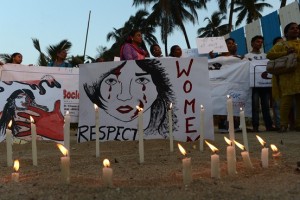 A quick answer to all the questions above is: Leslee Udwin could only make this documentary in India because it is about an Indian case (the rape of Nirbhaya), not a western one. And any story has both good and bad—a one-dimensional story often fails to generate attention that it is meant to. In this case, getting the accused to speak is not a mode for his decriminalization—to the contrary, in fact. The accused in speaking reaffirms his criminal status while implicating heteropatriarchy in the process as the source of his bravado.

Our “shock” upon hearing what we already know renders the documentary successful in adhering to the multi-dimensionality of a heartrending story, though we want to deny it. We want to reject the documentary as being partial to the accused, an ultimate insult to the memory of the brave victim. Distress and shock could be synonymous cousins. But the subject of the documentary is “rape,” so it is difficult to escape either of these two emotions while watching it. Most importantly, the documentary does not attempt to baptize the accused. In fact, it defrocks the high priests of heteropatriarchy—the lawyers, judges, and courts of law. It allows us to juxtapose, as if on cue, the accused accusing the victim of her victimization and the legal defense sounding off on recalcitrant women who deserve no less a fate for violating heteropatriarchal imperatives. (Never leave home alone, never with a non-family member, and never at night). What is this if not betrayal, asks the documentary.

I ask: what is this if not heteropatriarchy, represented by the accused, the lawyer, and the judge, pushing back with vengeance against a woman-citizen for daring to fight back, literally and figuratively? What is this if not heteropatriarchy using nation/culture to undermine law/citizenship? So when the discourse of an “authentic insider” or “nativity” is deployed in rejecting the documentary, the discourse of nation/culture is deployed simultaneously and appears to even rest on the same continuum as heteropatriarchy. Simply put, the question of who speaks for the victim hovers dangerously close to who speaks for the nation. And it is exactly this conflation of victim and nation (or victim’s nation?) that ought to engender outrage – not the accused reaffirming his heteropatriarchal privilege and hence his guilt in the documentary interview.

Nirbhaya was her parents’ daughter, not the nation’s. They built her into the person she became, not the nation. They mourn for her every day, not the nation. Nation makes itself present only when there is an outsider present (in this case, the British filmmaker), who shames the nation by focusing on that which the nation is already ashamed of but would not confess to. Nation has no shame in promoting its imagined ethical center in the face of entrenched cultural practices of shaming women. It is an insidious emotion that rests comfortably in the individual and collective psyche of a community, debilitating the humanity of both at the same time.

Heteropatriarchy ensures the inhumanity of nation, whether this is deployed against a documentary about a “daughter” destroyed (Daughter of India) or a film about a “daughter” outsourced (to “safer” places to safely find herself, as in Queen). Heteropatriarchy renders both “daughters” non-woman and non-human. Both daughters ultimately are sacrificed before a nation, albeit in different ways. Nation will not allow either woman/citizen to be free—emotionally, physically, legally, or sexually.

I am furious with the nation—why isn’t everyone else? I am sick of the nation—its intrusions, its false promises, its violence towards women for the last half century and more. I want to see it dismantled in discourse and in projects of re-representation. Only then will heteropatriarchy start shaking in its boots; and shake it we must. My survival as a woman/citizen depends on it. And I am not India’s daughter. Never will be, never want to be.

Related ItemsBollywoodDaughter of IndiaIndiaLeslee Udwinrape
← Previous Story COLLEGE FEMINISMS: When She Breaks Your Heart: A Collection of Poems
Next Story → ELEMENTARY FEMINISMS: The Lucky Ones [Trigger Warning: Discusses Sexual Abuse]