A State of Rage (for Toni Cade Bambara) – The Feminist Wire

A State of Rage (for Toni Cade Bambara)

By Aishah Shahidah Simmons on November 19, 2014

Toni Cade Bambara was an important catalyst for the creation of my film NO! The Rape Documentary. In one of my last of many scriptwriting workshops taken or proctored with Toni at Scribe Video Center, the vision for what evolved into NO! The Rape Documentary was fully conceived.  This particular workshop was very special because all of the students were women including Tina Morton, Crystal Morales, Sherri Denise James, and Wanda R. Moore. In Toni’s workshop, I expressed tremendous frustration and difficulty with transforming my thoughts and my feelings in my head about “The Rape Video Project” to images on paper. Sensing that I may come to class empty handed or worse, not come to class at all, she followed up with a big sista “take no prisoners” voice mail message telling me that I better come to class and I better not come empty handed. Her message was my initiation by fire and it was grounded in love. I am forever grateful. That December 1994 evening I conceived and gave birth to my choreopoem A State of Rage (ASoR) in my apartment. ASoR served as the steady twelve-year roadmap from conception to completion in 2006 when NO! had her world premiere at the 2006 Pan African Film Festival in Los Angeles, CA. 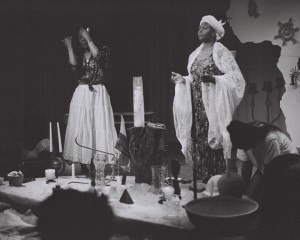 Throughout US history Black women have been sexually stereotyped as immoral, insatiable, perverse, the initiators in all sexual contacts – abusive or otherwise. The common assumption in legal proceedings as well as in the larger society has been that Black women cannot be raped or otherwise sexually abused…
—African American Women In Defense of Ourselves2

I am angry that the very same people . . .
Particularly those designated Blackmaleleaders. Y’know the ones who supported Tawana Brawley and yet charged Desiree Washington with treason against the Black community.

This is a meditation peace.
A peace that is uncompromising.

A peace that doesn’t hold back for the sake of community.

A peace that vehemently rejects the notion that Black women have to sacrifice our bodies and silence our tongues for the sake of the community.

A peace that will include the diversity of women of African descent, regardless of class, physical ability, sexual orientation, and/or religion.

From the time we were brought over here in SHACKLES

This is a meditation peace

We have been under physical, emotional, and spiritual attack.
OUR ABUSE HAS BEEN IN THE DUNGEONS IN WEST AFRICA, WHERE AFRICANS WERE HELD CAPTIVE AND ENSLAVED. 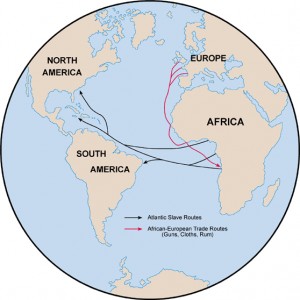 A healing peace
On the auction blocks

A meditation peace
In the fields

A meditation peace
In the factories we worked

A healing peace
In the homes we lived

A meditation peace
In the schools we founded and attended

A healing peace
In the churches, mosques, and temples where we worshiped

A meditation peace
In the movements we led

Given this history. Given Black women’s her story. Given all of our his/her story, will someone please tell me what the HELL is rape?

Is it enough for a woman to say NO!
Ask the question?

To protect her virtue, her womanhood…
As defined by a heterosexual patriarchal point of view.

Does a woman’s behavior, attire and/or poor judgment justify her rape…her sexual assault, Physical or verbal?
No

Did you hear me?
Ask it again sistah; we don’t think they heard you.

I said, does a woman’s behavior, attire, and/or poor judgment, ever, ever, EVER justify her rape, her sexual assault, physical and/or verbal.