The Religion of My Rape – The Feminist Wire

Home / Religion / The Religion of My Rape

The Religion of My Rape

By Guest Contributor on November 6, 2014

Whenever the epidemic of rape in Egypt makes the news, I am destined to think of Joyce Carol Oates.

Last summer, the author took to twitter to question whether Islam was responsible for the widespread incidence of sexual assault in Egypt, an argument people continue to make today. As a Muslim woman, I desperately wanted to respond to Ms. Oates’ tweets. I held my cursor over the “reply” button countless times. But I’ve been silent about the things I would have said, about why I follow Dennis Rodman on twitter, and why Pearl Jam is my favorite band, and how my heart shattered for women in Syria who felt like they had to be silent, too.

I have been silent.

I have, of course, told a few close family and friends. When one of them asked why I, a writer and feminist, had never written about the things I have been silent about, I said because if I talk about the ways I’m affected— how stairwells and wooded areas and workers in my house scare me—people will say I am so sorry, and maybe a lot of people will say it, and then I’ll be the thing that happened to me instead of being me.

But I’ve been haunted by Joyce Carol Oates’ tweets about rape in Egypt, even though she eventually backtracked, because they were lazy and bigoted, but mostly because they reflected such a narrow reading of the facts. There are other facts, of course, things I would have said if I had not been silent. For example:

No Muslim teacher ever put his hand on my thigh in the eleventh grade after leading me, distraught, to his office when I learned that a friend committed suicide.

No Muslim police officer ever showed up at my law school apartment after I reported harassing phone calls and told me that his day got a lot better when he saw me, and then made himself comfortable on my couch, looked me up and down, and asked if I lived alone.

No Muslim law partner ever gave me a bad review when I rejected his sexual advances.

And no blond-haired Muslim poet ever gave me a roofie on a date and took me to his home and raped me.

No Muslim man stuffed my nylons in my pocket and let me take a cab home alone in Washington, D.C. in the middle of the night, high on a drug I didn’t know I’d taken, only to wake up the next morning with memories that surfaced in jagged pieces after I discovered that I couldn’t sit without wincing and that there was blood.

My rape and the culture in which it occurred were very non-Muslim affairs.

My survival, however, is not. It is a half-breed: It is part Catholic, like I was at the time of the rape, and like the church I walked into afterwards to say I was sorry. I’d sat for twenty-four hours with the kind of coming-out-of-your-skin sensation that will burn you up or out, or both. I thought if I owned it, I could get rid of it. I have no idea what the priest talked about at that morning’s service. I was too busy dumping my shame in the aisles and on the pews and all over the vinyl-covered kneelers. I tried to leave the shame there, but it followed me home to my apartment where I holed up long enough to risk flunking out of law school.

I was saved by a bad boy NBA player and a 90s grunge band.

Because I’d been a Bulls fan, I owned Dennis Rodman’s autobiography, Bad as I Wanna Be. I didn’t read it until I found myself locked in my apartment, unable to focus on my schoolwork. I opened the book and fixated on the quote from Pearl Jam’s “Alive” in the front matter. Eventually, I turned the page and read about how Rodman once sat in a truck with a gun and thought about killing himself, and about how he decided to survive.

I played Pearl Jam’s “Alive” over and over until I decided to survive, too.

I returned to my Jesuit law school, stoically told my professors the reason for my absence, and made up my work. I graduated. I started my job at a New York City law firm. I functioned at a high level. I figured no one outside of my closest circle ever needed to know.

I got married and converted to Islam, which means that the past sixteen years of my survival have taken place within the Muslim community. Conservative Muslims believe they are protecting and respecting women with strict rules about women’s bodies. But the logical conclusion too often is that bad things happen when women step outside of this paradigm. I have sat silently while Muslims said these things to me.

This is what happens to bad girls.

But just as Joyce Carol Oates’ original tweets failed to account for the one in four American women who are sexually assaulted, most of whose attackers are presumably not Muslim,  too many Muslims fail to consider the large number of Muslim women—many practicing, many covered—who are raped as well, often by Muslim men.

This is the sad, damaging chorus of the point being missed.

Recently, I read about Syrian rape victims who weren’t getting help because they, as Muslim women in a conservative society, would not admit to relief workers that they were raped. Their reluctance does not surprise me. Ms. Oates was wrong to blame Islam itself for rape—even though sexual violence is a problem in Muslim societies just as it is in other societies—but Muslims and other conservative religious communities need to own the ways they often shame survivors into silence.

Years after my rape, I sat alone, staring at the phone. Finally, I dialed information and asked for the rape crisis number. The male telephone operator paused before connecting me and gently said, “You take good care, okay?”

I hung up and burst into tears at the compassion of a stranger who didn’t need to know anything else about me—not what I’d been wearing, or whether I was on a date, or what religion I was—but who seemed to understand that something catastrophic had happened and it required care instead of shame.

Religion isn’t to blame for rape, and it’s not a panacea for it either. The practice of religion does, of course, encompass cultural meanings, including misogyny, which cuts across many faiths. Sexist and opportunistic interpretations of religious texts and tenets are one part of the larger social context for sexual violence. But we must never forget this: Ultimately, rapists are to blame for rape. Until we get that right, there will be enormous pressure for women to stay silent. And it’s in the quiet, dark spaces that shame takes root.

This is my rape, without creed or sect, praying for more light. 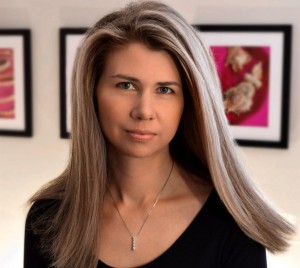 Jennifer Zobair is an attorney and the author of the debut novel, Painted Hands (St.Martin’s Press, 2013) and the co-editor of Faithfully Feminist: Jewish, Christian, and Muslim Feminists on Why We Stay (forthcoming from White Cloud Press, 2015). Her essays have appeared in The Rumpus, The Huffington Post, altmuslimah, Feminism and Religion, and elsewhere. Follow Jennifer on twitter at @jazobair or connect through her website at www.jenniferzobair.com.