COLLEGE FEMINISMS: A Litany for Jada and Janay: In the Spirit of the Lorde – The Feminist Wire

Home / Activism / COLLEGE FEMINISMS: A Litany for Jada and Janay: In the Spirit of the Lorde

COLLEGE FEMINISMS: A Litany for Jada and Janay: In the Spirit of the Lorde

What has been will be again, what has been done will be done again; there is nothing new under the sun.

There are no new ideas. There are only new ways of making them felt.

The lioness sums up one night of innocence defiled by spiked drinks, months of vicious online ridicule, and thousands of #jadapose tweets in less than two minutes—all while donning bold, fuchsia, matte lipstick. News 24 doesn’t usually release the names of rape victims, but Jada insists on visibility.

Flashbacks of watching YouTube videos of Anita Hill testify against Clarence Thomas in 1991 flood my memory. She wore bright lipstick, too. She sat up straight, too. She insisted on visibility, too. This is a story about repetition.

For Harriet tweets a photo of Jada, calling her “a hero.” This is a story about bravery, but I wish it wasn’t. I wonder what made them want to call her that. Then I remember the women standing behind, and for, Anita—the  ones not allowed to testify. I wonder how many stand in line behind Jada. 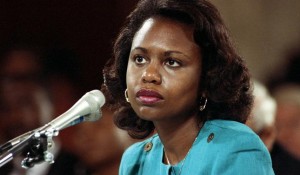 When they sit up straight and somber, being interviewed by journalists, or pressed by the press, Jada and Janay are sister survivors of the misogynoir that runs rampant on social media, threatening the physical, mental, and emotional health of Black girls and women everywhere. This is the same misogynoir that normalized Quvenzhane Wallis being called a “cunt” on Twitter by white entertainment media. It is the same misogynoir that afforded Gabrielle Union, Meagan Good, and Rihanna no rights of privacy when their nude photos were leaked. This is the same misogynoir that allows fights between Black girls to be set to music and looped repeatedly, garnering millions of views on Vine, Tumblr, and YouTube. While Black girls and women have always had their pain interpreted as public spectacle—Mary Turner, Joan Little, Anita Hill, Crystal Mangum—the “public” becomes undeniably larger and more intimately connected when it continues to virtually bond over their abused bodies. This is when the suffering is acknowledged in the first place.

There are no new pains, only new ways of inflicting them.

Corporate bodies collude in this abuse when they adopt an attitude of benign neglect that allows lethal combinations of misogyny and racism to be nursed in online communities. This attitude goes beyond lax posting policies that are touted as being under the guise of “free speech” (when oftentimes, the speech is actually hate, not free); it creates a culture of instant sharing that holds no one, and yet, everyone accountable. Online policies encompass notoriously tedious and bureaucratic reporting processes for harassment. Some would like to think of Twitter as a place where they can be free from their real-life identities, but what I know is this: people take their prejudices with them everywhere they go. These prejudices can be slightly tucked away depending on an environment, but they come out of hiding sooner or later—in a Facebook status during elections, on an Instagram post on Halloween night, and in 140 characters when a prominent male figure’s history of repeated rape allegations resurfaces.

There are no new mobs, only new spaces for them to gather.

Jada’s story comes to us as more than a cautionary tale about which friends to party with or a recommendation for ensuring that our drinks aren’t drugged. What do we do after that? Because what’s most fascinating about the dynamic between Black women and other people 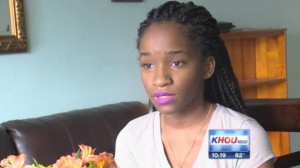 online is how they mirror collective investments in the denigration of Black women offline. After we click, read, scroll, tweet, and reblog…how do we see our sisters? The ones that are continually recycled as global scapegoats. The ones that are most likely to have their humiliation, anguish, and frustration become trending topics. The ones that are being deconstructed as they use these sites in some of the most constructive ways.

The first people I ever saw using Twitter and Tumblr for uses other than networking and affinity-blogging were Black women. The social media platforms were pedagogical tools when I knew nothing about female erasure or violence against transgender women. They were healing spaces when Maya Angelou and Nelson Mandela died, as well as when George Zimmerman’s “not guilty” verdict came. They were think tanks when mothers were jailed for making tough decisions. I saw the platforms as shelter when no one else would listen to the tales of our difficult childhoods: how having full breasts or wide hips at an early age meant that molestation, even at the hands of family members, was never possible and how taking care of younger siblings meant missing high school milestones. I could virtually celebrate with women I had never physically met when they attained bachelor’s and master’s degrees while raising three toddlers or when they proclaimed final separation from their abusive partners. I could understand these social media platforms as places to initiate conversations with people who were strangers on the screen but kin in politics; they were places to cultivate relationships and placed to build coalitions. Most importantly, Black women were the brain of these movements in cyberspace. And the heart. And the veins. And the lungs. Much like they are in real life.

But unlike reality, we always manage to put ourselves first in these online spaces—something that has, historically, been a near impossibility for us. I wonder if that explains the fixation with embarrassing us on social media through harsh, profane retorts to our opinions and side-by-side comparisons with animals. I wonder if that explains the speed with which new hashtags are created to counteract trending topics like #IAmJada and #YouOKSis. I wonder if our newfound allegiances to self-love and emotional health are so transgressive and foreign to some that they will continually reinvent ways to disprove our humanity.

I first heard of Jada through #jadapose. It was early in July when photos and a short video of her assault spread viciously through Twitter. They came from Houston, but went national when thousands of women and men tweeted “parodies” of themselves in her same twisted position: legs bent, arms contorted, eyes glazed over, Black girl body violated. Then thousands retweeted those. And thousands more retweeted those. Then I saw Tumblr posts from people who claimed to know “the real story:” how Jada had lied and spun her exposure. A 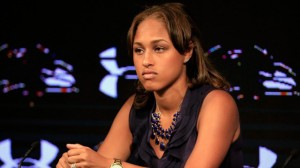 horde of Facebook statuses echoed those same unchallenged sentiments. Almost two months later, TMZ released full video of Ray Rice punching his then-fiancee Janay Palmer in the face…and dragging her unconscious body out of the elevator in which the violence took place. Bloggers, journalists, and feminists asked not why people felt comfortable consuming and mocking these kinds of violence; rather, they asked how this girl and this woman put themselves in these predicaments. How they could have gone to a party and not used the buddy system. How they should have watched their drinks. How they could have been more cautious in choosing their romantic partners.

There are no new victims, not even new ways of blaming them. 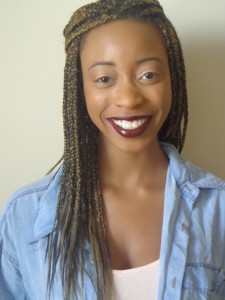 Cinnamon Williams is an Atlanta-bred writer and junior at Williams College where she is majoring in American Studies and minoring in Africana Studies. She is currently spending time at Spelman College in a domestic exchange program. Follow her on Twitter @ItsNotNutmeg.